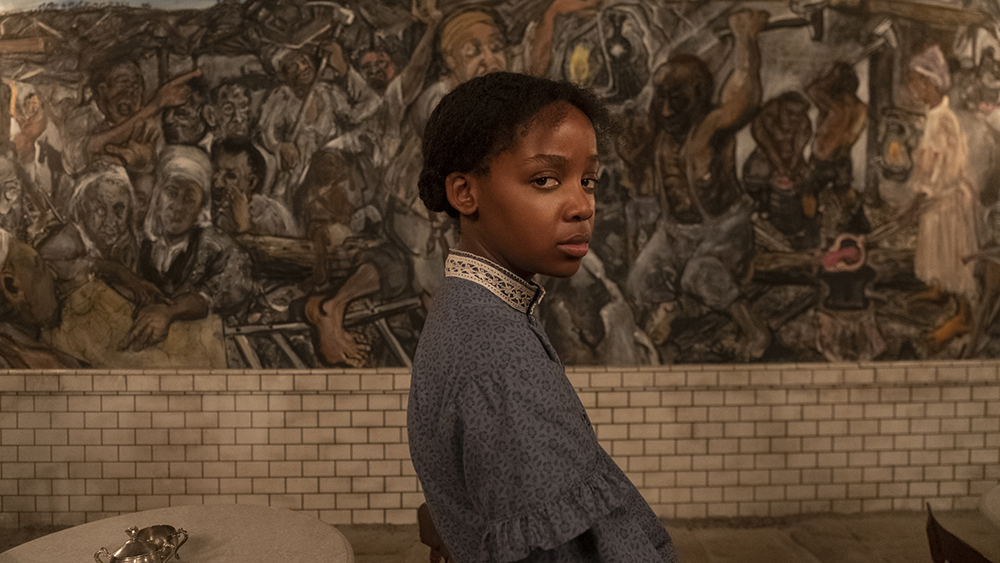 A few hours later, Britell received another text from Jenkins making sure the previous sample had been received, and that’s when the composer knew his mission. “I went off and started experimenting,” he says.

The result is a three-volume album containing the score to the visually arresting series. Based on Colton Whitehead’s novel, “The Underground Railroad” reunited the director and composer for the third time, following “Moonlight” and “If Beale Street Could Talk.”

The series chronicles Cora’s (Thuso Mbedu) journey as she makes a desperate bid for freedom in the antebellum South before the Civil War. After she escapes a Georgia plantation, she seeks the fabled railroad, and in this alternate history where the railroad exists, discovers it is full of engineers and conductors, and a secret network of tracks and tunnels beneath Southern soil that helps on her journey north and to freedom.

The concept of drilling downwards that Jenkins presented resulted in a four-note melody. “The most specific element that correlated to the concept of going underground was the descending motif of the E flat, D, D flat and C and that idea of drilling and digging,” Britell explains.

Once he had that, he says “it provided a possibility to play with that motif, and it provided a rhythmic hypnotic repetition that we started playing with.”

Britell added an inner descending chromatic element with chords that he further tinkered with, and in January 2020, when he was in Los Angeles with Jenkins, the piece became “Pillars.” He pushed the experiment further with a “shaking tremolo” on the strings which Jenkins loved.

Experiments and moving to L.A. to be in a pod bubble with Jenkins helped the creative duo come together to develop the essence of the score, which is haunting in its repetition and the rhythmic sensation of a train that could just as easily — and eerily — be the drum of a heartbeat.

The composer says that there is a subtle element to some of the motifs related to the railroad which is described as a “pitch clanging.” Adds Britell: “It’s six notes in a triplet pattern that recurs at certain times.”

Similarly, another sequence initially called “Floating” became the first eight bars of “Bessie,” a motif constructed with piano, harp and string was rhythmic and takes on different forms throughout the series. “That had a rhythmic symbology to the railroad,” says Britell. “You hear an initial version of that at the end of episode one, and it evolves from there.”

The key to the score, Britell explains, is that it “very consciously tries to express these different worlds.” He adds: “It’s never trying to be exact, this is what this is — it’s more about evoking the feeling of the different worlds on the journey, and that’s why there’s there’s not just one idea for each.” Much like Cora’s journey, Britell’s score, he says, “is more about an overall evolution.”