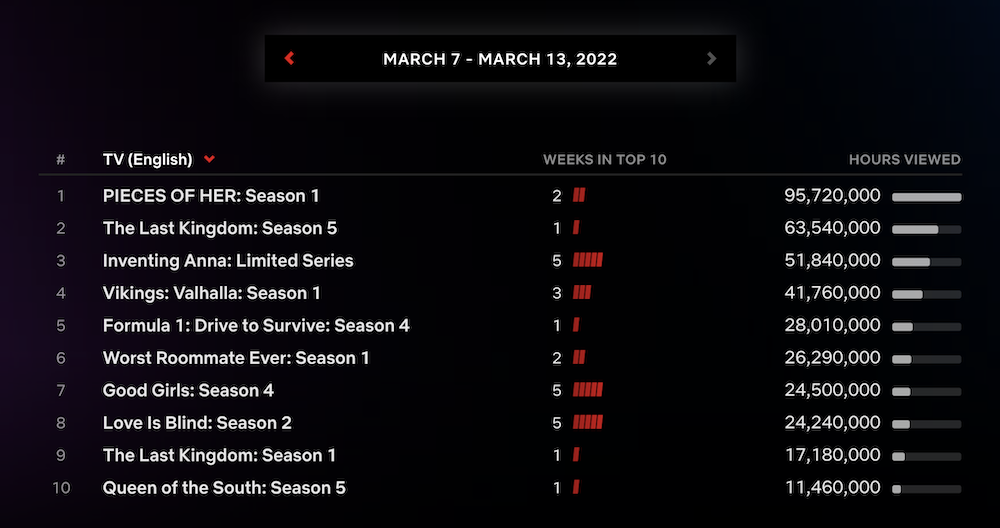 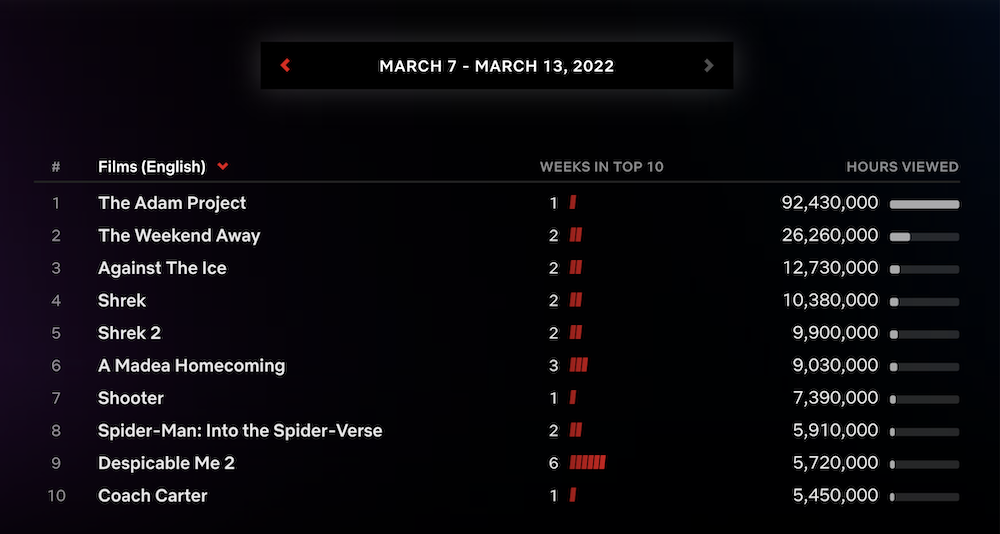 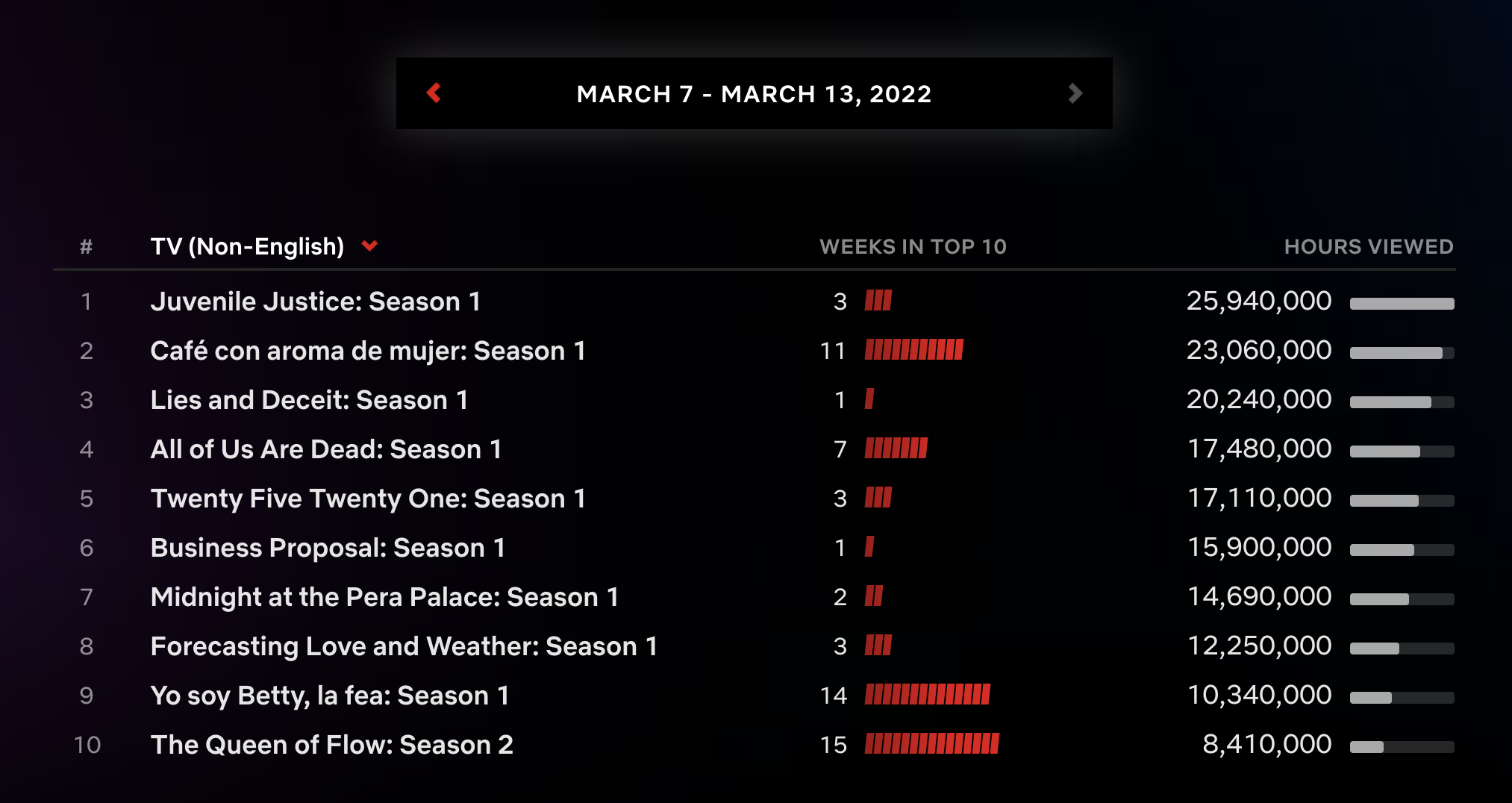 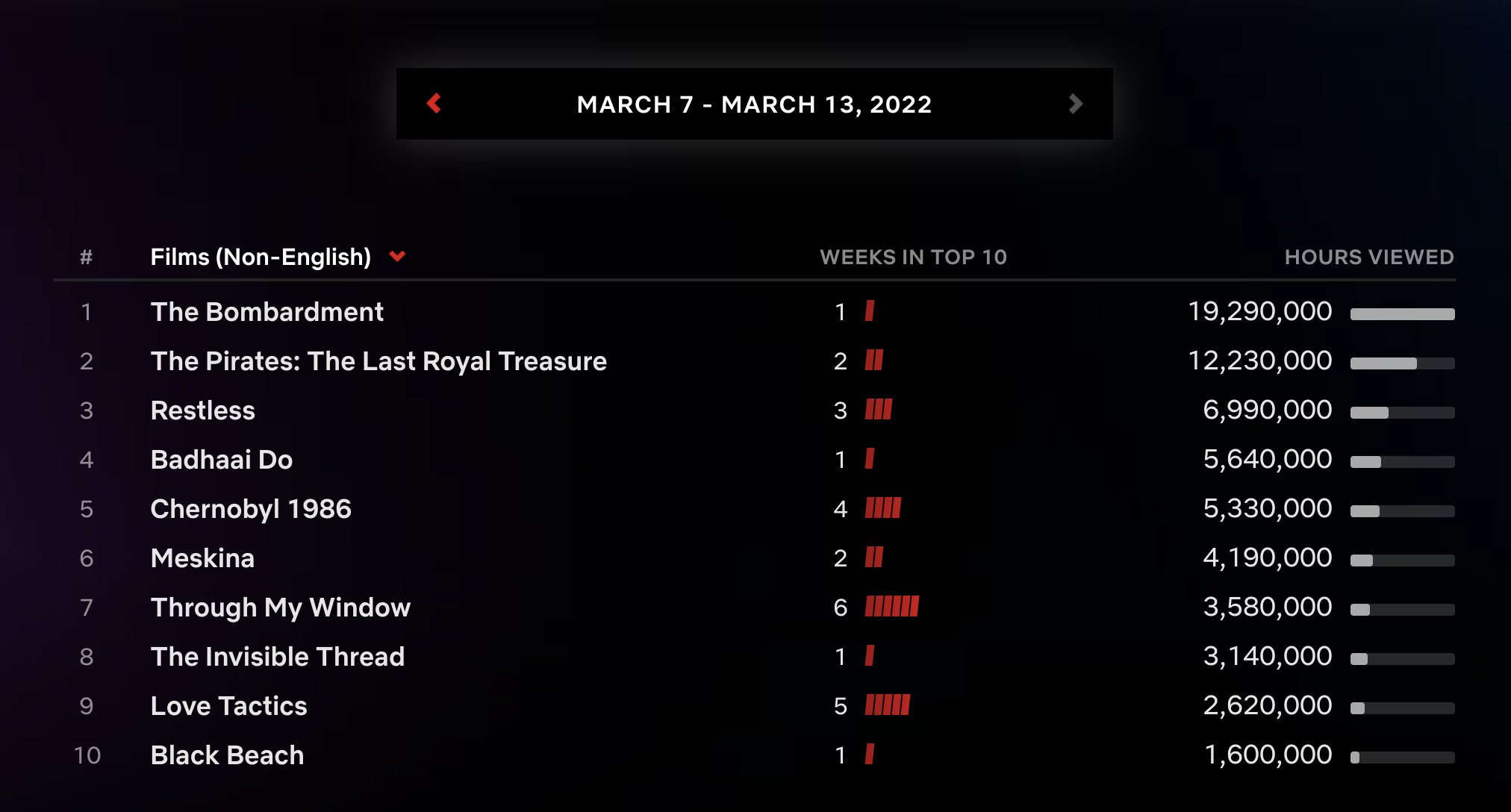 In February, Netflix began to feature daily Top 10 lists on its user interface to showcase what films and television shows had the highest streaming numbers. Although the feature doesn’t include exact numbers, it offers a glimpse into what is being watched on Netflix, which has historically held its data close to the chest.

“Love” has been available to watch on the streamer since 2017. However, it’s enjoyed a new boost in popularity due to a viral challenge being shared among TikTok users to watch the first scene and record their reaction. The film opens with an unsimulated sex scene between the two lead actors, one of several throughout its runtime.

“Every teenager that I can think of has watched [365 Days] and we kind of all fell in love with the main characters,” said TikTok user Isela Sule, one of hundreds who recorded their reaction. “It brought us to a movie called ‘Love…’ In the beginning of the movie we were supposed to show our face reaction… But, that’s how it all started with 365 Days.”

With many “365 Days” viewers now watching “Love,” it’s also likely that Netflix’s algorithms are suggesting the latter film to those who have watched the former, independently suggesting the film outside of the TikTok challenge.

“My friend sent me a link to the challenge and told me I should do it,” said Stephanie Trucco, another TikTok user. “It actually really caught me by surprise. And I didn’t think it was going to be anything, like when I did the challenge I thought ‘How bad could it be? Is it someone getting murdered?’ I don’t even know. I didn’t think it would have any shock value and when I turned it on I was like, ‘Oh my god, yeah, this is really big shock value.”

Both Trucco and Sule’s reaction videos have garnered thousands of views, as has Christopher Olsen and his partner Ian Paget’s, who went a step beyond a visual reaction by featuring their own vocal commentary on the opening scene. Olsen expressed astonishment over the film being featured prominently on the streamer’s top 10 considering its explicit content.

“You’d think just anyone would click on a top 10 movie as that’s a good indicator of it’s popular or good,” Olsen said. “You’re not really getting anything vulgar from it. You’re just kind of watching this very calming scene of lovers pleasuring each other and it ends once the man has finished, which they show. So you’re really not getting anything left out of the imagination… It’s kind of insane because I wonder if my dad is going to press it. ‘Oh what’s Love? That’s on the top 10?’”

However, it’s notable that none of the users interviewed for the piece actually ended up watching the entire movie, suggesting that the film has reached the top 10 even with many viewers only sticking with the film for its first few moments. In January, Netflix announced that the streamer counts just two minutes of streaming as a view.

“The whole movie is sexual, so I didn’t get to finish it because I felt very disturbed,” Sule said.

“I watched like an hour of it and it progresses very slowly,” Trucco said. “[It’s] like two and a half hours long, just a lot of back and forth and a lot of flashbacks and stuff. It got a little boring for me. “

“We were told to watch the full movie so we may do a full reaction to that after,” Olsen said. “I did scroll over what the rest of the movie looks like. The first scene is really just scratching the surface of what we’re going to get into… We’re going to have to do a full review, but it definitely just increases from there.”

The licensing rights to “Love” are set to expire in August, meaning Olsen, Paget and other curious viewers will only be able to watch the entire film for another month. However, if it only takes an immediately shocking opening that viewers want to share for a film to reach the top 10, it would only seem to be a matter of time before another viral challenge pushes an older release into an unexpected second wave of popularity.