My First Show Back 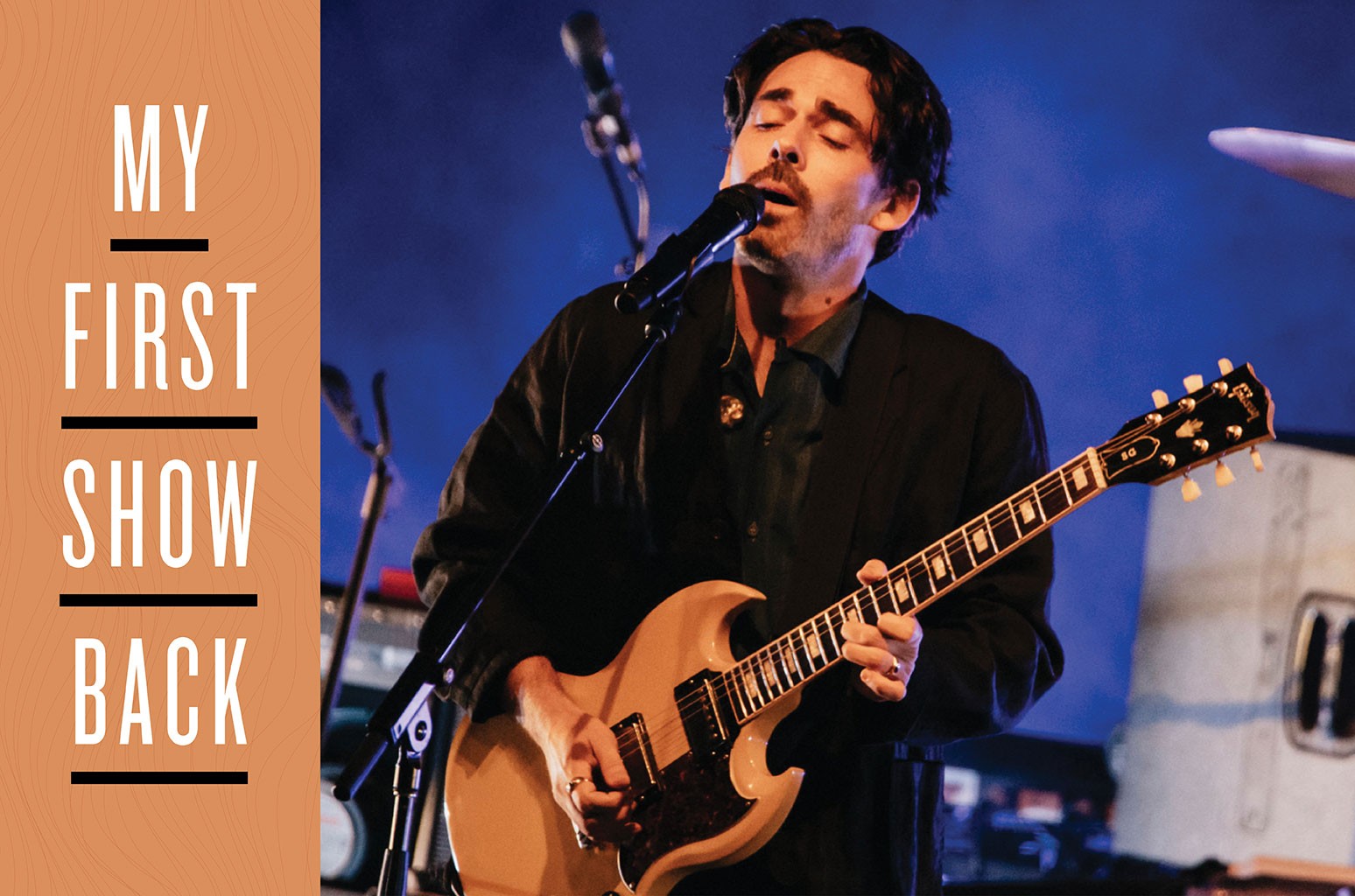 When we announced the show, I remember thinking it felt like a welcome back to life and freedom after this whole situation. We had, like, three weeks of that feeling before the delta variant began to spread. This whole year and a half has been, for us, about resetting expectations and really trying not to have them. Remember at the beginning of lockdown? They were like, “Guys, it’s going to be about three to four weeks. No big deal.” I really had to process the longevity of it all, and it shook everything up. One way that I dealt with it was, I have a son that was three months old when lockdown started and, for me, that was a wild thing because if not for the pandemic, I would have been gone a lot and been on tour. But instead, I was home with him for a year straight and that part was great.

He had never seen us play live, and I really wanted him to come to the show. I wasn’t sure how to think about it with the delta variant. We released a statement asking people to get tested before the show. My hope was that everyone who came was vaccinated, but it was too late to control that, so we asked everyone to wear a mask. We’re living in this new phase, and the fact that it was outdoors made me feel a lot better.

The day of the show was really amazing. We prepared a lot for this show because normally, you do a lot of preparation for a whole tour, but this was the longest period of time we haven’t played a show as a band ever. In fact, it’s even the longest period of time I haven’t played a show since I was 14 years old. Local Natives have been around for about 12 years, maybe, but I met Ryan [Hahn, guitarist] in high school. We were playing shows in high school, Kelcey [Ayer, singer and keyboardist], Ryan and I. So, it’s the longest time we’ve gone without performing live in, like, 20 years.

We really wanted to feel comfortable, so we did a lot of rehearsals. We actually booked a tiny rehearsal space, almost like a little garage. It was crazy. We hadn’t done anything like that in eight years or something, just for us to get ready to play. We did that for a week, and then we did a full production rehearsal with all our crew and everything. We got one day off before the show to just relax and chill and get ready, so when the day came, it was wild. I felt so happy and present. We, as a band, spent a lot of time focusing on the idea that no matter what, we just want to enjoy this show and present for it. That was the main thing we really talked a lot about after the preparation.

We released “Lemon” last year with Sharon Van Etten, and Sharon wasn’t in town for the show but we were really excited to play it live for the first time. We reached out to Lucy Dacus, whom we’re a huge fan of, and she just happened to be flying to L.A. two days before the show. She was like, “Yeah, I’d love to do it.” She came to soundcheck and she had never been to The Greek before ever. Her first time was soundchecking and performing at The Greek. She was amazing and killed it. That was a really fun moment and really special.

Going from not playing for the longest time in our careers ever to a sold-out show at The Greek was one of the most amazing and epic shows of our lives to this point. It was so wild. It felt nostalgic and back to normal, but still foreign and it was such a special, spiritual night. L.A. is our city, and we always feel so much love and support here. We all cried multiple times. I teared up multiple times during the set.

Performing is something that I — and we as a band — have always really loved. We’ve always toured a lot. Touring is tough. Everything is tough about touring except for the actual show itself, which is the best two hours possible in a day. It’s impossible not to take it for granted sometimes because it’s something we’ve done so consistently for over a decade. For it to be taken away for such a huge amount of time, I really felt that in my body. The ebb and flow of what a performance is, it’s such a crazy thing with a huge endorphins rush and a communal experience. It was really, really missed over the past year and a half.