‘My Best Part’ Review: An All Too Twee Character Study Tug-of-War Between Melancholy and Jealousy 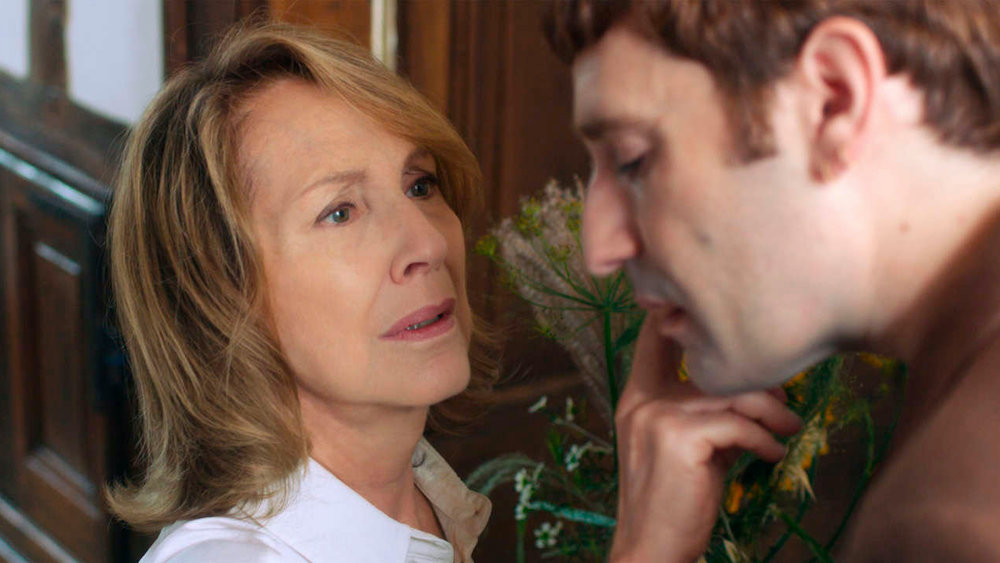 To say “My Best Part,” the directorial debut of “Call My Agent” assistant Nicolas Maury, revels in cringe-worthy moments is, perhaps, an understatement. The opening moments alone find a bowl-cut-sporting Jérémie (Maury) flummoxed by the very straightforward GPS directions spouted at him by his phone. Jérémie, you see, is a bit of a mess. A lot of a mess, actually. And, faced with the prospect of going left (or right? oh, why can’t he follow even the simplest of instructions?), the camera swivels alongside him, letting us take this frail waif of an adult man head on.

It’s such a laughable, nothing of a crisis — especially for someone on his way to group therapy, where he hopes to curb the gnawing jealousy that’s eroding the relationship with his dashing boyfriend — that you instantly know what Maury (and Jérémie, in turn) is grappling with. Here’s the kind of melancholy young man who might find himself at home in a late-19th-century sentimental German tale, yet who’s adrift instead in a 21st-century French Xennial character study.

When Jérémie’s agent (our protagonist is a struggling actor, naturally) suggests he audition to play the role of Moritz, the brooding, suicidal teen, in an upcoming production of “Spring Awakening” (Frank Wedekind’s 1891 play, not the Tony-winning Broadway musical it inspired across the pond), the match-up feels perfectly serendipitous. It’s a perfect distraction from his cratering relationship with a lovely vet (Arnaud Valois of “BPM”) and a perfect excuse to spend some time with his mother, Bernadette (played by the always exquisite Nathalie Baye), out in the country. Maury’s decision to thread Jérémie’s story with the one sketched out by Wedekind, whose horny, melancholy and angst-ridden teens remain relatable today, is the kind of intertextual flourish that makes “My Best Part” almost too twee for its own good.

Even so, there’s fertile thematic ground to plumb here, and together with co-writers Maud Ameline and Sophie Fillières, Maury goes all in. What does it mean to feel so much that such sentiment destroys you? What do you do when so much of what you want feels endlessly out of reach? What must one do to go on in the face of self-directed rejection? But with a subplot involving a recent suicide in Jéremie’s family, “My Best Part” is at times so overdetermined one is left with little else than a very committed Maury. The actor makes Jérémie insufferable (cringe, if you will) while mugging for our attention, if not our outright sympathy amidst a script that telegraphs its themes in bold lettering.

Then again, cringe is precisely the point. The level of crippling introspection Jérémie suffers from (and subjects himself to, really) merely cages him further in a trap of his own making. One further highlighted by Olivier Marguerit’s twinkling, angsty piano-heavy score. Jéremie’s softness, he knows, makes him a fallible target. He doesn’t think of himself as hot enough or talented enough (“What’s wrong with me?” he asks at one point, “Why does nobody want me?”) and has so internalized what he thinks the world of men and producers make of him that such anxious feelings crowd away any sensible approach to life. It’s why he’s so jealous of Albert (Valois). Why he follows him at night. Why he installs a spy cam in his living room. He can’t help himself.

At times, especially once Jéremie finds solace in his mother’s orbit, the film feels like an attempt to reclaim a sentimental vulnerability that has, perhaps, fallen out of fashion, out of time. And to his credit, Maury throws himself with abandon into this role. There’s an ugliness to Jéremie’s own sense of self that is particularly hard to watch — especially for gay men of a certain age. Maury may shoot himself from decidedly flattering angles, but he’s also not afraid to really dig into the fidgety, ungainly nature of this most sentimental of creatures (not only an heir to Moritz but to Goethe’s Werther).

It’s no surprise actor and director are at their best when focusing on tender moments (Jéremie and a beautiful boy running lines by the pool; an electric, lingering close-up of Baye as her character ponders the contentment her son has found in his new puppy) rather than those where secondary characters (an irascible female director, a coy filmmaker, Jéremie’s agent) written in italics show up to ramp up Jéremie’s many tic-ridden mannerisms.

True to Jéremie’s spirit, “My Best Part” (or “Garçon chiffon” in French, a nod to Bernadette’s nickname for her son, awkwardly translated to “napkin” in subtitles) won’t be to everyone’s tastes. It can be grating at times, if incredibly raw and revealing at others. There’s a meandering feel to the screenplay even as it relies on an overly schematic structure: It’s Moritz to whom we return for its denouement, the audition a powerful moment of emotional self-cannibalism. We end with a welcome embrace of the flamboyant melancholy Jéremie now feels emboldened to embrace, an emotional chiffon confection of sorts that, no matter how cloying, gets at something ineffable about the strength one can find in softness.