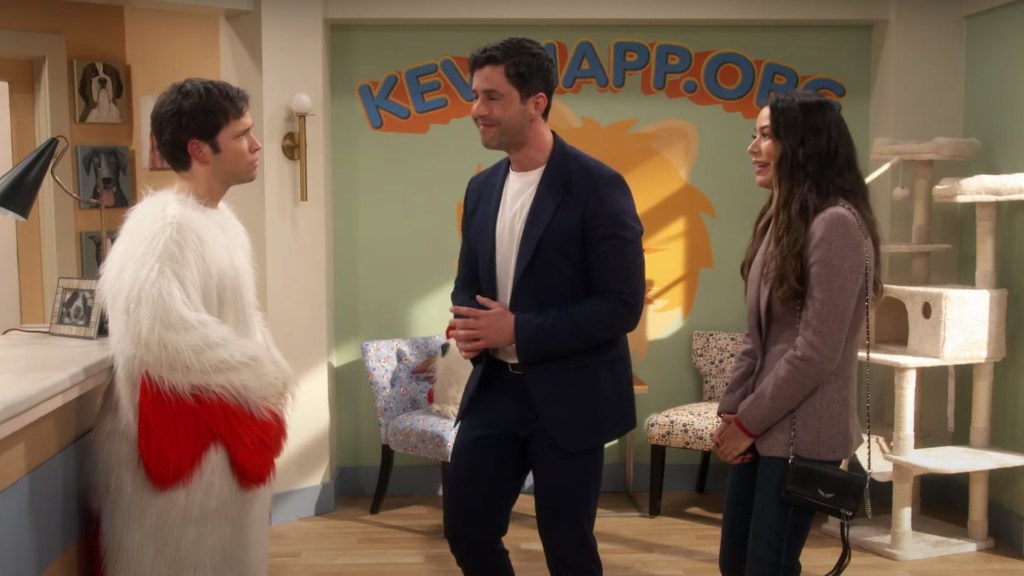 The worlds of “iCarly” and “Drake & Josh” are finally colliding.

The first trailer for Season 2 of Paramount Plus’ “iCarly” revival shows off guest star Josh Peck, who’s joining the new season as Carly’s aggressive manager Paul. Peck and Miranda Cosgrove used to be co-stars on Nickelodeon’s “Drake & Josh,” before Cosgrove broke out as the star of the original “iCarly” series in the late 2000s. The new season of “iCarly” will be the first reunion for the two former Nickelodeon teen stars.

“Miranda is a good friend of mine, and when they announced the new ‘iCarly,’ we chatted about finding something fun for me to play,” Peck told People, who broke the news of his casting in December. “Being on the ‘iCarly’ set after all these years feels very full circle and I love getting to work with Miranda, Nathan [Kress] and Jerry [Trainor] again. I’m excited to be able to be a part of what they’re creating.”

The trailer also reveals that the 10-episode Season 2 of “iCarly” will premiere on Paramount Plus on April 8. Two episodes will debut that day, followed by new weekly releases on Fridays. The new season picks up where the first left off, with Carly (Cosgrove) refocusing her attention on her friends and family following her romantic complications, all while working to boost her revived web channel. Her older brother Spencer (Jerry Trainor) and best friend Harper (Laci Mosley) must also navigate new personal and career developments, while Freddie (Nathan Kress) balances raising his adopted stepdaughter Millicent (Jaidyn Triplett) with a new app and a new girlfriend.