Taiwan at Midem: Who is Doing What 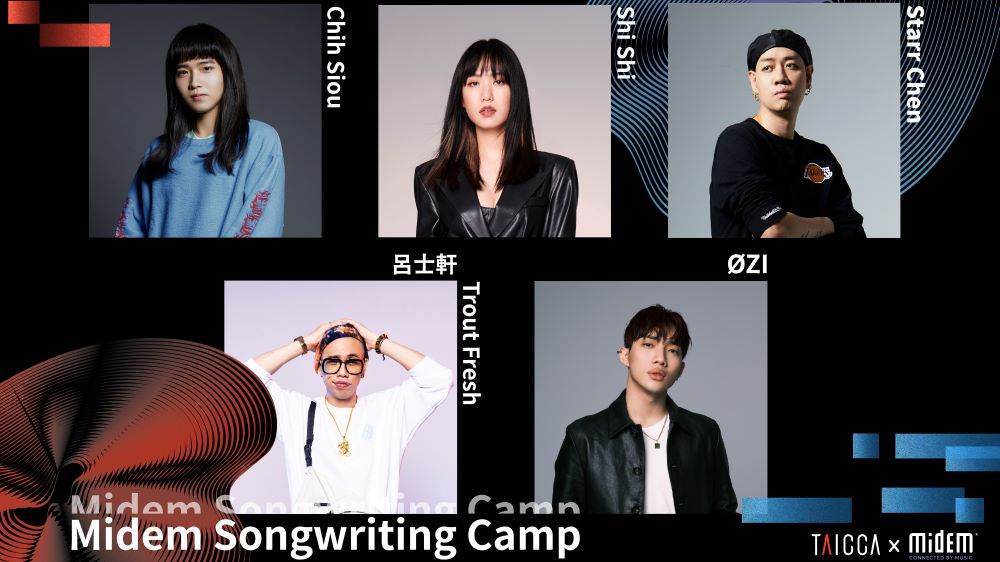 Howard Lee is one of 12 selected artists from around the world taking part in the Midem Talent Exporter section and interact with Steve Aoki.

Indie singer-songwriter Lee has emerged only recently, but has already made a major mark in Taiwan. Since 2018, he has been a vocalist in two bands Formoza and Mono, which perform in completely different genres. But it is as a solo act that he has really gained a following. In 2019, he uploaded his first single “Loser” and followed that with his first album “Diamond in The Rough.” He claims soul, blues, funk, indie rock, and post-hardcore, as major influences, with “Diamond” straddling R&B, pop, and electronics.

Using a multitude of Zoom meetings over a period of four days in October, five Taiwanese musicians met up with international producers and artists, to compose original songs online. The results will be performed at a closed-door listening session on Nov. 19. Artist descriptions below are sourced from Midem’s blog.

Young yet talented, singer-songwriter Chih Siou started his creative career from his bedroom and is now one of the biggest upcoming new waves in Taiwan. His works of art pop, alongside his unique vibe of quirkiness and gender-neutral image, has made him an icon of Generation Z in Taiwan.

Trout Fresh raps mostly about mundane daily life and “normal people” which resonates with his audiences. His talents are without a doubt beyond average as he has written and produced numerous compositions for fellow rappers of his generation.

Recurrent music award nominee and winner, Shi Shi Sun’s soothing and tender vocal and crafted production have made her a familiar face for R&B lovers in Taiwan. She is also well known in the Mandopop realm for singing theme songs of major drama series.

Music producer Starr Chen is not to be missed. He has more experience than the rest of the attendees and is known for his production of Taiwanese megastar Jolin Tsai’s album Play. From a solo rapper, shout-out with witty lyrics to a well-rounded producer, Starr Chen specializes in hip-hop, R&B, DubStep and Progressive House.

As part of the MIDEM Digital edition, the International Assn. of Entertainment Lawyers is currently holding its first ever digital legal summit.

“The IAEL has participated at MIDEM in Cannes for 46 years and we were determined to continue this tradition,” IAEL president Jeff Liebenson said in a statement. “This year, we’re excited to welcome our colleagues from around the world who will be able to join no matter where they are, free of charge. It reflects the more global nature of our work in this day and age, and marks a new milestone in our collaboration.”

THE IAEL was founded in 1977 at the MIDEM Conference.

The Legal Summit will address legal developments in entertainment law from key territories around the globe, including topics that range from “Kraftwerk’s 20 year battle over a 2-second sample to the TikTok versus Baidu case,” according to an announcement from the organization, while it will also look at the surge in copyright infringement claims brought against hit songs involving Marvin Gaye, Katy Perry and Led Zeppelin’s “Stairway to Heaven,” which have “stretched the understanding of copyright.”

Other sessions will address such questions as: Do we now have a new standard for infringement?; Are new rulings encouraging creativity or discouraging it?; Are we properly protecting all creators’ rights?; and how does the law vary from one part of the world to another?

Finally, each year at MIDEM, the trade group chooses a topic for a book, which last year “Nationalism v Globalism” was chosen, looking at how technology has broken down borders while the legal systems remain in place on a national basis, which means key rights and rightholders are different from market to market. It examines how entertainment lawyers manage this, and what deals can be done on a regional or global basis and which ones need to be made locally. The main session shares highlights from the book editors and its contributors.

While this year’s meeting is a virtual conference, Libenson said he is “confident that this year’s Summit will allow us to expand our circle of colleagues and share our experience in way that will benefit our profession immensely.”

For more information, contact the IAEL via Duncan Calow at duncan.calow@dlapiper.com