Hollywood Stands Up Against Antisemitism After L.A. Restaurant Attack Being Investigated as Hate Crime 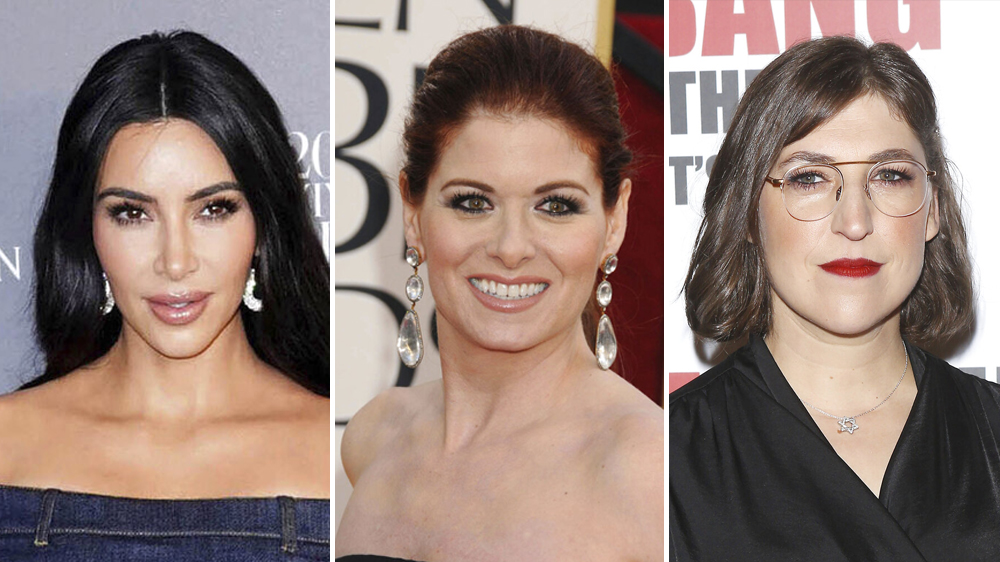 After an attack at a Los Angeles restaurant that is under investigation by the LAPD as a hate crime, Hollywood is speaking out against antisemitism.

Debra Messing, Mayim Bialik, Meghan McCain and Kim Kardashian are among the celebrities who have taken to social media, urging for peace and calm amid the alarming escalation of deadly violence between Israelis and Palestinians in the Gaza Strip and West Bank. The mounting toll of more than 200 casualties threatens to inflame the entire Middle East.

The tensions across the world have been reverberating in the U.S. through the rise in brutal and public antisemitic attacks against Jews.

“I’m speechless and devastated by the antisemitic attacks in my home city as well as the vandalism very close to my home targeting Jewish businesses in the past 24 hours,” Bialik, “The Big Bang Theory” and “Call Me Cat” star, tweeted on Wednesday. “I don’t even know what else to say,” she continued.

The assault occurred just before 10 p.m. on Tuesday night at a sushi restaurant in the Beverly Grove neighborhood, near the Beverly-Fairfax area of mid-City L.A. The LAPD has yet to make an arrest or release a motive.

Video of the attack shows individuals in a caravan of cars with Palestinian flags shouting “Fuck you” as they drove by the restaurant, Sushi Fumi, on La Cienega Blvd. In the footage, a group that reportedly numbered about 30 people, dressed mostly in black with face coverings, threw glass bottles at diners eating outside.

“They were cussing at Jews,” a man who was attacked told ABC 7, the ABC-owned affiliate in Los Angeles. The anonymous victim said after the hateful anti-Jewish rhetoric was shouted from the cars, the individuals from the caravan then got out of the cars and approached the sidewalk. At one point, a man who was being attacked defended himself by swinging a metal stanchion at the attackers, who continued to assault him, punching, kicking and throwing him against a car.

“I realized I had to take something to scare them,” said the anonymous victim, speaking to KABC-TV. “There were many girls behind us. I was scared that they would attack everybody.”

A separate witness at the scene told the L.A. Times that the attackers yelled, “Death to Jews” and “Free Palestine.”

In light of the attacks, Los Angeles Mayor Eric Garcetti announced the LAPD is investigating the ambush as a hate crime, saying on Twitter, “L.A. is a city of belonging, not of hate. There is simply no place for antisemitism, discrimination, or prejudice of any kind in Los Angeles. And we will never tolerate bigotry and violence in our communities.”

The L.A. incident is one of several antisemitic attacks that have been reported in the wake of the conflict. Also on Tuesday, Orange Delite & Grill, a kosher restaurant on Ventura Blvd. in Sherman Oaks, was vandalized and its front glass door was smashed. On Wednesday, footage of a New York City brawl outside of a bagel shop emerged on social media, with the NYPD trying to break up the fight.

“The vicious attacks on Jews we are seeing on the streets of America is pure Jew hatred and a direct result of the inflammatory rhetoric that is being pushed online. It should be condemned by everyone,” says Ari Ingel, director of Creative Community for Peace, an apolitical industry-backed nonprofit. “Both Israelis and Palestinians deserve to live in peace and safety, and attacking Jews in America is not going to help bring about the change we all so urgently desire.”

Earlier this week, CNN fired a freelance contributor, Adeel Raja, who tweeted pro-Holocaust messages, including one message that stated, “The world today needs a Hitler.” A CNN spokesperson confirmed cutting ties in a statement that read, “Adeel Raja has never been a CNN employee. As a freelancer, his reporting contributed to some news gathering efforts from Islamabad. However, in light of these abhorrent statements, he will not be working with CNN again in any capacity.” (Despite numerous antisemitic tweets, Raja’s Twitter account is still active.)

These most recent antisemitic attacks come as tensions are rising — and rapidly spreading across social media with misinformation from all ends — in response to the conflict in the Middle East.

Kim Kardashian, who has more than 222 million followers on Instagram, posted on her Instagram stories on Wednesday calling for peace in the Middle East. “I don’t know who needs to hear this, but both Palestinians and Israelis deserve to live in peace and safety,” Kardashian posted, re-sharing a statement originally posted by Jewish singer-songwriter and progressive Zionist activist Hilary Hawn, also known as HRH. “Anyone who tries to convince you that one must come at the expense of the other does not support human rights for all humans.”

Comedian Sarah Silverman, whose sister Susan Silverman is a rabbi in Jerusalem, reacted to the L.A. attack, urging her 12.4 million Twitter followers to separate the Jewish people from Israel, tweeting, in part: “Jews in the diaspora need allies.” But Silverman’s post drew ire from many Jews on Twitter who called the post itself antisemitic, namely the part where Silverman opines, “We are not Israel.”

Writer, comedian and influencer Erin Foster also posted on her Instagram stories, noting that her friend was at the scene, taking videos of the attack, while seated at the sushi restaurant. “If you learned about this conflict a week ago and think it’s harmless to post pro-Palestine without learning more, you should know it’s harmful. Peace is the thing you should be promoting,” Foster wrote. “I’m Jewish and I go to this sushi restaurant every week. A caravan of pro-Palestine people drove by and screamed ‘Who’s Jewish?’ Then got out and beat the shit out of people.”

“Why aren’t Jews included in your activism?” Rapaport posted on Instagram.

“There is so much disinformation about Israel being spread and it is getting people hurt,” said “Will & Grace” star Debra Messing, who posted a long thread on social media. She wrote, in part, “There are videos from all over the world, including the U.S., of crowds of pro-Palestinian protesters attacking, beating, kicking, using pipes as weapons against Jews. It’s horrifying. Attacks against Jews has increased 483% in the last 10 days. 86 attacks. Hamas is a terrorist organization whose sole purpose is to kill every Jew and destroy Israel. Most people living in Israel want peace.”

The Anti-Defamation League, the New York-based international anti-hate organization, is offering a $5,000 reward for information that leads to the attackers involved in the Sushi Fumi incident.