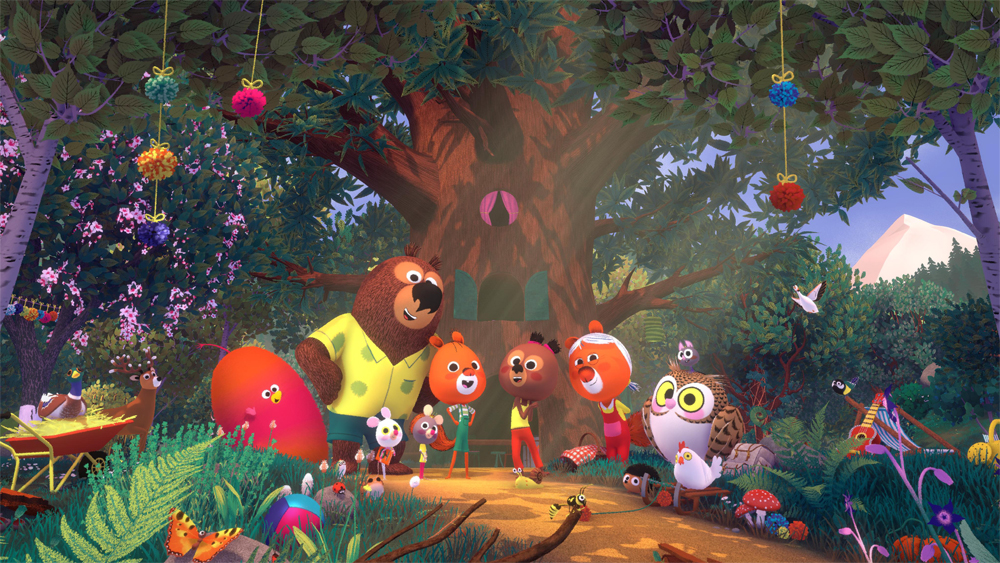 Rising production-distribution player Miam! Animation seems primed for a breakout year in 2022 as the French multi-hyphenate presents its first series produced in-house – using industry trendsetting technology – to buyers, while beginning work on its first international co-production on a project for WarnerMedia.

Launched in 2016 as a socially engaged development and distribution outfit, Miam! grew to include an in-house production component in 2019, eventually grouping those three activities under the common banner Miam! Animation in 2020. This past September, the company claimed the distributor/investor of the year prize at 2021’s Cartoon Forum in Toulouse, France.

A fixture in the game world but up-to-now never used on such a wide scale by the animation industry, the software helped Miam! cut production costs while living up to its ethos, Miam! CEO Hanna Mouchez tells Variety.

“[Unity] allowed us to have a coherent project,” Mouchez explains. “Because the series’ concept is to reconnect kids and their families with nature, and we had the real-time software that allowed us to depict a lush and detailed natural world that we wouldn’t have been able to deliver using traditional 3D render times. We could create an image and see the final versions nearly right away… [And thus] improve our creative work while significantly reducing our carbon footprint.”

Slated for domestic broadcast in September 2022 and for German delivery in February of next year, the program has already presold to territories in Sweden (SVT), Switzerland (RTS), Belgium (VRT), Hungary (MVTA), Iceland (SYN), Latvia (LTV) and across the Francosphere (TV5 Monde).

This year, Miam! will launch production on “Goat Girl,” a 52-episode kids show done via international co-production with the Dublin-based studio Daily Madness. WarnerMedia EMEA has already pre-bought the series, which is slated for delivery in 2024.

Production will be led by an all female creative team, a point Mouchez links to her company’s broader goals. “From development to production to international sales, we want all our activities to make sense [in an holistic way],” she says. “We want our work to eco-responsible in subject and manner of production and to [foreground women of all ages].”

“The idea is to represent women on screen and off,” Mouchez continues. “Behind the screen, the series is made by a team of independent female producers, directors, storyboard artists and animators, and that’s extremely important for us. We have to deliver on our efforts and energies invested in a concrete way. It can’t just be empty talk; we have to live our values and editorial lines.”