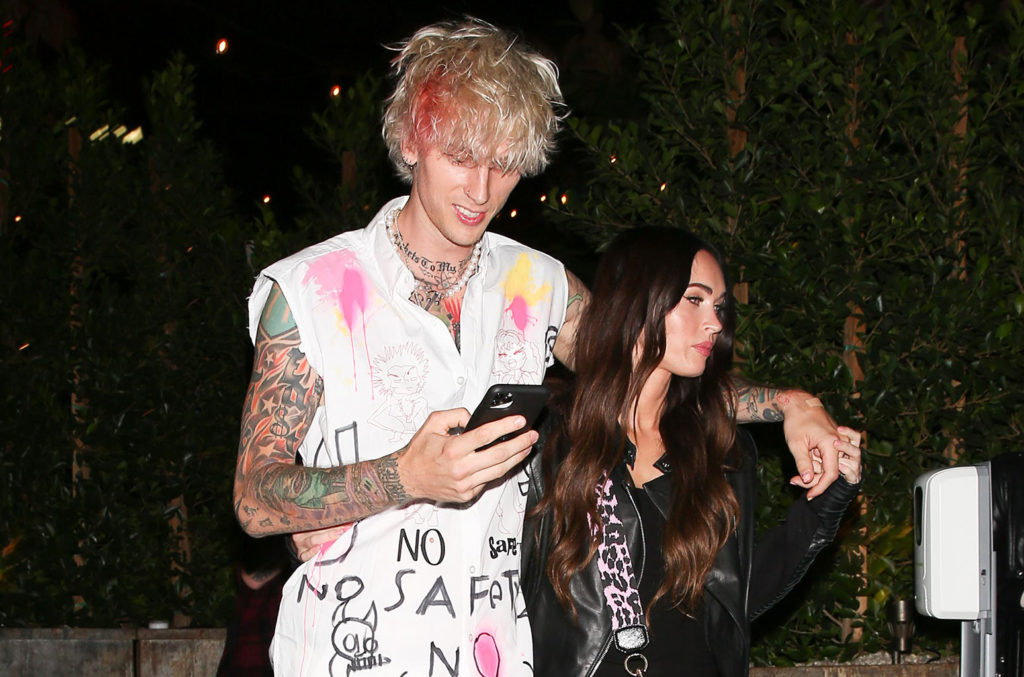 Machine Gun Kelly showed off his relationship with Megan Fox in the music video for his song “Drunk Face,” released on Tuesday (Sept. 29).

In the clip, which was filmed the day MGK’s new album Tickets to My Downfall was released, the rapper-turned-pop-punk-singer jets around in a private plane with Fox and his entourage in tow.

“I’m still young, wasting my youth/ I’ll grow up next summer/ I’m back on that girl I quit/ I should’ve lost her number/ I’m overcompensating for heartbreak/ I swallowed a pill that was in a heart shape/ Her hands on my chest feeling my heart beat/ She’s spillin’ a drink all on my car seat,” he sings on the opening as he plants a kiss on Fox and she paints his nails.

In a separate interview with Apple Music, Kelly opened up about how the actress, who also starred in the music video for lead single “Bloody Valentine,” helped influence some of the Travis Barker-produced LP’s vulnerable lyrical content.

“I think that partner, in particular, has encouraged me to go back and ask questions,” he said without specifically naming Fox. “That was an actual moment on the album, where I put how I was born on there. My dad talking about how I was born with the umbilical cord around my neck and things like that. I never cared to ask those questions until she came in and was like, ‘Yo, you should go back and stop erasing your past. You should look at your past and it’s made you what you are now. You got to confront some of these things.’

“Yeah, I agree, man. I’m facing them and I’m doing it really slowly,” he continued. “I started with my pops and that’s kind of where I’m still at, but I’ll continue to go back and retrace how I came to this odd human than I am now.”

Released on Sept. 25 via Bad Boy/Interscope Records, Tickets to My Downfall also includes singles “Concert for Aliens” and the Blackbear-assisted “My Ex’s Best Friend,” as well as collaborations with Halsey (“Forget Me Too”) and Trippie Redd (“All I Know”).

Check out MGK and Fox put their love on display in the “Drunk Face” video below.