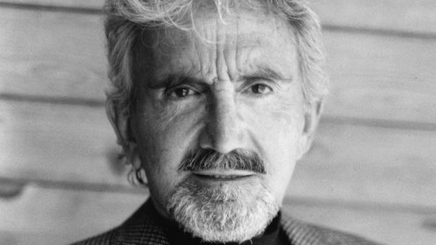 Val Bisoglio, a character actor whose credits across film, television and theater date back more than 50 years, died on Oct. 18. He was 95.

Bisoglio died in his mountain home near Los Olivos, Calif. His death was confirmed to Variety by his wife Bonnie Bisoglio.

Born Italo Valentino Bisoglio on May 7, 1926 in New York City, Bisoglio was raised by parents who had immigrated from towns near Monferrato, Alessandria, Italy. He began acting under the tutelage of Jeff Corey and appeared on the New York stage in productions such as “Kiss Mama,” “A View from the Bridge” and “Wait Until Dark,” as well as in New York City’s Shakespeare in the Park with Arthur Penn.

Bisoglio also starred in an array of television shows from the 1960’s on. His best-known roles were as Sgt. Sal Pernelli, the cook on “M.A.S.H.,” and Danny Tovo in “Quincy, M.E.” His final television role was as Murf in “The Sopranos” in 2002.

Bisoglio also garnered numerous film credits over his career. He played Frank, Sr., the father to John Travolta’s Tony Manero, in “Saturday Night Fever.” Bisoglio was also featured in 1979’s “The Frisco Kid” in the role of Chief Gray Cloud.

In addition to acting, Bisoglio participated in the Mobilization for Youth pilot project of the Kennedy Administration, an anti-poverty program that trained teenage dropouts for employment.

Satirist, publisher, author and American counter-culture figure Paul Krassner died at his home in Desert Hot Springs, California on July 21. He was 87. His daughter Holly Krassner Dawson, confirmed the news to the Associated Press.

Born in New York City on April 9, 1932, Krassner eventually moved to Southern California where he lived with his wife Nancy Cain in Desert Hot Springs.

He’s best known for editing Lenny Bruce’s autobiography, “How to Talk Dirty and Influence People,” in 1965 and founding The Realist, the forerunner to National Lampoon, which he published from 1958 to 2001.

A child prodigy on violin, he performed at Carnegie Hall when he was six. Krassner later attended Baruch College in New York.

Inspired by Bruce, he went back to the stage, but as a stand-up comedian at popular clubs like the Village Gate.

He became friendly with Groucho Marx and famously got the comedian to take LSD, which he chronicled in a High Times cover story in 1981.

Krassner co-founded the Youth International Party (YIPPIE), which he named, in 1967. The Yippies, based in New York, took a more humorous approach to politics, running a pig for president and attempting to levitate the White House. The other YIPPIE founders were Abbie and Anita Hoffman, Jerry Rubin, Phil Ochs, Ed Sanders, Bob Fass, Stewart Albert, Nancy Kurshan and Keith Lampe.

The Yippies played a major role during the demonstrations in Chicago at the Democratic National Convention in 1968. Since he wasn’t arrested, Krassner was not a member of the notorious Chicago 8 (Hoffman and Rubin were) who were jailed and whose case went to trial in a Marx Brothers style court proceeding.

“I was lucky,” Krassner recalled in 2018. “There was a lot of cops and National Guard, and I remember they had bayonets. There was one guy with a bayonet who said, ‘Hey, where are you going?’ and I just kept walking away. I figured out, is he going to run with a bayonet after one individual? So, I sort of avoided it. I would go around the perimeter, taking notes. So, I didn’t get beaten.”

He was also associated with Ken Kesey’s Merry Pranksters.

Yippie member Aron Kay, who was known to throw pies in the faces of politicians in the ’70s, says Krassner “inspired many. His impact on us was similar to the Beatles. Without Paul, a lot of things wouldn’t have happened.”

Always ahead of his time, Krassner contributed articles to Cavalier, the forerunner to Playboy, beginning in 1964. About his experiences at the magazine, he recently wrote in Variety:

“I wrote some movie reviews for Cavalier. I always went to two screenings. The first one I would go stoned with magic mushrooms. The second one I took notes. However, I got fired by Cavalier.

“They declined to publish a particular column – my review of ‘MASH’ as though it were a Busby Berkeley musical called ‘Gook Killers of 1970’ – ostensibly on the grounds of bad taste, but I learned that three wholesalers had told the publisher they were pressured by the FBI and would refuse to distribute Cavalier if my name appeared in it. It was over for me, but it had been fun.”

Paul Krassner is survived by his wife and daughter.