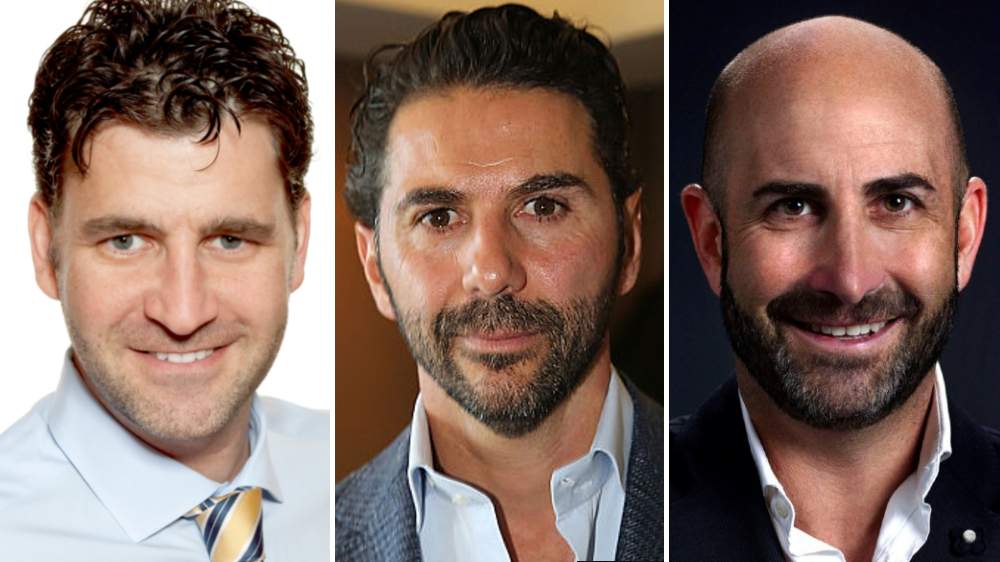 Underscoring the scale of the studio’s ambition, 15 movies are currently in pre-production and 30 more in development, Marvista and Elefantec announced Tuesday.

The “pre-eminent movie studio,” as the partners describe it, will focus on “crafting original, highly commercial and locally produced Spanish-language content to meet the growing appetite of existing and emerging platforms,” the partners added. Films in development run a broad gamut of comedies,  romantic comedies, dramas, family features and thrillers.

The films look set to play off the complementary skill-sets of the two companies. Bastón and Symon are institutions on the Spanish-language scene, Bastón serving for years in top positions at Mexico’s Televisa Group, including president of television and content, and Symon heading global content, distribution and licensing.

At Elefantec Global, launched in January 2020, they will bring their “know-how and know-whom” of the global Latino audience, as Bastón has put it, to create and produce the partners’ films in Spanish.

MarVista Ent., which adds approximately 60 new movies per year to its distribution pipeline, will leverage its studio infrastructure and expertise at producing at scale, plus distribution deals to handle global distribution.

The companies are “actively engaging” with an extensive lineup of platforms and clients to develop and produce movies to serve the 460 million-plus native Spanish-speaking audience worldwide, it added.

He added: “Bringing together the dynamic studio structure we’ve created at MarVista with his career history and the team he is building at Elefantec will allow us to adapt our library of universal narratives to Spanish-speaking audiences worldwide, and create new ones.”

“MarVista’s best-in-class know-how and what Fernando has built in the U.S. is astonishing, especially in respect to the high quality and volume of production and distribution,” Bastón noted. “Partnering together to create a Spanish-language movie powerhouse couldn’t be a more perfect fit.”

Talking the creation of Warner Media’s Particular Crowd, Warner Media CEO Tomás Yankelevich argued that English-language movies were one of the only forms of content that could travel the world. Spanish-language movies can also look for huge audiences playing off core markets of Spain, Latin America and the U.S., but often breaking out beyond them. Spanish action thriller “Below Zero,” for example, was watched this year by 47 million Netflix household accounts in its first 28 days.

Whatever their language, original movies also increase channels’ engagement with audiences – an increasing preoccupation for more established global platforms such as Netflix as it nears sub-base maturity in early key markets.

Bastón and Szew drilled down for Variety on their Spanish-language content deal, and some of its key facets:

Szew: The proliferation of global streamers has triggered the need for an enormous amount of content and all the players are looking to step up their game with the quality and quantity of movies they provide to viewers both in terms of capturing and holding on to subscribers/views. The notion of TV movies is really not as relevant today and frankly a misnomer. TV is merely a device to view content, like a phone or laptop.

Is another demand driver studio-streamers’ hold back of content for their own platforms?

Szew: Yes. The important thing to note is that the trading of content between media companies and their associations to streamers has changed the playing field that had been established, which creates a higher demand for indie-focused movies. As has become evident, the larger “studios” are holding on to their own produced content, which has left a hole for platforms to acquire movies and other content that they can procure and align with.

Will the movie studio look to provide opportunities for new storytelling voices in the Spanish-speaking world?

Bastón: With over 460 million Spanish-speaking viewers worldwide, it’s important that we tell stories that are inclusive and authentic to cultural experiences while also appealing to viewers on a global basis. With the explosion of content across the streamers, it’s commonplace for viewers around the world to watch content with subtitles or dubbing. That said, we absolutely feel that with the volume of development and production we are anticipating, we will be able to provide opportunities to new voices and storytellers within the Spanish-language creative community.

The films will be produced “locally.” To what extent will production make use of MarVista’s studio infrastructure to produce at scale?

Szew: We have established this partnership with a great amount of collaboration, pre-work and cross-training that will continue so that we make sure that productions are taking advantage of the strengths of each company. MarVista’s best practices include aligning content to the market demand of our buyers and their viewers, our strong relationships with the creative community, key development deals with a wide range of global partners, as well as efficient and quick-to-market content and production models utilizing our focus on scalability and sustainability. All of these are enhanced “locally” in Latin America with the creative auspices and talent relationships that Pepe and Elefantec bring to the table.

Will some of the movies be made with the ambition to break out into the theatrical space?

As seen in the acquisition of “The Miseducation of Bindu,” MarVista Entertainment is driving to create stories that foster diversity and inclusion. I suspect that’s also an aim of the new studio…

Szew: Of course, both Elefantec and MarVista have always been mindful of supporting diversity, equity and inclusion. From its inception, MarVista has focused on diversity and inclusion in front and behind the camera. Given women are the highest percentage of viewers for our content, we feel strongly that we need fresh, new and unique female voices authentically telling female stories, whether it’s writing, directing or producing. This holds true for the creative output of the partnership across all areas of diversity, equity and inclusion – we want to accurately represent all cultures and experiences.