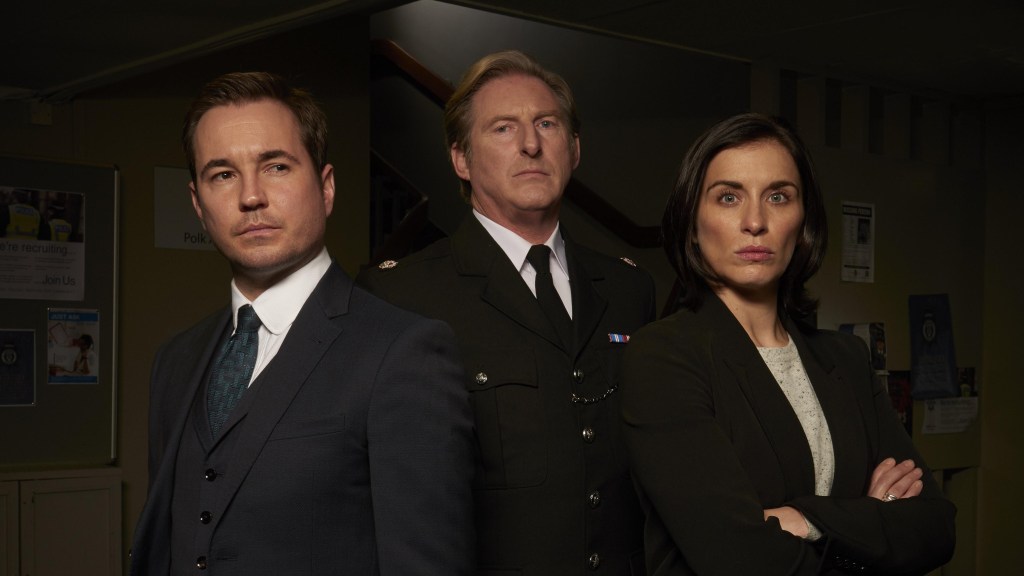 During an interview with Radio X show “The Chris Moyles Show,” “Line of Duty” star Martin Compston weighed in on the future of the popular British police procedural.

Compston was asked by host Moyles about updates on “Line of Duty,” which last aired its sixth season in May. Compston shared his belief that the show would return, clarifying that an extended hiatus between seasons isn’t new for the series, which has aired a new season once every two years since its premiere in 2012.

“I’m delighted with the response,” Compston said. “People are now really intrigued to see if there is another one, but there’s nothing changed for us in terms of where we’re at after we finish a series… We always take a year between [seasons] at least. The dust settles and [creator Jed Mercurio] figures out whether there’s a story to tell. So I’m delighted that people are so excited and so desperate to find out but, as I say, this is what we’ve done after every series so we’ll just wait and see what he thinks.”

When asked if he personally wants the show to return, Compston said that, although it isn’t necessarily a reason why the show should come back for another season, he did feel that the cast and crew of the series would appreciate a more conventional shoot after the complications of filming Season 6. “Line of Duty” faced pandemic-related delays that halted production a month after beginning in February 2020. The show resumed production in September of that year.

“It’s no excuse to do a show because you want a night out or whatever, but it’s such a sociable show in terms of us, pals, and going out with crew and all that stuff,” Compston said. “We filmed the last one during COVID-19 and it was a tough shoot and kind of miserable, because we were one of the first jobs back… We couldn’t even mix with each other. So I think for us, it wouldn’t be nice to go out that way. We’d like to do one more with everybody. And that’s no reason to go back but I think there’s definitely scope for it.”

Created by Mercurio, “Line of Duty” stars Compston as Steve Arnott, a police officer who is assigned to the anti-corruption unit of the fiction Central Police Force. Since premiering, the series has received considerable acclaim and has been one of the most popular shows on UK television, with the final episode of its sixth season amassing 12.44 million viewers. Since that finale, there has been no updates on when the show would return.

Compston is currently starring in “Our House,” a new drama miniseries based on the Louise Candlish novel of the same name. Compston plays Bram, a man who suddenly sells the home of his estranged wife Fiona (Tuppence Middleton) and disappears. The series premieres March 7 on ITV, and will broadcast its four episodes on consecutive nights over the course of the week.