Box Office: ‘Death on the Nile’ Sails to No. 1 as Jennifer Lopez’s ‘Marry Me’ Hits Wrong Note 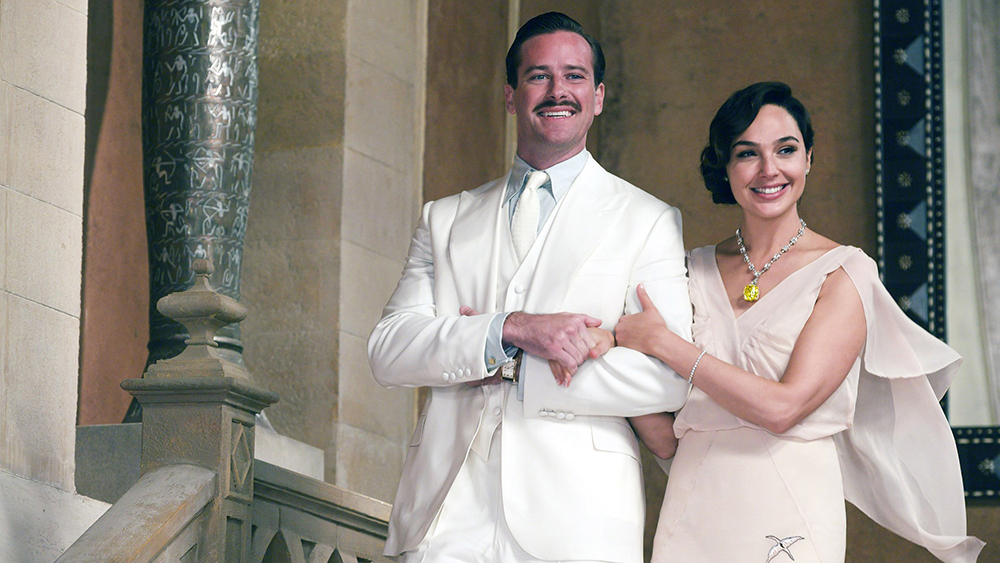 “Death on the Nile” collected $12.8 million in its opening weekend. Those ticket sales wouldn’t buy enough Champagne to fill the Nile, but they are sufficient to lead domestic box office charts.

The star-studded murder mystery, from Disney and 20th Century Studios, arrived on par with expectations, which had projected a three-day tally around $11 million to $14 million. But “Death on the Nile” cost a hefty $90 million to produce — not to mention the additional costs the film racked up across several pandemic-related delays — meaning it will not be smooth sailing to get out of the red.

Super Bowl weekend, usually the biggest TV event of the year, is never a busy time for moviegoing, and this Sunday’s matchup between the Los Angeles Rams and Cincinnati Bengals was no exception. That could be one of the reasons that Universal opted to open “Marry Me,” a romantic comedy starring Jennifer Lopez and Owen Wilson, simultaneously in theaters — where it earned $8 million — and on Peacock. Both “Death on the Nile” and “Marry Me” were scheduled as can’t-miss counterprogramming against the big game, but their target demographic of adult, mostly female audiences have been less eager to go to the movies since COVID-19 hit.

That reality helps explain why “Death on the Nile,” director Kenneth Branagh’s follow-up to 2017’s whodunit “Murder on the Orient Express,” suffered a steep decline from the original, which opened to $28.7 million and eventually earned $102 million in North America.

Branagh returned to direct “Death on the Nile,” which received mixed feedback from critics (60% on Rotten Tomatoes) and audiences (“B” CinemaScore). Adapted from Agatha Christie’s popular novel, the film follows renowned detective Hercule Poirot (Branagh) as he attempts to solve a murder aboard a glamorous river cruise in Egypt. The cast includes Gal Gadot, Armie Hammer, Annette Bening, Russell Brand and Letitia Wright

“Super Bowl weekend is consistently down in overall business compared with other weekends, and we’re still coming off an enormous Omicron surge that peaked in mid-January.” says David A. Gross, who runs the movie consulting firm Franchise Entertainment Research. He adds, “At a cost of $90 million, the movie will need strong overseas business.”

At the international box office, “Death on the Nile” brought in $20.7 million from 47 foreign markets. The movie has yet to open in China, which is currently the world’s biggest moviegoing market and, in 2017, dug up a solid $34 million for “Murder on the Orient Express.”

For similar reasons, “Marry Me” didn’t exactly find its happily ever after. The movie, starring Lopez as a musical superstar who weds a total stranger at her concert, debuted in third place with $8 million from 3,462 venues. Those initial receipts are not catastrophic considering “Marry Me” cost only $23 million to make and landed on NBCUniversal’s streaming service Peacock on the same day as its theatrical release. However, it’s less than box office experts had predicted heading into the weekend and it likely won’t inspire Universal Pictures executives to greenlight “Marry Me 2.”

Universal Pictures did not report viewership on Peacock, where “Marry Me” was available on the premium tier, so it’s impossible to know whether the studio mitigated losses by premiering the movie day-and-date online or if the hybrid release cut into box office ticket sales. Peacock has only 9 million paid subscribers (HBO Max launched around the same time and has 73.8 million subscribers), so it may not have kept too many interested viewers at home.

At the box office, “Marry Me” should become the de facto choice through Valentine’s Day on Monday. “Audiences have embraced Jennifer Lopez in this role. She has incomparable appeal,” says Universal’s president of domestic distribution Jim Orr. “It’s going to be a feel-good romantic comedy that people want to see in theaters throughout the spring.”

Ticket buyers, 67% of whom were female, awarded it a “B+” CinemaScore. The movie has gotten so-so reviews (it holds a 62% on Rotten Tomatoes), but Variety’s chief film critic Owen Gleiberman praised Lopez’s charm. “Once you accept the setup (I fought it for about 20 minutes), it’s easy to roll with the situations in the connect-the-dots script,” he wrote in his review.

Adds Gross, “Women, particularly older women, have been slower than others to return to moviegoing, and they are showing it again, here. The budget was reasonable, so the movie should not lose money.”

With “Marry Me” falling slightly short of expectations, last weekend’s box office champ “Jackass Forever” took the runner-up spot. Paramount’s fourth entry in the absurdist comedy franchise took in $8,050 from 3,653 screens over the weekend, a significant-but-not-surprising 65% decline from inaugural sales. “Jackass Forever” has earned $37.4 million to date — not bad for a movie that cost only $10 million to make.

“Marry Me” and “Death on the Nile” may have sold some moviegoers who weren’t all that interested in Super Bowl festivities, but that wasn’t the case for “Blacklight,” the umpteenth Liam Neeson action-thriller to play in theaters since the pandemic. Briarcliff Entertainment is distributing the film, which pulled in $3.6 million from 2,772 theaters. That’s a tepid result, but one that matches to Neeson’s other COVID capers like “Honest Thief” ($3.6 million debut) and “The Marksman” ($3.1 million debut).

“Blacklight” landed in fifth place behind “Spider-Man: No Way Home,” which earned $7.1 million in its ninth weekend of release. Sony’s comic book epic has earned $759.001 million at the North American box office, putting “No Way Home” less than $1 million away from passing James Cameron’s 2009 blockbuster “Avatar” ($760 million) to become the third-highest grossing domestic release in history (not adjusted for inflation).

Elsewhere, director Roland Emmerich’s disaster epic “Moonfall” collapsed in its second weekend of release. The sci-fi adventure dropped to the No. 7 spot and brought in $2.85 million from 3,446 theaters, plummeting 71% from its already-weak $10 million opening. The movie, which cost $140 million to produce, has generated a dismal $15.15 million so far. 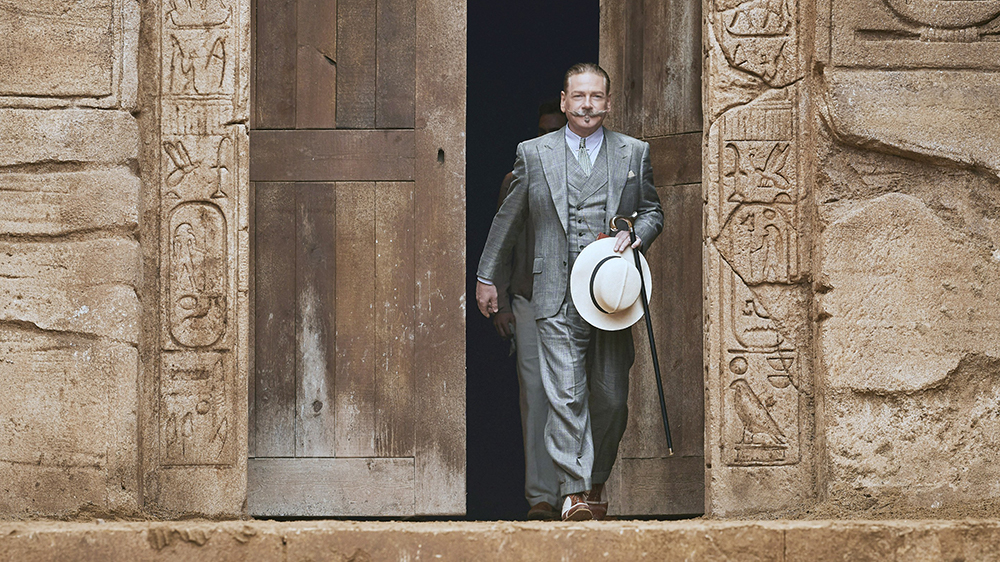 There’s a battle between love and “Death” at this weekend’s domestic box office, as the Jennifer Lopez rom-com “Marry Me” and Kenneth Branagh’s follow-up to his 2017 whodunnit “Murder on the Orient Express” both attempt to lure older audiences back to movie theaters in their openings. “Death on the Nile” looks to bow at No. 1 with a muted $12.8 million from 3,912 locations, while “Marry Me” will follow with an expected $8 million intake.

Disney and 20th Century Studios’ “Death on the Nile,” based on the famous Agatha Christie novel, took in $5.1 million on Friday, an underwhelming though not exactly disastrous tally. That’s only half as much as the opening day gross of its predecessor “Murder on the Orient Express” ($10.7 million), which eventually legged it out to a $102 million domestic gross. While Gal Gadot’s Linnet Ridgeway-Doyle may have enough champagne to fill the Nile in the film, it seems dubious that the whodunnit could sell enough tickets to fill the $90 million hole left by its production budget.

While sequels are usually expected to build on the financial success of their predecessors, the box office fate of “Death on the Nile” may have seemed prewritten for quite some time now. The production was greenlit shortly after the release of “Murder on the Orient Express” and was subsequently inherited by Disney after the studio’s acquisition of 20th Century Fox was finalized in 2019. Many of Disney’s projects rooted in the Fox era have been perceived as disappointments, with films like “West Side Story,” “The Last Duel” and “The King’s Man” coming up short at the box office.

Additionally, the release has faced a litany of other issues, including several delays due to the COVID-19 pandemic and accusations of rape and sexual abuse levied against Armie Hammer, one of the film’s more prominent stars. The whodunnit has had an extremely quiet rollout with little to no effort made at a press tour.

Directed by Kenneth Branagh, the adaptation follows the mustachioed detective Hercule Poirot (also Branagh) as he attempts to solve a murder on board a glamorous river cruise in Egypt. The film boasts a deep cast of stars that includes Gadot, Annette Bening, Russell Brand and Letitia Wright. Variety‘s Owen Gleiberman had praise for the film, writing that it is “crisper and craftier than ‘Murder on the Orient Express’; it’s a moderately diverting dessert that carries you right along. It never transcends the feeling that you’re seeing a relic injected with life serum, but that, in a way, is part of its minor-league charm.”

Meanwhile, Universal’s “Marry Me” is looking to make a third place debut. The studio projects an $8 million weekend gross from 3,642 locations. While “Death on the Nile” is bowing exclusively in theaters, “Marry Me” is debuting day-and-date on NBCUniversal’s streaming platform Peacock.

Romantic comedies hardly carry much box office weight anymore, with 2018’s “Crazy Rich Asians” representing the last smash hit in the genre. However, with a modest production budget of $23 million, a “B+” CinemaScore indicating positive audience reception and both Valentine’s Day and the President’s Day holiday weekend on the horizon, Universal is anticipating a happy ending for the release.

“Marry Me” stars Lopez as a pop star who decides to get married to a total stranger (Owen Wilson) during one of her concerts. Together, the two must face Lopez’s toxic ex (Maluma) and see if their shotgun wedding can turn into true love. In his review of “Marry Me,” Gleiberman complimented the film’s self-awareness of its preposterous plot, writing: “The bar for rom-coms is not high, and this one, ludicrous as it often is, inches over the bar. But I would no more call it a good movie than I’d pretend fast food is high in nutrients.”

Meanwhile, Briarcliff Entertainment’s “Blacklight” is estimated to bring in $2.89 million in its domestic debut, opening outside the box office’s top five. The Liam Neeson action vehicle is opening in 2,772 locations.

Sandwiched between the two top new releases is Paramount’s “Jackass Forever,” which should take the box office’s runner-up slot with a projected $8.3 million gross. That’s a 65% drop from its debut last weekend, a figure that’s roughly in line with the 58% drop that its predecessor, “Jackass 3D,” faced in its sophomore outing in 2010. By the end of the weekend, “Jackass Forever” should push its domestic haul past $37 million, a figure well beyond its production budget of $10 million.

The sci-fi disaster spectacular “Moonfall” is having a much less enjoyable sophomore outing. After opening to a slim $10 million, the film is facing a rough 75% drop in its second weekend. With a reported production budget of $140 million, “Moonfall” ranks as one of the most expensive independently financed films ever made. Lionsgate is only handling distribution.

Columbia Pictures’ “Spider-Man: No Way Home” should take fourth place in its umpteenth weekend at the box office. The MCU monster hit has been enjoying a smooth finish in its domestic run, with this weekend’s projected $7 million gross representing a mere 26% drop from its previous outing. “No Way Home” should achieve the third place slot on the all-time domestic box office earners sometime next week, pushing past “Avatar ($760 million) in the record books.

Universal’s animated sequel “Sing 2” rounds out the domestic box office’s top five, looking to add an additional $3 million. The film should expand its North American gross to $143 million by the end of the weekend.