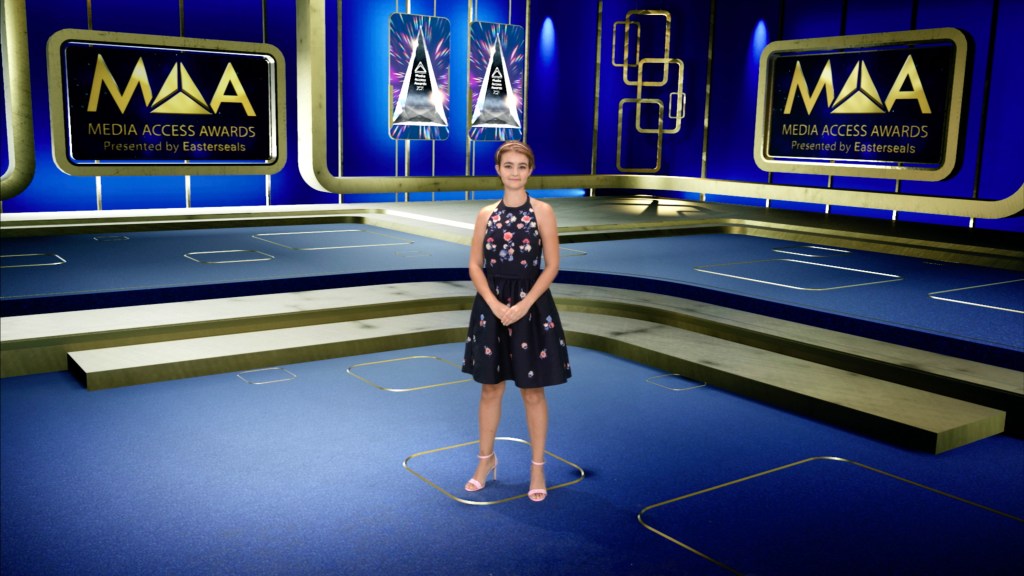 At the Media Access Awards on Wednesday, honoree Marlee Matlin summed up the mood by saying that when she came to Los Angeles in 1985, “words like equality and access were so far outside the mainstream of Hollywood, I had to make noise.” Receiving the MAA’s lifetime achievement award “pushes me to be even louder.”

The Apple film “CODA” was the only winner of multiple awards, with Matlin, her co-star Troy Kotsur and the film’s casting directors Deborah Aquila, Tricia Wood and Lisa Zagoria honored. The trio received the casting society of America award, with the film’s writer-director Sian Heder praising them as partners.

The virtual event was hosted by actress Millicent Simonds, who signed that she is “not a deaf actor, but an actor who happens to be deaf.”

Matlin was presented with the MAA’s highest honor, the Norman Lear-Geri Jewell lifetime achievement Award. Presenter Shoshannah Stern hailed her as a “guiding spirit for deaf and disabled people” since 1986 when she earned acclaim for her Oscar-winning performance in “Children of a Lesser God.”

Thanking mentors like Henry Winkler and Whoopi Goldberg, Matlin said she was humbled to receive an award named after Lear and Jewell, “two of Hollywood’s loudest people,” explaining they were loud in storytelling and “enlightening and changing minds.”

A visibly moved Blair won the visionary award. The Discovery Plus documentary “Introducing Selma Blair” chronicles her life with multiple sclerosis since 2018; she said a chronic illness has meant “seeing the world with a very different perspective.”

Krasinski was given the MAA’s first-ever award for excellence in directing, honoring his commitment to inclusion with Paramount’s “A Quiet Place Part II.” Praising the film’s star Simonds, he said, “Casting a deaf actress was non-negotiable.”

Kotsur was handed the SAG-AFTRA Harold Russell award, named for the 1946 Oscar winner. Kotsur was described as an actor who had paid his dues and he stated that hiring disabled people “will change perspectives and everyone will understand that people are just people.”

Zeno Mountain Farm won SAG-AFTRA’s disability awareness award. Zeno annually brings together people with and without disabilities to make films and, this year, the result was the musical “Best Summer Ever,” with writer Will Halby calling the disabled community a huge “untapped resource.”

“Luca” producer Andrea Warren won the PGA’s George Sunga award. The Pixar-Disney film includes a character with one arm, Massimo, and his difference is just a small part of who he is. Warren said, “We have a unique opportunity to reach a young generation.”

O’Connell, creator and star of the Netflix series “Special,” won the WGA’s Evan Somers memorial award. Growing up gay and with cerebral palsy, O’Connell said of the disabled: “A large swath of the population has been criminally underrepresented… There’s still a long way to go.”

The Media Access Awards have been a long tradition; they are presented in partnership with Easterseals. The show’s executive producer was Deborah Calla. Allen Rucker served as writer. Honorees are selected by diversity committees from the Casting Society of America, Producers Guild of America, Screen Actors Guild and Writers Guild of America.

This was the second consecutive year with a virtual ceremony (which included open captions and audio descriptions).

There were also performance by Rex & Friends, a group of autistic and blind musicians led by Rex Lewis-Clark, and Kinetic Light Company, dancers who use their disabilities (and wheelchairs) to reinvent dance movement.

In advance of the evening, Easterseals Southern California CEO Mark Whitley said in a statement, “The presenters and honorees at this year’s Media Access Awards are examples of how the industry is continuing to move forward to increased disability representation and inclusion.”