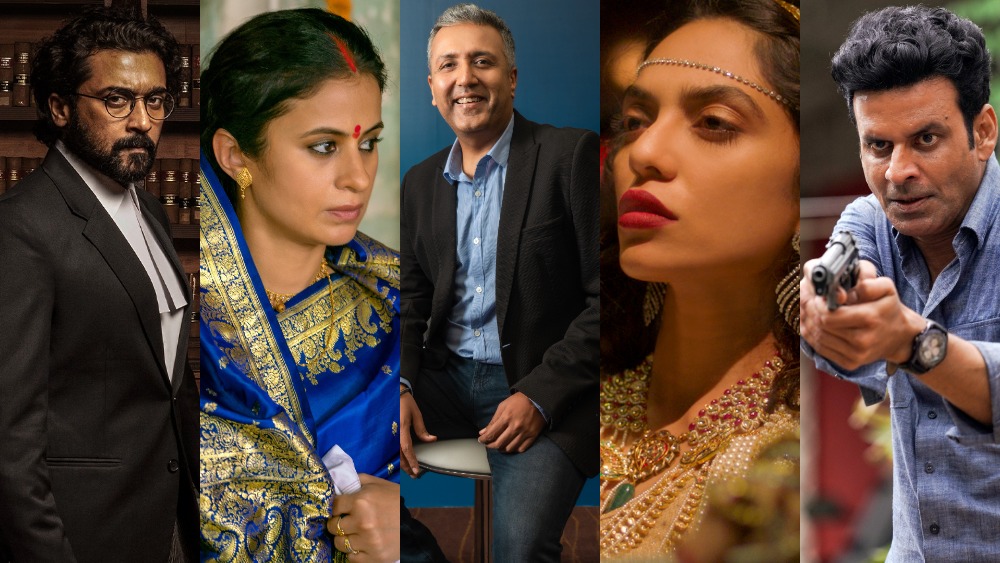 Wednesday marks the fifth anniversary of Amazon Prime Video launching in India. To mark the occasion, the service is planning further growth in the fiercely competitive India market with a “deep” strategy.

“There are three aspects of going deep — there is content, there is how we market it and there is distribution,” Gaurav Gandhi, country head, Amazon Prime Video India, told Variety. “We are very clear that in the world of creating originals, we have to have a diverse set of choices we make about the stories we want to tell.”

Gandhi cites the examples of successful thematically diverse originals including the cricket saga “Inside Edge,” and “Made in Heaven,” which is set in a marriage bureau, both of which were Emmy-nominated; rural gangland focused “Mirzapur”; Indian classical music based “Bandish Bandits”; independence struggle show “The Forgotten Army”; spy drama “The Family Man”; and village politics series “Panchayat” to illustrate the breadth of commissions. The service currently has some 70 shows in development.

“We made a selection of stories to widen our customer segments because heterogeneity is not just in languages, but also in age groups and taste preferences,” said Gandhi.

During the pandemic, Amazon became a pioneer in taking made-for-theatrical release Indian films and debuting them directly on the service, with 49 of them bowing so far. The strategy there too is to offer a breadth of programming ranging from the mass market oriented “Coolie No. 1” to the more cerebral “Sherni.” Cinemas have now reopened across India.

“Both from the point of view of impact, or reach, and commercially, this is a now a very viable alternative,” said Gandhi. “That said, as life goes forward, I believe both models will coexist. Movies will go to theaters and will come to us in a few weeks. We welcome that. And there will be certain movies, which will make a call to come straight to streaming, as customers’ choices and habits change.”

The marketing of the originals and films is wide, but focused, looking at taste profiles of particular shows and the segments that they cater to. “You don’t have to market everything to everyone, but when you do, it’s to that whole customer segment across the country,” said Gandhi.

On the distribution side, Prime Video has annual, monthly and quarterly plans alongside mobile-only plans, which have just been significantly increased. These are available directly from Amazon, with telecom providers or multichannel video programming distributors like Tata Sky or Jio Fiber. The service now reaches 4,500 post codes, or 99% of India’s population, Gandhi said.

“The idea is to get the Zeitgeist to the customer, to make them aware and get them into pay services like Prime Video, but do it in a manner that they feel the content for them is relevant and do it in a consistent beat,” said Gandhi.

India has 23 official languages and thousands of dialects and Amazon Prime Video’s strategy from the outset was to cater to as many of them as possible. “We’ve been very focused on one thing that in this journey of entertaining India, we truly have to be a service for all of India, and not just a segment of India. And that’s why we started very early this journey of programming for 10 languages and really becoming a local service for each of those customer segments,” said Gandhi.

Prime Video is currently producing content and providing user interfaces in the Hindi, Telugu and Tamil languages and programming, subtitling and dubbing in nine languages. Gandhi points to the fact that India is underserved with just 9,000 cinema screens for a population of 1.3 billion and that streaming is now eliminating linguistic and geographic boundaries. Films that hitherto played only in their linguistic catchment areas now have national and international audiences, especially in case of the four South Indian languages of Tamil, Telugu, Kannada and Malayalam, Gandhi said. A case in point is Tamil-language film “Jai Bhim,” which is a pan-India success for Amazon.

“It is a journey for them [Indian audiences], to read subtitles and get used to the idea, but I think it’s also telling us the point about universal stories and how they’re able to cut across,” said Gandhi.

Inevitably, in a country as vast and opinionated as India, some raise political and religious hackles. Political drama “Tandav,” drew the ire of Hindu nationalist politicians. Since then, India has also implemented an “ethics code” governing streamers. Gandhi said that a self-regulation mechanism and a customer grievance redressal system is now operational.

Customers are empowered to reach out with grievances, the executive said. “The system is there and it is working.”

“As regards our choices that we make, we remain very, very clear that the laws of the land are what they are, and respect that and work within that,” said Gandhi. “And we balance out the customer choices and the content we put out there keeping in mind all of that.”

Meanwhile, besides the 70 originals, Gandhi says that there are “big deals across producers, across multiple languages” for films over the next few years. Cricket is one of the main drivers for rival Disney Plus Hotstar, especially the Indian Premier League. Gandhi declined to comment on whether Amazon would bid on rights for the league, which are up for auction imminently.