Look at Me: XXXTentacion 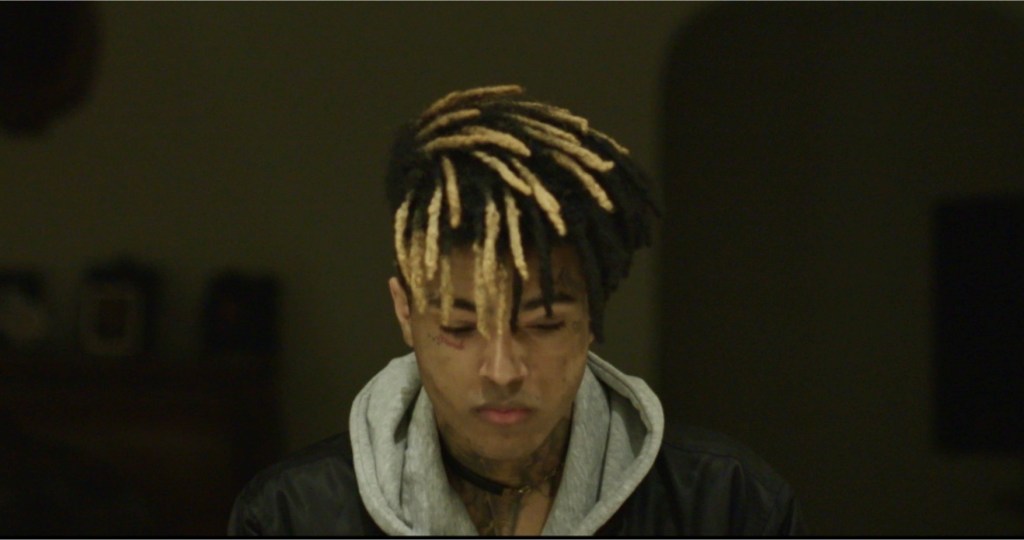 XXXTentacion, who became one of his generation’s biggest hip-hop stars before being murdered in a robbery at age 20, was candid about assuming the role of “villain” in his music, which he ascribed to a knack for marketing. Looking at his literal rap sheet, of course, it didn’t seem like just a persona. Known in real life as Jahseh Onfroy, the performer was awaiting trial on felony charges of home invasion and aggravated battery when he was arrested for imprisoning and brutally beating his girlfriend while she was apparently pregnant. So, with that as one of the most memorable parts of his legacy, it’s understandable if you’d want to take a pass on anything looking to “humanize” the late rapper, as does “Look at Me: XXXTentacion,” a documentary that premiered at SXSW this week (with a Hulu debut set for June 10).

That said, there are some emotional wrinkles may make “Look at Me” engrossing even for the disinclined. In particular, the movie focuses on another “villain” of sorts: the battered girlfriend in question. Geneva Ayala was demonized by a significant part of his fan base when her police-report allegations ended up sending him back to prison when he was at the early height of his fame. XXXTentacion got a mug shot that ended up being suitable for framing as his next cool album cover; his victim was targeted for online abuse and found herself unable to keep a job or home. So there’s a modicum of justice being achieved here, in the unpreachy insistence of “Look at Me” that we look at what happens to women like Ayala, too.

With Sabaah Folayan keeping a careful and empathetic balance as director, it’s clear why, symbolically as well as probably practically, this was a documentary that needed a Black woman at the helm. At least some of the footage seems to derive from a project started by other filmmakers well before XXXTentacion’s 2018 death, origins that explain why there’s so much expertly photographed footage of moments like Onfroy being released from prison (not to mention a one-on-one interview with the late star that’s labeled  “unpublished 2017 Fader interview”).

There’s also some closeup footage of XXXTentacion on stage that’s simultaneously thrilling and a little bit scary in its audience-galvanizing intensity. His early screamo recordings, which turned into a Soundcloud phenomenon without any label or distributor being involved, were distorted, galvanizing and made to to compel audiences of thousands to jump around wildly, as we see in that footage. When he dropped some of the scream part, turned himself into a pure emo artist and went public with his depression (selling 10 million copies of the single “Sad” in the process), he nearly became rap’s own Kurt Cobain, albeit one too prone to fisticuffs to embrace the pacifist part.

Onfroy was diagnosed as bipolar as a kid, then again as a late-adolescent superstar, which, without serving as any kind of get-out-of-jail-free card, would help explain why there are as many moments that make you want to hug the decedent as there are alarming or disgusting ones. The rapper hits a lowest-of-the-low moment when he uses social media to go after Ayala and anyone who would side with her: “Everybody that called me a domestic abuser, I’m gonna domestically abuse your little sister,” he said (and far worse). But something seems to turn in him soon after that: Empire label head Ghazi Shami thinks it had to do with an admonitory phone call he made, while court-appointed therapist Guy Wheeler sure seems like the kind of father figure who may have given Onfroy some of what he lacked in his volatile upbringing. In any case, near the end, we see the star change his hair style from dualistic two-tone to a placid blue and start up a vlog in which, sounding deeply intelligent and thoughtful, he further owns up to his mental illness struggles and encourages fans to seek their own support.

Maybe this apparent turnaround was edited to fit the oft-told “he had just started to embrace responsibility when he was cut down” narrative of so many other docs that want us to believe their subjects saw the light at the last minute. Or maybe he just went back on his meds and was having some good days amid some bad ones. But, regardless, it’s heartbreaking to see the villain full of warmth, self-awareness and a desire to help just before fate stepped in.

But in the end, you don’t have to buy Onfroy’s redemption, or even the nearness of one, to be affected by the last act. Folayan makes the ending about the ability of women — the artist’s mom and ex-girlfriends in particular here — to pull things together in the wake of a mess that men have left. Who would have known that XXXTentacion, a symbol of misogyny in his lifetime, would have his death lead to a movie that climaxes with a bittersweet feminist statement?