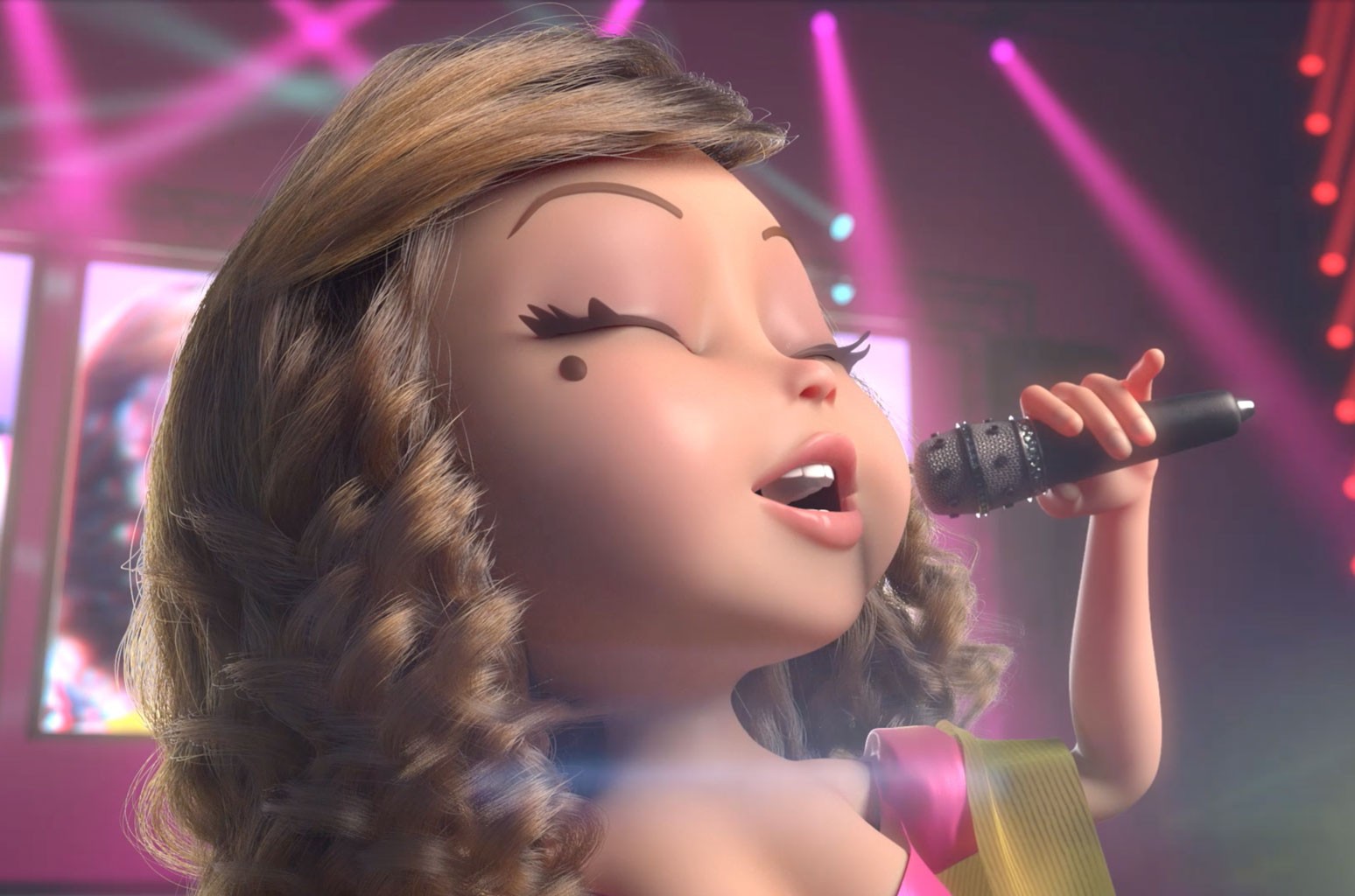 “This concept is geared to a new generation,” says Quintana, who has worked with the Rivera family for eight years. “We wanted to create a story that kids would be able to understand easily and well. We thought, let’s bring the grandchildren into the picture to really convey that.”

Quintana teamed up with the Costa Rica-based director and cinematographer once again after having worked with him on Rivera’s 2019 “Aparentemente Bien” music video.

“We have great chemistry and since then we had been thinking what can we do that’s never been done before with Jenni for the next one?” Quintana remembers. “Once we decided that it would be animated, we reached out to a production company also based in Costa Rica that created Ricardo Arjona’s “El Cielo A Mi Favor” animated music video for this specific project. It was challenging because we had never done a video like this for Jenni, but we pulled it off in three months.”

Following Doña Rosa’s intro, the video starts off with “La Diva de la Banda” on a plane reflecting on her journey from being a single mom who hustled hard trying to make ends meet for her and her kids, through to making her dreams come true and becoming a regional Mexican superstar.

“We decided to include those specific moments in Jenni’s life because she was more than just an artist onstage. She was a human,” says Quintana. “I wanted to remind people of who she was and how hard she worked and never gave up. I think people need that message nowadays and women, especially, could relate to Jenni’s struggles.”

The last scene in the emotional video is Rivera back on a plane looking at a photo of her family on her cellphone. “I always think, what were Jenni’s last thoughts? I’m almost positive she was thinking about her family because her family was everything to her,” he adds.

After the release of every new Jenni Rivera project, Quintana can’t help but get emotional. “When I met Jenny, she bought me a laptop so that I could work. I’d pay her back by taking photos of her, producing video intros for her concerts or taking photos of her daughter’s quinceañera. I was with her during her last rehearsal in Burbank, California before she left to Mexico for her last concert and she told me, ‘when I’m back from Monterrey let me fix some stuff and you’ll start working with me.’ Eight years later, I’m still working with her.”