Morgan Wallen, Currently No. 1 on Hip-Hop Chart, Says He’d Like to Work With Kendrick Lamar 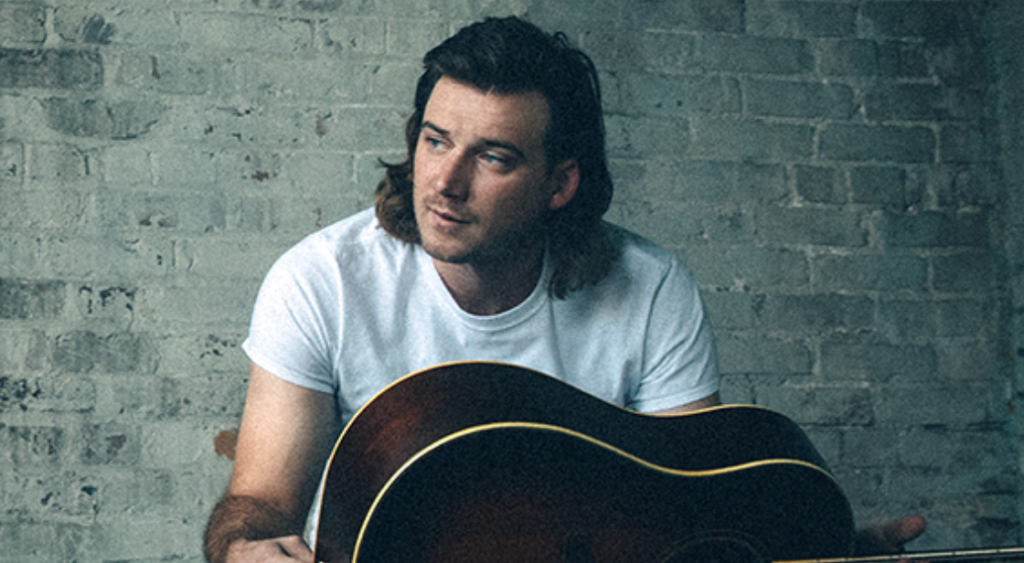 Country star Morgan Wallen is ending 2021 in a place few would have expected to find him a few months ago: in the No. 1 spot on Billboard’s R&B/hip-hop chart. “Broadway Girls,” his collaboration with rapper Lil Durk, came out just before Christmas and ascended this week to the top of the chart that perhaps more than any other is looked to as a signal of what’s dominating popular Black culture — an unlikely finish to a year in which Wallen was all but banned from the airwaves for months after saying the N-word.

Wallen’s surprising seeming embrace by much of the hip-hop community was further signaled Wednesday night in his appearance on a Clubhouse talk show hosted by the popular Black comedian Druski. Over the course of an hour-long interview, Wallen was never asked once by Druski or his cohosts to discuss the incident that made him the most controversial musical figure of 2021. Instead, the conversation focused exclusively on the collab with Lil Durk and further areas of past or potentially future country/hip-hop crossover, as well as more innocuous topics like dating and what the coolest fish he ever caught was.

Wallen said during the conversation that he listens primarily to hip-hop music, Moneybagg Yo being his current favorite. But when the hosts asked who his ideal hip-hop collaborator would be, Wallen set his aspirations a little higher, as legends go. “

“I do love Moneybagg… He’s definitely at the top of the list,” Wallen said. “But like overall, ever… I’m trying to think of not just in the past little bit… Kendrick Lamar would be pretty cool.”

That might seem like a long shot, given how Lamar once lambasted a white fan he’d invited on stage for singing the N-word, not unlike the offense that got Wallen into a world of trouble when it was caught on tape back in February. But given how impossible the odds would have seemed that Wallen would end the year topping what is essentially a Black music chart, cultural observers may feel it’s unsafe to count out the most unlikely developments at this point.

Asked about his listening habits by Druski (who made a cameo appearance in Drake’s “Laugh Now, Cry Later” video this year) and his three co-hosts on “Behind the Vest,” Wallen said: “Honestly, my top stuff on Spotify was all hip-hop. … Moneybagg is probably my favorite. And I listened to a lot of Young Dolph — RIP. I listened to Drake’s new album. I listen to Kanye. … I’ve been listening to a little bit of Gunna. I like him pretty good.”

The country performer did throw one non-rap entry into that mix: “I listen to this one band called the War on Drugs a lot.” That name led the host, who apparently had not heard of the rock band, to repeat “What the fuck? What the fuck?,” and declare he would never listen to anything by that name. But Wallen stood his ground: “I swear y’all would like it. … Most people would never expect me to say that probably, but it’s one of my favorite bands. It’s like a chill music. it’s really good for driving or flying on a plane or going to sleep. It’s just chill music that I really, really love.”

As Druski declared that the new hit “Broadway Girls” was “fire, bro,” Wallen explained how the track came to be, and how it ended up with Lil Durk being top-billed.

“That song kind of came about over this summer, and I was really, really, really pumped on it,” Wallen said. “Durk commented on my Instagram…. So I hit him up. Me and him had been talking a little bit throughout the year and kind of developed a friendship.” Wallen had put a snippet of his original recording on Instagram and it got more than a million views, attracting the rapper’s attention. “I was like, ‘I don’t know if you’re serious (about collaborating) or not, but here’s a couple of versions.’ And he took the song… I said, ‘I’m not gonna put out an album for a while. If you just want to throw this on yours, go ahead.’ So he did and I’m super pumped about it.”

It wasn’t clear if the four hosts were being polite in not asking Wallen any questions about the N-word controversy that caused him to have to sit out much of 2021 — even as his “Dangerous: The Double Album” became the most consumed album of the year without him promoting it — or if at least some of them weren’t even particularly aware of it.

In one awkward moment, Wallen was asked, “Do you like the kid who won ‘American Idol, who’s going on tour with Riley Green and Luke Combs… Chayce Beckham?” Wallen admitted he wasn’t familiar with him. Another co-host asked, “Is that the kid that said the word?” “No, that was another kid, a younger kid,” came the answer. The hosts seemed to be referring to “Idol” finalist Caleb Kennedy —  who dropped out of the show after imagery surfaced of him wearing a hood as part of a costume — with the mention of “the word” possibly conflating Kennedy’s racial controversy with Wallen’s.

The only time Wallen’s headline-making 2021 were alluded to came via an outside question one of the hosts took. “We got a question from our back channel,” said Crystal Mais. “One of the questions that we got is, ‘On “Good Morning America,” you pledged around $500,000 to Black Lives Matter charities. How did you decide on which charities?’”

“Well, initially there was a group of people that kind of reached out to me when all that stuff was going on, and they were just showing me a lot of kindness, and I liked what they were doing,” said Wallen, without naming the group. “So I immediately pledged the majority to them. And then we kind of spent some time looking around, just trying to see who I felt like was genuinely interested in doing something together … just somebody that I could really gain a partnership with and somebody that we could actually do something to make a difference for. I didn’t want to just throw money at something. So I just tried to be genuine and tried to see people who were like-minded and just trying to make a real impact. So we’re still working on it. And we’ve distributed all that, but we’ve still got some really good relationships that we’ve built and are working towards. So, it’s been awesome.”

Although Wallen did not name any names, the Black Music Action Coalition appears to be the supportive group he was referring to. Following a Rolling Stone article in September that questioned where the promised $500,000 had gone, USA Today reported that Wallen’s manager said $300,000 had gone to the BMAC “in the names of 20 people who had counseled him following the incident” (with further dispersals to individual charities from there), another $100,000 had gone to Rock Against Racism, and the remaining $100,000 would be earmarked before the end of the year.

Wallen’s appearance on Druski’s show drew media interest ahead of time because the singer has turned down just about all other interview requests this year, save for his appearance with Michael Strahan on “GMA” in July that was notable mostly for how little ground it covered. Wallen has hardly been given a get-out-of-jail-free card by all people of color or their supporters, as this chapter in country music’s ongoing racial divide remains unresolved.

But Druski’s disinterest in even broaching the hot-button topic with Wallen would make it appear that Wallen, ironically, may face far less of a gauntlet over the matter in the hip-hop world than he did in the country music industry.

The near-overnight ascent of “Broadway Girls” to No. 1 on the R&B/hip-hop chart might indicate that, as well. It’s worth noting, though, it remains to be seen whether it will garner the kind of support at radio that it has in on-demand consumption. It’s too soon for “Broadway Girls” (which is set in Nashville’s touristy downtown area and name-checks Jason Aldean’s bar) to have made an impact on the R&B/hip-hop airplay chart, with all of its success so far due to first-week sales and streaming. So it’s unclear yet how much of the feverish early support for the track is from Wallen’s fans, who haven’t had new music from the star since “Dangerous” came out almost 11 months ago, and how much is from Durk’s audience. Whether Wallen is a legit country/hip-hop crossover sensation is just one of the unanswered questions following the most successful recording artist of 2021 into a new year.