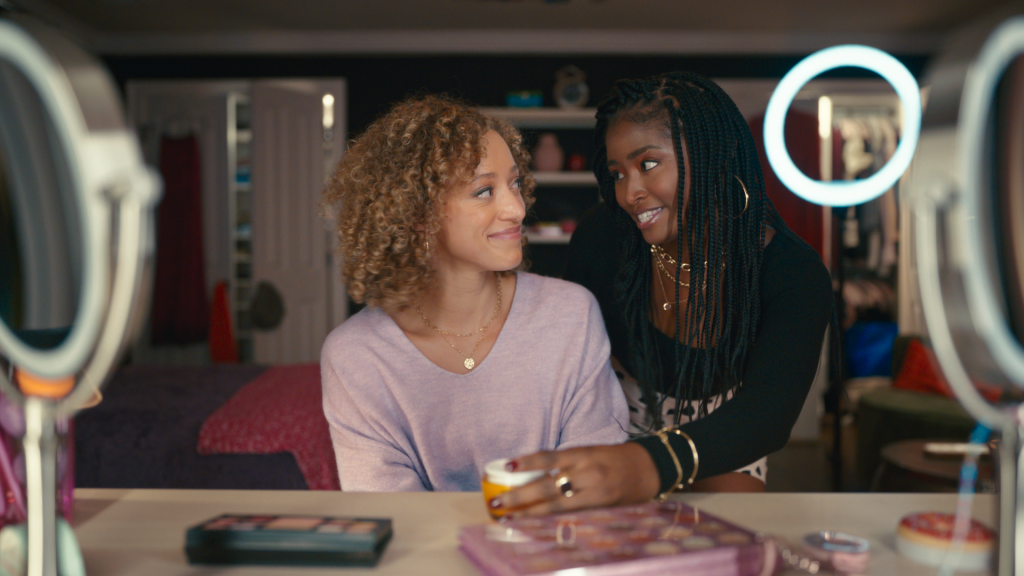 Lifetime is trying to turn a commercial break into a holiday tradition.

Last year, the A+E Networks-backed cable outlet showcased a 15 minute “mini-movie” that starred actor Mario Lopez as KFC scion Col. Harland Sanders. The steamy short poked fun at the network’s famous soapy dramas. At 8 p.m. Friday, Lifetime will bring out a new short film, one that is devoted to showcasing Procter & Gamble’s Olay. “A Merry & Bright Makeover” features Monique Coleman, who has starred in Disney’s “High School Musical” and is slated to appear during the premiere of Lifetime’s “A Christmas Dance Reunion.”

“You won’t find a more engaged audience than Lifetime viewers hunkering down for ‘It’s A Wonderful Lifetime’ holiday movies, and we leverage that passion to the advantage of our partners,” said David DeSocio, executive vice president of ad sales and partnership marketing for A+E Networks, in a prepared statement. “Our custom mini-movies are a heartfelt and highly engaging way for clients to connect with consumers.”

A+E pursues its mini-movie concept as traditional TV networks try to offer new kinds of commercials to an audience that is increasingly wary of traditional ad formats. Streaming-video venues like Netflix, Disney Plus and Hulu allow subscribers to watch their favorites with fewer ads  – and in many cases none. If advertisers can come up with commercial concepts that are as compelling as the programming they barge in upon, so the thinking goes, they might get consumers to pay more attention than has become the norm.

Olay plans to use the short to highlight its new skin care product, Vitamin C + Peptide24 Moisturizer, which will be featured in a story about a smart scientists who accompanies her boyfriend home for the holidays and prepares for a big evening out with the help of his savvy sister Eve.  Olay will also run ads and promos and offer a giveaway that started around Thanksgiving and will continue until Christmas.

The announcement was made at the Television Critics Association winter press tour on Saturday. The series was originally announced as in development last summer and is expected to air this summer on Lifetime.

The cabler previously found success with a similar docuseries, “Surviving R. Kelly,” which detailed allegations of sexual abuse and assault against the singer. Kelly was subsequently indicted on a range of federal charges including child pornography and kidnapping.

Epstein was arrested in July 2019 and accused of sexually assaulting and trafficking numerous underage girls. The case drew worldwide attention due in part to the fact that Epstein was known to associate with numerous powerful figures in Washington DC and internationally.

This was not the first time he was charged with such crimes, as he had received a sweetheart plea deal in 2008 from former U.S. Attorney Alexander Acosta, who resigned as the U.S. Labor Secretary when details of the deal were brought back up following Epstein’s new arrest.

Epstein died in his cell in a New York detention center in August in an apparent suicide, though many have speculated that he was murdered.

Adam McKay is currently developing a limited series at HBO about Epstein, which is based on Miami Herald investigative reporter Julie K. Brown’s upcoming book.

DC Universe, the DC-branded streaming service, brought their adult animated series based on “Harley Quinn,” while A+E brought along a range of projects from across their portfolio. It was also announced that A+E network Lifetime would be following up on their successful “Surviving R. Kelly” docuseries with two new projects.

Read the breakdown of Day 1 below.

Kaley Cuoco will voice the DC character Harley Quinn in the new DC Universe adult animated series of the same name. According to Cuoco, the character will move slightly away from being her typical villain-y self, but not too far.

“It’s almost like a few steps forward and 25 steps back, then she falls back into her old ways and she can’t really help it,” Cuoco said. She went on to say that one dynamic on the show she enjoys is the twisted family Harley builds with her fellow villains.

“She actually loves these people,” she said. “They’re very important to her.”

-“America’s Top Dog” Gets Ruff With the Competition

A&E announced the competition series “America’s Top Dog.” The series brings top K9 cops and civilian dogs along with their handlers together to compete head-to-head on a specially designed obstacle course. Each week’s winning team will receive $10,000 and an additional $5,000 to donate to the animal charity of their choice. In the final week of competition, top competitors will return to the finale course to battle for the title of “America’s Top Dog” and an additional $25,000 cash prize.

The series is hosted by Curt Menefee alongside expert trainer Nick White and sideline reporting by Jamie Little. The series hails from MGM’s Big Fish Entertainment and will premiere this winter.

–Lifetime Doubles Down on “Surviving” Docuseries

Following the massive success of the docuseries “Surviving R. Kelly,” Lifetime is following up with two new projects: “Surviving R. Kelly: The Aftermath” and “Surviving Jeffrey Epstein.” “The Aftermath” is set for four episodes and will follow up on Kelly’s case in the wake of the first docuseries. The Epstein project is currently in development and will examine the case of the multimillionaire who is accused of sexually abusing and trafficking children.

“To be one of only five brands to have prominent placement on that platform and to be alongside iconic brands like Disney, Pixar, Marvel and Lucasfilm gives us a tremendous advantage. It’s going to enable us to reach more consumers across every platform,” she said.