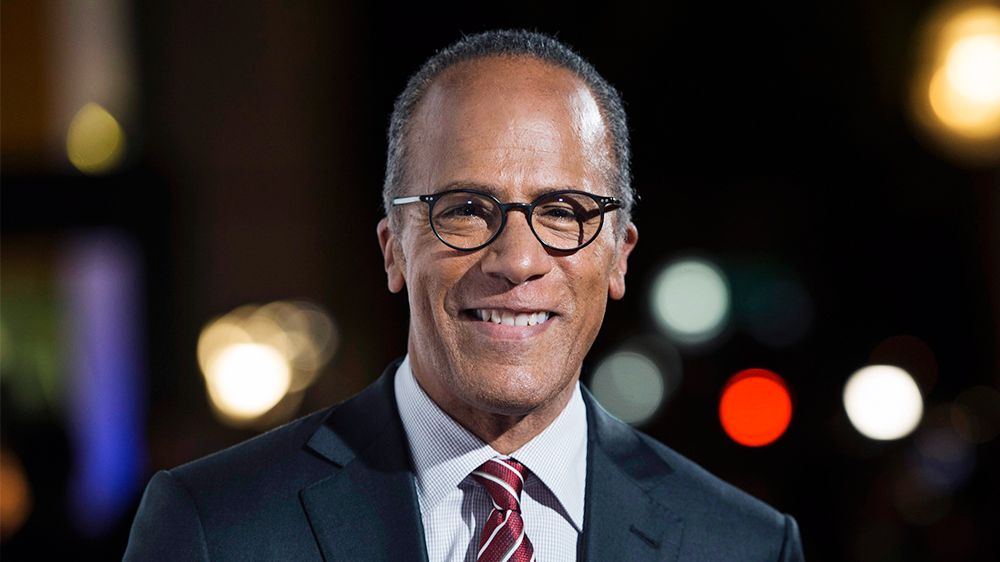 NBCU News Group will launch a new content franchise designed to call attention to influential individuals. “Inspiring America” includes an annual primetime TV event. “Inspiring America: The 2021 Inspiration List,” thatwill air on Saturday, May 1, at 8 p.m. on both NBC and its Spanish-language counterpart, Telemundo. The event will be co-hosted by Lester Holt, Savannah Guthrie and Hoda Kotb, and this year will honor Lin-Manuel Miranda, Bubba Wallace, Becky Hammon, José Andrés and Claire Babineaux-Fontenot.

The company intends to make the special an annual, live, in-person event. Other NBCU News Group personnel, including José Díaz-Balart, Craig Melvin, Vicky Nguyen and Shepard Smith, will take part in the special. The “Inspiring America” segment originated as a series on “NBC Nightly News” five years ago.

The concept sounds similar to “Heroes,” an annual CNN event that calls attention to people who make a difference in their communities and has been around since 2007. The program, hosted in recent years by Anderson Cooper and Kelly Ripa, honors ten different people who are selected each fall after a group of nominees are presented to CNN’s audience. NBCUniversal and CNN represent what may be the industry’s two biggest news entities, and can bring more resources to bear on topics than many rivals.

“As we all begin to heal after an enormously challenging year, it’s important that we find ways to connect with and inspire one another. That is the very foundation of ‘Inspiring America’ and why it has resonated as a popular signature series on ‘Nightly News’” says Cesar Conde, chairman of NBCU News Group, in a prepared statement. “We need uplifting stories now more than ever, and we are uniquely positioned to elevate them into a major franchise reaching millions more across our unparalleled portfolio.”

After the event’s initial airing on NBC and Telemundo, encores will be presented on May 2 at different times on CNBC and MSNBC.  The special will also stream on NBC News Now, the company’s live-streaming service and be available via Peacock, NBCUniversal’s streaming video hub.

NBCUniversal will release its complete “2021 Inspiration List” in the week leading up to the primetime airing of the special.

Democratic Debate: Contenders Seek to Break Out of the Pack (Updating Live)

Sen. Elizabeth Warren faces off against nine other candidates in the first 2020 presidential debate Wednesday night, amid growing furor over the treatment of migrant children.

Warren and Sen. Amy Klobuchar both paid visits on Wednesday afternoon to a migrant detention center at Homestead, Fla., about 30 miles from the Miami debate location. Several other candidates are expected to pay a visit later in the week.

On the first night, Warren will debate Sen. Cory Booker, former Rep. Beto O’Rourke, Klobuchar, former HUD Secretary Julian Castro, Gov. Jay Inslee, Rep. Tim Ryan, Rep. Tulsi Gabbard, former Rep. John Delaney, and Mayor Bill de Blasio. Warren is polling third nationally, behind only Biden and Sanders, while several of the lesser known contenders are polling at less than 1 percent. They will be looking for a viral moment to break out of the pack.

The debate is being carried on NBC, MSNBC, and Telemundo. The moderators are Lester Holt, Savannah Guthrie, Jose Diaz Balart, Rachel Maddow and Chuck Todd.

Check back here for updates.