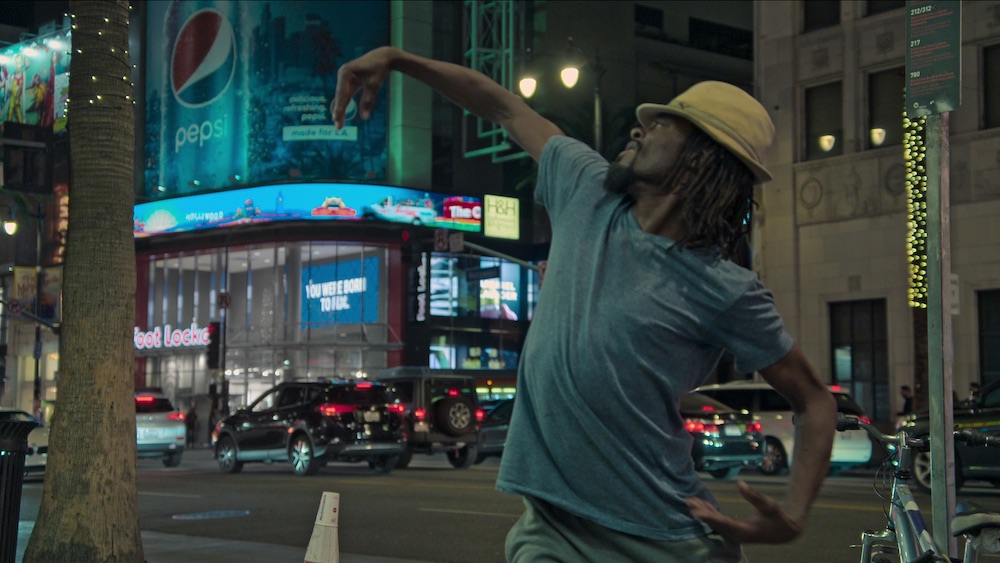 People make documentaries about all kinds of things: some slight and silly, others educational or emotional. But if you want to be nominated for an Oscar in the doc short category, it’s best to zero in on an issue the Academy can get behind, like homelessness, bullying and confronting prejudice. Just imagine if any other category were the same way — say, if the award for best sound mixing recognized only engineers who’d worked on movies that make the world a better place — but so it goes. At least all five of this nominees are solid (sometimes quite sophisticated) treatments of their subjects. As Roger Ebert used to say, “It’s not what a movie is about, it’s how it is about it.”

“Audible” is art, even if the project originated as a TV commercial. One of three Netflix-acquired entries in the mix (all of this year’s noms were released to the small screen), the film focuses on a handful of students at Maryland School for the Deaf, whose football team went for years without losing to another hearing-impaired team. A decade ago, director Matt Ogens shot a segment for Toyota’s “Line of Scrimmage” campaign at the school, returning year after year to find the right group of students to showcase in a more personal project. He landed on Amaree, a homecoming king on the cusp of adulthood, shaken by a close friend’s suicide. Gifted with a masterful visual sense (that was clear from his 2007 Hollywood Blvd.-of-broken-dreams doc “Confessions of a Superhero”) Ogden experiments with audio here as well, creatively devising a kind of heightened identification with these remarkable young people.

Earlier this month, HBO acquired Jay Rosenblatt’s “When We Were Bullies,” an essay film in which the director continues to explore an incident of grade-school bullying. Rosenblatt was not the victim, but one of the perpetrators in which the entire class turned on one kid, and he’s still wrestling with the guilt all these years later. The short serves as a follow-up to 1994’s “The Smell of Burning Ants,” in which he blended archival footage of boys with observations on how they are conditioned in American culture: “Boys become boys in large part by not being girls. The ones who don’t figure this out are the same ones that get beaten up.” Through a strange coincidence, the narrator of that film, Richard Silberg, was a fifth-grade classmate of Rosenblatt’s at P.S. 194. Together, they attend an elementary-school reunion and speak to the other students. They even track down their teacher, Mrs. Bromberg, now 92. The ending is unsatisfying, though this deeply personal film serves as a powerful rumination on how such incidents can haunt us. (It would make an excellent double-bill with Belgian director Laura Wandel’s “Playground,” which is told from a child’s-eye view.)

Probably the most conventional entry of the bunch, Netflix-available “Three Songs for Benazir” represents co-directors (and married couple) Elizabeth and Gulistan Mirzaei’s ongoing work in Afghanistan, where they try to shed light on people and stories overlooked by the media. Visiting a camp for people displaced by war in Kabul, they find Shaista, a young man with a teenage bride, Benazir. The couple look like characters out of Pasolini’s Trilogy of Life: They still have the faces of children, marked by peach fuzz and acne, and seem to know hardly anything of the wider world. Benazir wants to enlist in the Afghan National Army, but he can’t do so without the approval of his elders, who claim, “If you sign, the Taliban with chop us to pieces.” Even before men with rifles took back control of the country, this short captured the forces standing in the way of change.

Also on Netflix, Pedro Kos and Jon Shenk’s “Lead Me Home” tackle a familiar enough issue in a formally inventive way. After cycling through drone shots of tent cities and homeless encampments in three west coast cities (Seattle, San Francisco and Los Angeles), they zoom in to the human level, introducing a handful of destitute souls from the perspective of a social worker running down a shelter intake questionnaire. Two years ago, just before the pandemic, California governor Gavin Nesom dedicated his State of the State address to this crisis: “Most of us experienced homelessness as a pang of guilt, not a call to action,” he said. Newsom’s speech would’ve made a fine backbone for the short, but this isn’t a TV-news segment or a conventional talking-heads doc. Kos and Shenk seem to be channeling “Koyaanisqatsi” in their approach, delivering a mesmerizing and often heartbreaking montage of a complex problem.

Finally, there is Ben Proudfoot’s “The Queen of Basketball,” the latest Oscar nominee to hail from the New York Times’ terrific Op-Docs series. (Variety readers have probably noticed a swell in the number of video stories on this web site, as it’s a great way to enrich the format of a conventional profile or story. But no one does it better than the Times.) At 22 minutes, “Queen” keeps it short and sweet, introducing us to basketball legend Lusia Harris — “long and tall and that’s not all” — who made history as the first woman to score a basket at the Olympics, only to be forgotten by history. This is essentially a single-source story, reinforced with archival photos, clippings and footage, as Harris tells her own story, cracking herself up with laughter after practically every line, even when recounting the down bits — like her bout with bipolar disorder and passing up an offer to play for the NBA.