The Story Behind Halsey’s Provocative ‘If I Can’t Have Love, I Want Power’ Cover Art (EXCLUSIVE) 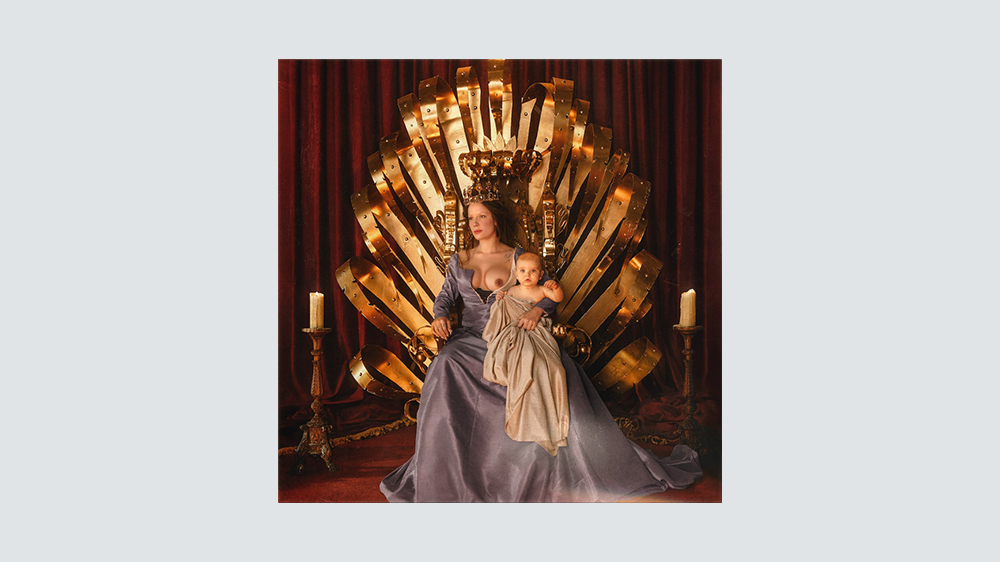 The reveal of the cover for Halsey’s “If I Can’t Have Love, I Want Power” set the internet abuzz when it was unveiled earlier this year. Now that the album is out, stylist Law Roach, who counts Celine Dion, Zendaya, Kerry Washington and Tiffany Hadish among his clients, is revealing the a bit about the creative process.

“She said, ‘This is what I want to do and this is what I’m thinking,’” says Roach of Halsey. “She let me go out and create.”

Halsey had previously conveyed the meaning of the album, writing: “This is a concept album about the joys and horrors of pregnancy and childbirth. It was very important to me that the cover art conveyed the sentiment of my journey over the past few months. The dichotomy of the Madonna and the Whore. The idea that me as a sexual being and my body as a vessel and gift to my child are two concepts that can co-exist peacefully and powerfully. My body has belonged to the world in many different ways the past few years, and this image is my means of reclaiming my autonomy and establishing my pride and strength as a life force for my human being.”

Adds Roach: “It was about becoming susceptible to her energy, her thoughts, her feelings, her love and her explanation of who this woman was.”

The cover art, he says was inspired by a two-panel painting from 1452, the “Melun Diptych,” by French painter Jean Fouquet.

With that, Roach went in search of a designer with knowledge of fashion across different eras. “It was a lot of research and we landed on Alex London, CORVUS + CRUX,” he says of the silver dress. “She had studied art and fashion from that period, so that worked out.”

Daniel Roseberry of Maison Schiaparelli delivered the orange couture dress seen in the video. “It’s from one of his first collections when he joined the house,” says Roach. “When I pulled the dress and told him I used it, he said he had been waiting for that dress to have a moment.”

And it was a moment indeed.

The ring and drop earring Halsey wears is by L.A.-based designer Loree Rodkin, renowned for her gothic creations often seen on Cher, Miley Cyrus and even Michelle Obama. “We use her throughout, and I love how she has this rock star edge but it is fine jewelry,” Roach says.

As for shooting in New York’s Metropolitan Museum of Art, Roach gets emotional recalling how he watched Halsey walk through the museum for the 13-minute video. “We have been locked away for so long, and to be back in that building and be around that inspiration was phenomenal.”

With Roach as the architect, it was up to photographer Lucas Garrido, also working with the singer for the first time, to capture the album cover. With a few notes from Halsey’s team, the message behind the album and the Renaissance paintings as a reference, Garrido says he wanted to emulate that flawless, angelic look. “We put our focus on that: the aesthetics, how she sat and how we positioned the fabric.”

Roach hints that there may be more to come. “Stay tuned, because it’s incredible.”