‘Shrek’ at 20: How the Soundtrack Became a Millennial Cultural Touchstone 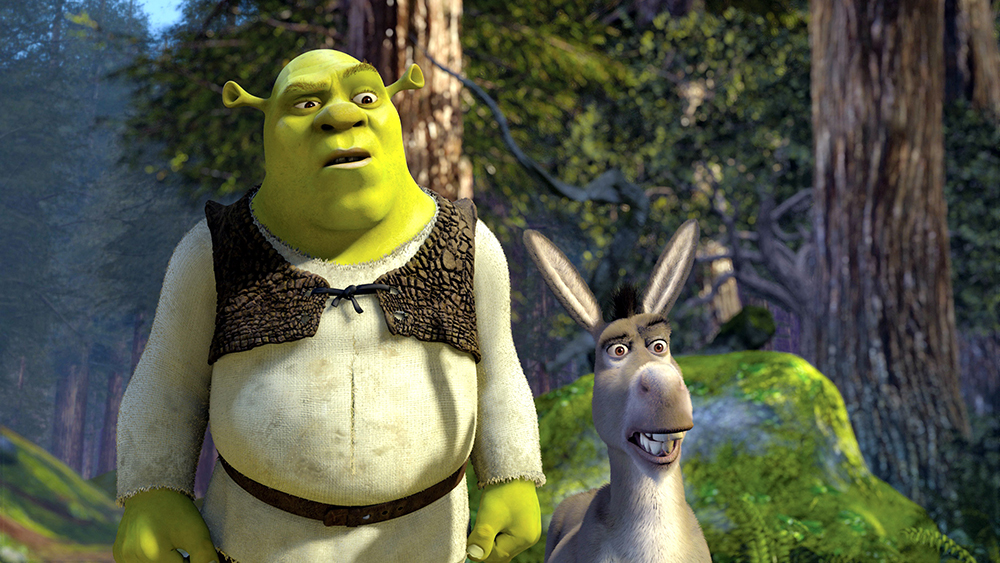 During the development of “Shrek,” the creators did not consider what might appeal to children.

“Andrew [Adamson, co-director] and I, we didn’t have kids,” co-director Vicky Jenson says. “We were making a movie that we would go see.”

When it came to the songs, the overarching mission was the similar, says the film’s music supervisor, Marylata Elton says. “We were just trying to make a great movie,” she says. “We weren’t thinking about a soundtrack at all.”

Two months after the movie premiered on April 22, 2001, “Shrek (Music from the Original Motion Picture)” hit No. 28 on the Billboard 200 and later scored a Grammy nomination. Since then, the “Shrek” soundtrack has earned a place in the pop culture zeitgeist to the point that Universal Music Enterprises released a vinyl edition in 2019.

The DreamWorks classic marked the first time a popular animated feature opted for contemporary music instead of original songs. Jenson explains that the choice was informed by the storytelling team’s cinematic taste.

“We’d seen it in indie movies and loved it,” she says. “The idea of doing that here to help push forward an emotion that’s already there in the characters and on-screen but captured in a known song felt modern and different.”

Though “Shrek” is characterized by a wry sense of humor, each track signals an emotion that’s deeply genuine. The placement of Leonard Cohen’s “Hallelujah” (sung by John Cale in the movie and Rufus Wainwright on the soundtrack) was meant to capture Shrek’s heartbreak.

“Shrek was angry and bitter and didn’t realize how much he was longing for friendship,” Jenson says. “John Cale just seemed to capture the crusty skin that Shrek wore around protectively.”

For another sequence, Elton’s goal was to improve on the catchy temp track. When Donkey and Shrek first begin their journey to rescue Princess Fiona, the scene was accompanied by “On the Road Again” by Willie Nelson.

“I have so got to beat that,” she remembers thinking. She wound up choosing the Proclaimers’ “I’m on My Way,” which brilliantly highlighted Shrek’s character development with the line, “I’m on my way from misery to happiness today.”

The movie is littered with efficient needle drops, none better than its opening scene. If the soundtrack was gold, then “All Star” was its alluring glitter. Elton explains that the Smash Mouth anthem was used as temporary filler so the animators would have something to work to. DreamWorks hired musician Matt Mahaffey to create a song specifically for the scene, but test audiences continued to prefer “All Star.” The song’s familiarity immediately pulled viewers in, says Elton.

“[Shrek] found the humorous way to live his life and take his mud baths and be the star of his own movie,” Jenson adds. “The tone of that song just seemed to capture that self-sufficient rebellious celebration of his filthy life.”

Smash Mouth was in the middle of recording their third album when they were approached to sign on for “Shrek,” including the final track, a remake of The Monkees’ “I’m a Believer.” Some band members were hesitant about spreading themselves thin with a movie soundtrack. In hindsight, bassist Paul De Lisle says that they ended up making the right choice, noting he thinks some people believe singer Steve Harwell is Shrek.

“Ever since the ‘Shrek’ movie came out, 20 years later, at every one of our concerts there’s someone holding up a Shrek sign or someone dressed up as Shrek,” De Lisle says.

According to Elton, the staying power of “Shrek” also rests on how people have embraced the story. Fueled by a nostalgic soundtrack, the film “reached all of us ugly ducklings,” she says. “Music is so universal. I think that’s why people connected to it, and there’s a whole generation. … It really just got into their DNA.”

Malaysia has ordered cuts to the U.S.-Chinese animated feature “Abominable,” which includes a scene involving a map that portrays China’s contested territorial claims in the South China Sea.

The map scene has already caused the film to be banned in Vietnam. The Philippines foreign minister this week called for “Abominable” to be boycotted.

The film is due to be released in Malaysia on Nov. 7. “The animated film titled ‘Abominable’ has been given approval for screening in Malaysia under the condition that the controversial map is removed from the film,” said Mohamad Zamberi Abdul Aziz, chairman of Malaysia’s censorship board, also known as the Lembaga Penapis Filem or LPF.

The map in the animated film depicts the so-called “nine-dash line,” a U-shaped boundary unilaterally declared by Beijing that carves out resource-rich maritime regions for itself. Vietnam, Taiwan, The Philippines, Brunei and Malaysia all make contesting and overlapping claims.

The film is a Sino-U.S. co-production between Comcast-owned DreamWorks Animation and the Shanghai-based Pearl Studio. Pearl is now a fully Chinese-owned rebrand of the former Oriental DreamWorks joint venture, which was founded with great fanfare in 2012 as a landmark collaboration between Hollywood and China.

In July 2016, an independent arbitration tribunal established under the U.N. Convention on the Law of the Sea (UNCLOS) published a clear and binding ruling on China’s claims regarding the Philippines in the South China Sea. The tribunal said that the nine-dash line claims were mostly incompatible with UNCLOS, and it explained that building artificial islands in the sea does not give China territorial claims in the area. China’s response was to call the ruling “a waste of paper.”

The movie has performed well in North America, but poorly in China. On domestic release since Sept. 27, “Abominable” has grossed $49.7 million. It was released in China on Oct. 1, China’s National Day. But its patriotic Chinese elements have failed to win over Middle Kingdom audiences, which have never ranked the film higher than third in the box office charts. Its China total to date is $14.6 million.

The map controversy comes at a time when China’s economic and political rise is causing increasing friction with parts of Asia and the West. And at a time when the world is watching to see how China handles the increasingly entrenched and violent social strife in Hong Kong.

In recent months, Chinese authorities have forced hotels and airline companies into retreat over geographic details on their websites and publicity materials. And Chinese citizens have been mobilized to boycott the Coach, Givenchy and Versace luxury goods brands for mislabeling Hong Kong as a separate country. Coach and Givenchy also listed Taiwan as a separate nation.

Last week, ESPN also faced criticism for using a map that appeared to endorse China’s claims to both the self-governed island of Taiwan and the same disputed South China Sea regions. China has never disavowed the possibility of using force to bring Taiwan to heel, and views the self-governed and democratic island as a renegade province.