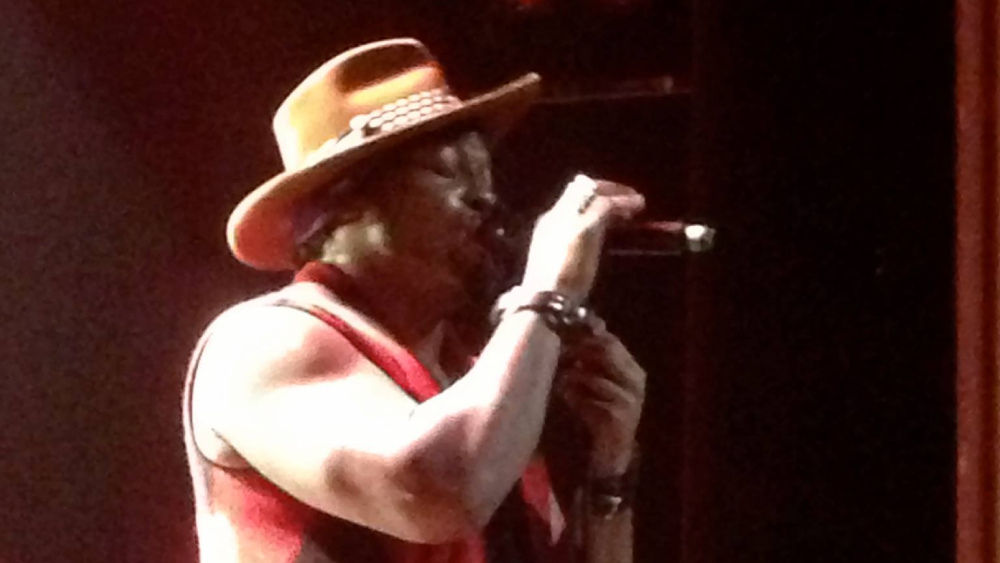 Reclusive R&B superstar D’Angelo will face off against unnamed “Friends” in a Verzuz DJ battle aimed straight at the hearts of the series’ core audience. The battle will take place on Saturday, Feb. 27 at Harlem’s historic Apollo Theater, where virtually every R&B legend from Billie Holiday and Stevie Wonder to Lauryn Hill and, of course, D’Angelo has performed.

The internet lit up on Valentine’s Day night with speculation about who the “friends” might be for this episode of Verzuz, the online DJ-battle series that finds artists playing their hits against a contemporary artist in a (usually) friendly competition while fans cheer on via social media. Launched last year by veteran songwriter-producers Swizz Beatz and Timbaland, the series plays up the drama between the two artists like a sports competition — the more backstory, the better. Sometimes it’s a lovefest (like Jill Scott vs. Erykah Badu, or Alicia Keys “vs.” John Legend), while others present artists who genuinely had differences in the past (Brandy vs. Monica and especially Jeezy vs. Gucci Mane). It almost immediately became a lockdown favorite, particularly with the demographic that loves the R&B and hip-hop of the 1990s-early 2000s and is also active on social media. Like the Brandy vs. Monica matchup, D’Angelo is a bullseye for that audience.

The Virginia-born singer burst onto the scene in the mid-1990s on the wave of “new retro soul” artists ranging from Erykah Badu and Maxwell to the Roots and Fugees, with a sound that was informed by both hip-hop and the classic R&B the artists grew up on. Due in no small part to the steamy video for his song “Untitled (How Does It Feel),” D’Angelo was poised for superstardom with his 2000 album “Voodoo,” but became uncomfortable with the attention and effectively vanished for almost 15 years, touring rarely and playing pickup shows with longtime collaborator Questlove. He finally re-emerged with 2014’s powerful “Black Messiah,” but dropped from sight after a tour in support of the album — which included a special show at the Apollo, a venue he also had played early in his career.

The setting for his Verzuz is no coincidence, as the Apollo holds meaning not only for D’Angelo but also his possible “Friends,” who could include any of the above artists as well as many others. D’Angelo surfaces into public view so rarely that speculation quickly emerged about a new album, but similar rumors have arisen many times over the past two decades, and he’s released one album in 21 years.

Originally launched on Instagram Live, Verzuz has since expanded into multiple partnerships, including Apple Music and Twitter, and has hosted a wide variety of artists spanning generations, ranging from Teddy Riley vs. Babyface and Snoop Dogg vs. DMX to Patti LaBelle vs. Gladys Knight..