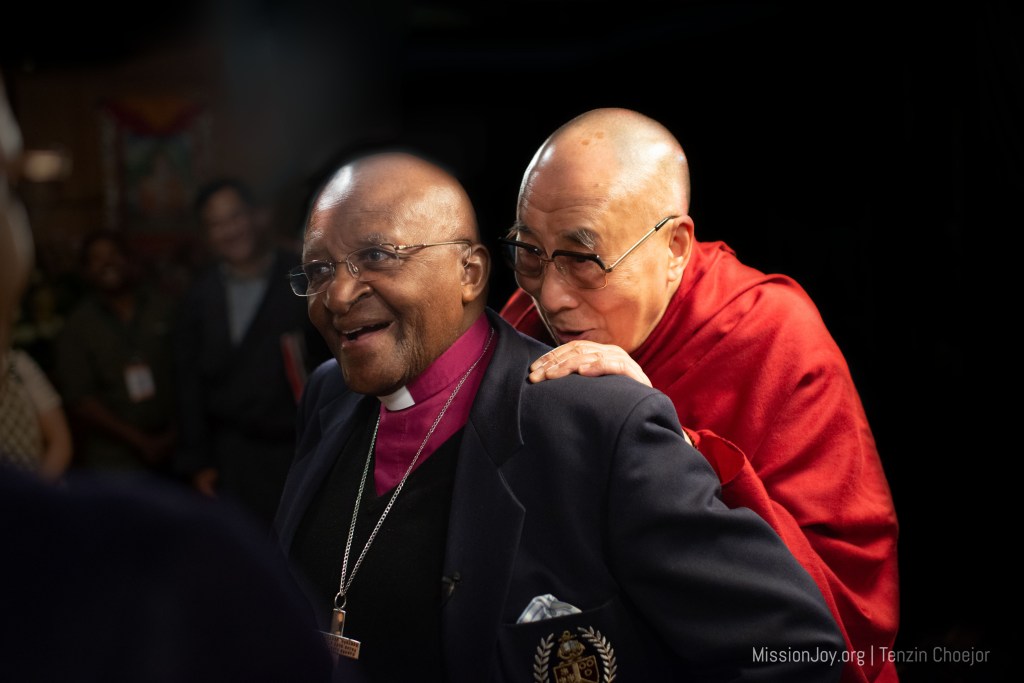 Despite hailing from different backgrounds and faiths, His Holiness the Dalai Lama and Archbishop Desmond Tutu are linked by their kindred fights for justice and self-determination for all. Their unique friendship is the crux of “Mission: Joy – Finding Happiness in Troubled Times,” Academy Award-winner Louie Psihoyos (“The Cove”) and co-director Peggy Callahan’s nonfiction portrait of their relationship and shared ethos about the importance of positivity in individual, familial and communal life. Premiering at the Tribeca Film Festival, it’s an uplifting look at two revolutionary forces for good, although its appeal will largely depend on viewers’ tolerance for familiar history lessons and generic (if valid) views on contentment, anger and forgiveness.

Inspired by its subjects’ prior bestseller “The Book of Joy,” “Mission: Joy” revolves around a sit-down between Tutu and the Dalai Lama, during which their coauthor Doug Abrams questions them about their philosophies regarding the concept of joy. Their insights turn out to be thoughtful but bland: Joy comes from within, rather than from materialistic items and ambitions; joy is beneficial for the mind, body and soul; joy is greatest when it’s directed at others; and suffering — something both men known about, thanks to their respective political ordeals — can enhance one’s appreciation of joy, so long as the proper look-on-the-bright-side perspective is assumed.

These are all bedrock truths that few would dispute, and yet the broadness with which Tutu and the Dalai Lama discuss them — devoid of any mention of present-day global turmoil — has the effect of making them sound like platitudes. Fortunately, their natural, laughter-filled dynamic keeps things lively. Both of them recognizing the other as their “mischievous spiritual brother,” the men spend most of “Mission: Joy” clasping hands, gazing lovingly into each other’s eyes and cackling with delight at playful taunts. Tutu’s daughter Mpho Tutu van Furth describes their energy as akin to that of an “eight-year-old boy,” and their ability to find pleasure in each other’s company — even at their advanced age, with all the misery they’ve endured and while discussing such weighty topics — is a testament to their conviction that joy is a fundamental aspect of a rich, rewarding life.

Interspersed throughout the pair’s interview are brief recaps of their backstories. Archival footage, as well as commentary from van Furth and the Dalai Lama’s translator Thupten Jinpa Langri, tell the tales of the Dalai Lama’s upbringing as the chosen one and exile from his native Tibet courtesy of communist China, and of Tutu’s transformation from a teacher to a man of the cloth who helped lead the charge (alongside Nelson Mandela) against South African apartheid. Such primers are concise and functional, albeit far from in-depth or revelatory. More cursory still are vignettes with a couple of scientists who discuss how their research has proven the physical benefits of being joyful, as well as humans’ ability to train themselves to achieve peaceful minds — asides that feel like unnecessary secular evidence to support these spiritual leaders’ ideas.

From an aesthetic standpoint, “Mission: Joy” is about as straightforward as they come; only a few beautifully animated sequences (depicting the men’s childhoods) energize the proficient, pedestrian action. The selling point of the entire affair is learning about, and basking in, the affection shared by Tutu and the Dalai Lama, and Psihoyos and Callahan don’t skimp in that regard, their film constantly reveling in the duo’s mutual respect and admiration for each other. Their palpable joy at being together makes them not only unique beacons of hope, but exemplars of the principles they espouse. Given the borderline-prosaic nature of their convo, however, it’s easy to imagine one’s mileage for such gushing chitchat varying.