‘Crisis’ Review: 20 Years After ‘Traffic,’ Opioids Get a Similar Treatment 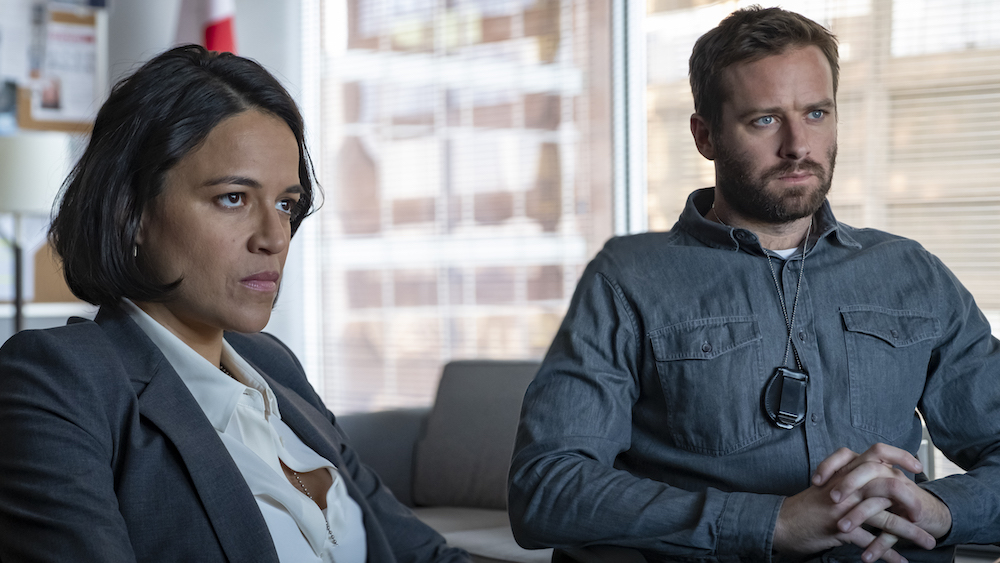 Some problems can’t be solved with a prescription. Attempting to do for the opioid epidemic what “Traffic” did for the war on drugs, Nicholas Jarecki’s “Crisis” sets up three separate storylines — a grieving mama with a grudge (Evangeline Lilly), an undercover DEA operative with an imminent bust (Armie Hammer) and a compromised research professor with a conscience (Gary Oldman) — and proceeds to braid them together for maximum melodrama.

It’s compelling, relevant filmmaking designed to cover all aspects of this ever-escalating national-health issue, thrown for a loop by an unforeseen crisis of its own: the very public scrutiny of Armie Hammer’s own alleged addictions (which, ironically, could actually boost the film’s profile). Dense but never difficult to follow, “Crisis” is crammed with screaming matches, shootouts and plenty of those bleary-eyed scenes where desperate relatives try to process the impact of drug abuse on their loved ones — which is to say, there’s no shortage of engaging and/or wrenching material here.

But like Jarecki’s 2012 debut, financial-crisis morality play “Arbitrage,” one gets the impression that the helmer has bitten off more than he can chew as he strains to compress a thorny subject into a tight two-hour package. It’s ambitious, sure, but more focused indies (such as “Little Woods” and “Beneath the Harvest Sky”) have taken a relatively nuanced approach in recent years, whereas “Crisis” deals in broader stereotypes. Remember, “Traffic” first existed in miniseries form, and it took a master, Steven Soderbergh, experimenting with sophisticated cross-cutting (by Y2K standards, at least, since the film’s color-coded strategy can feel too hand-hold-y today), to reduce all those threads to a coherent 147 minutes.

A limited series might have been the way to go with “Crisis” as well, since the feature treatment deals primarily in plot, leaving limited room for the characters to develop beyond the clichés that define them. Even so, a talented yet over-amped cast does its best to flesh out the stereotypes it has been handed, and Jarecki shows a kind of confidence behind the camera that masks the film’s more generic aspects. (Lilly’s Claire Reimann, for example, is presented as an ex-oxycodone addict, whose internal struggle is too easily flushed down the sink and forgotten.)

“Crisis” opens with an action scene, as a camouflaged drug runner is ambushed by police in a helicopter and on snowmobiles while trying to smuggle fentanyl across an unpatrolled stretch of the Canadian border. Jarecki keeps the momentum going — sometimes simply by using dynamic camera moves to energize otherwise static situations — throughout the first act as he introduces his three lead characters.

Back in Detroit, after the arrest, Jake Kelly (Hammer) does damage control with a pair of “Armenian power gangsters,” then risks blowing his cover to visit his strung-out sister (Lily-Rose Depp) in rehab. Across town, Claire copes with her recovery in a survivors’ meeting, only to realize how close to home the illicit opioid trade hits when her son goes missing. And in the halls of a private university, charismatic professor Dr. Tyrone Brower (Oldman) impresses in the classroom, but may have compromised his integrity in the lab by conducting drug trials directly sponsored by a monster pharmaceutical company.

When Tyrone’s assistants discover that a new wonder drug, Klaralon, is three times more addictive than other painkillers on mice (and fatal in excess), he’s torn by what to do with the findings. The movie sends a smarmy Big Pharma exec (Luke Evans) to make the conflict of interest even more generous (he offers Tyrone’s department a $780,000 grant in exchange for enhanced nondisclosure terms). Such shady practices do happen, of course, but Jarecki tends to oversimplify, putting ultimatums in characters’ mouths that would be more menacing if implied.

It’s not so different for the trailer-length explanation Hammer’s character gives his supervisor (Michelle Rodriguez) of the “pill mills” Jake has established, leaning on corrupt doctors to write unnecessary prescriptions to homeless recruits. (Jarecki, who plays Jake’s DEA partner, sets the montage to the Rolling Stones’ “Can’t You Hear Me Knocking” for a Scorsese-like kick.) Such scams are troubling, but not especially creative to anyone who’s been paying attention to the escalation of the opioid crisis in recent years — a situation whereby painkillers have themselves become killers, and enforcement is complicated by the institutional deep pockets that profit from both the illicit and intended use of their inventions.

Here, it’s hard not to compare “Crisis” with older brother Eugene Jarecki’s 2012 documentary “The House I Live In,” a hard-hitting look at flaws in America’s drug policy. That film touched on the way enforcement differs depending on whether the addicts are Black or white, grappling with the complexity of many of the issues that “Crisis” presents as clear-cut moral dilemmas. Sure, it can be goose bump-inducing to hear Oldman sputter, “This is the biggest public health crisis since tobacco. We can’t just turn a blind eye!” to his school’s donation-grateful dean (Greg Kinnear). But a development involving an old sexual harassment charge dug up to discredit Tyrone feels reductive, as do many of the movie’s side intrigues: a dangerous list of police informants, a regulatory whistleblower service at FDA headquarters, the fate of Claire’s son.

Jarecki’s tendency to streamline subplots doesn’t make “Crisis” any less engaging, giving everything a pop, Michael Crichton-esque feel. Back in the ’90s, the best-selling author built his career around boiling down big ideas into terse, two-page chapters, setting up mini-cliffhangers in a way that kept readers pawing forward. The structure of “Crisis” feels similar, as Jarecki gives brisk updates on each of the three characters while alternating quickly enough between strands that audiences can’t quite get ahead of the predictable plot. It’s an attention-deficit technique that speaks to another Big Pharma problem (the over-prescription of drugs like Ritalin), but that’s an issue for another movie.