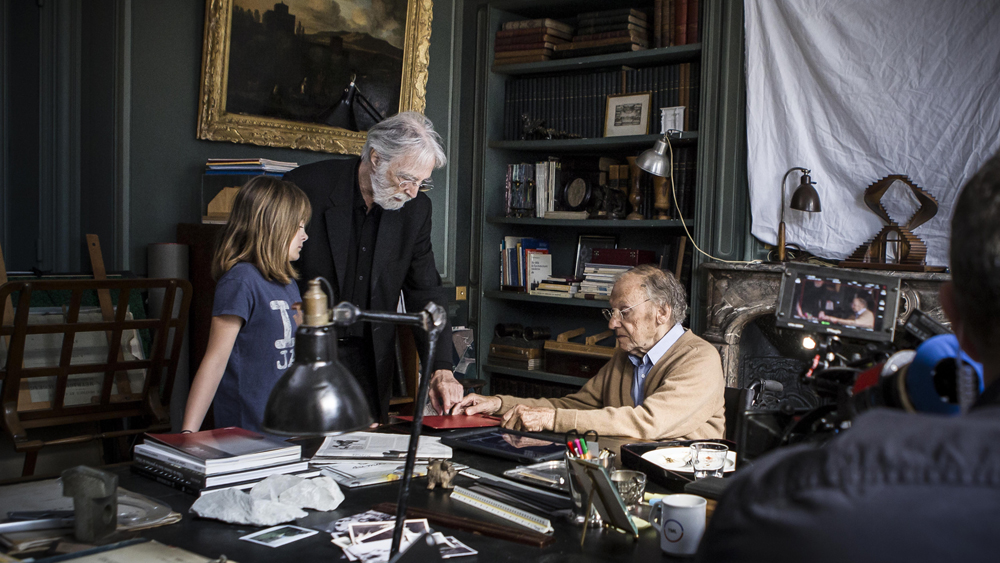 Cinétévé Sales, the global distribution branch of Paris-based production banner Cinétévé, has scored a raft of international sales for non-fiction projects presented at this year’s Unifrance Rendez-Vous in Paris. Among the titles brought to market at this year’s edition – the first to welcome film and television buyers under the same roof – include a doc about Michael Haneke, an ambitious ecological series, and the third season of popular modern history title “History Uncovered.”

A fixture on the French scene since 1982, Cinétévé launched its international arm in 2020, bringing on industry vet Gorka Gallier (previously of Doc & Film International) to lead a sales team that has since expanded. Under Gallier, the team has sought co-production opportunities while looking to fill new niches in the global television market.

Gallier points toward “Michael Haneke, Cineaste of our Times,” a doc produced in partnership with Arte and Austrian public broadcaster ORF, as an example of his team’s larger strategy. “[Alongside broadcast partners,] we also contacted Haneke’s traditional theatrical distributors to offer them the film,” Gallier tells Variety. “It could be a kind of bonus for them, and could help us put the project before a different set of eyes.”

Produced by Fabienne Servan Schreiber and Laurence Miller, and directed by Marie-Ève de Grave, “Michael Haneke, Cineaste of our Times” will offer a portrait of the two-time Palme d’Or winner that mixes interviews with the filmmaker and his key collaborators (actors Juliette Binoche and Isabelle Huppert are both already confirmed) alongside excerpts from his films. Cinétévé also brought on Haneke’s traditional producer Les Films du Losange as a co-production partner, offering the project in depth access to his oeuvre.

Due for delivery early this year – in time to celebrate the auteur’s 80th birthday – the title has already locked in pre-buys from the U.S. (TCM), Poland (Canal Plus), and German-speaking Switzerland (SRF).

Cinétévé could bank on an even greater degree of investment in its title “History Uncovered.” As season three finishes production, the prior season – which covered such topics as denazification, the British empire, and the presidency of Ronald Reagan in six, 53 minute installments – has already sold to more than 20 territories, with many re-upping for the subsequent season.

Showrun by Olivier Wieviorka and David Korn-Broza, the third season will examine topics like the sub-prime mortgage crisis, the Vietnam War, and the creation of the state of Israel, and is slated for delivery in April.

Looking further ahead, Cinétévé used the occasion of this year’s Rendez-Vous to launch “Of Trees and Forests: The Invisible World.” Benefiting from a €1.4 million ($1.6 million) budget, the six-episode series will go into production this summer, with each episode focusing on a particular international forest.

“The forests forms an ecosystem, and each episode will uncover the different processes and interactions that trees have between them with the wider natural world,” Gallier says. “The idea is to shoot in six forests from all over the world, detailing the unique form of communication that trees share between them, which is often called the Wood Wide Web.”