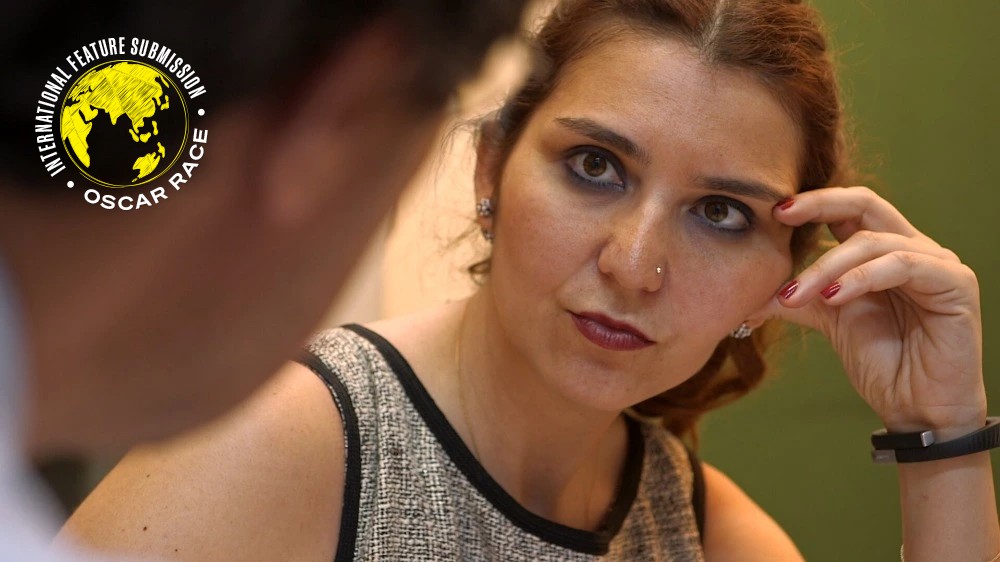 “Dying to Divorce” begins and ends with an onscreen counter, ticking over as rapidly as a zealous taxi meter — if only it were measuring anything so banal. Instead, it’s a representation of Turkey’s appalling rate of femicide over recent years, the screen below the counter filling up with the names of women murdered by their partners, as the number above queasily rises. As the screen fades out before a total is reached, the point is solemnly made. Examining the country’s culture of patriarchal violence and weighing it up against the systemic rot that allows it to fester, British docmaker Chloë Fairweather’s plainspoken debut feature has a lot to take on in an 80-minute timeframe, and if it doesn’t manage to complete all its arguments, that doesn’t diminish the power of a film about a crucially unresolved problem.

Though it’s a British production — and duly entered as the U.K.’s international Oscar submission — “Dying to Divorce” largely avoids a journalistic outsider’s view, instead embedding itself in the cultural and political particularities of Turkish society. Fairweather’s way into her film’s daunting subject is via the We Will Stop Femicide Platform, a Turkish activist collective that also collaborates in the court cases surrounding victims and survivors of domestic violence. As we are told early on that one in three Turkish women experiences such abuse at the hands of a partner (the highest rate in the economically developed world), their work is grimly cut out for them.

Through the Platform, we encounter the film’s three principal human subjects — two of them survivors ensnared in ugly legal battles, one a defiant lawyer fighting their corner. The testimonies of the former make for difficult, enraging viewing. Introduced with archive footage from her former life as a Bloomberg TV anchor, Kubra is scarcely recognizable today: After being struck multiple times on the head by her husband, she suffered a brain hemorrhage that has affected both her mobility and her speech. Also left disabled by her husband is Arzu, having been shot at close range in all four limbs upon requesting a divorce. Under a Turkish legal system rigged against them at numerous turns, both women face significant obstacles in bringing their attackers to justice, and even in securing custody of their children.

Their horror stories aren’t even exceptional in the professional routine of Ipek Bozkurt, a lawyer specializing in cases involving women’s rights — who serves the film as both a warmly empathetic ally and a jaded teller of hard, ugly truths. “Dying to Divorce” aims for a similar balance in its own perspective, finding isolated spots of optimism in its depiction of communal feminist rallies and modest, inevitably compromised legal victories.

Still, Fairweather is not out to sugarcoat proceedings with false uplift. The more we zoom out to see the bigger picture, the bleaker it gets, particularly as the film pivots from the victims’ individual narratives to a more generalized view of Turkish institutional corruption. An extended passage is dedicated to the country’s 2017 constitutional referendum, the specious outcome of which gave the incumbent government greater unchecked power — a blow to activists like Bozkurt pushing against the odds for progressive legal reform. The film’s micro-to-macro shifts in focus aren’t entirely smooth. Viewers less familiar with Turkey’s political landscape are left to surmise the trickle-down effect of systemic changes or stasis. The progress of Kubra and Arzu’s gripping court battles has been tightly condensed in the edit, and “Dying to Divorce” could stand a longer runtime and increased procedural detail.

Even where the film wavers structurally, however, its emotional impact is consistent, driven home by the courageous candor of its participants — the survivors most of all, of course, but also their champions and families, including the few men in their corner. One of the film’s most moving interviews is with Urzu’s formerly conservative father, as he admonishes himself for permitting her marriage at just 14 years of age, to the man who nearly killed her. “I ruined the lives of my children just to keep with tradition,” he admits. New traditions in the Turkish patriarchy are a long way off, but this quiet sliver of self-awareness is a start.