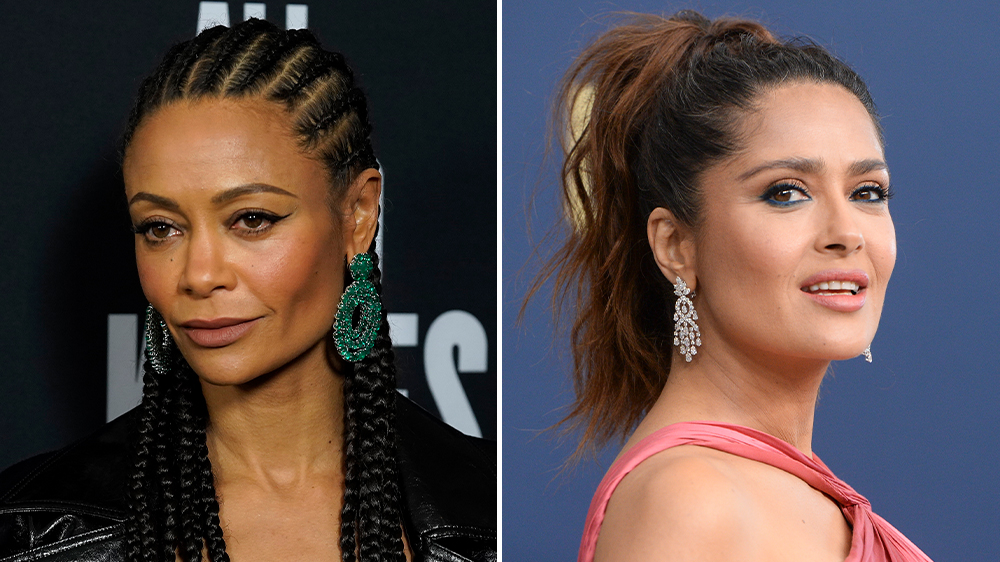 “Thandiwe Newton has made the difficult decision to step away from the production of Warner Bros. Pictures’ Magic Mike’s Last Dance to deal with family matters,” a spokesperson for the studio told Variety on Wednesday.

The film is being made exclusively for HBO Max. Reid Carolin, who wrote the first two movies, is returning as screenwriter. The film’s original director Steven Soderbergh is back at the helm. The third installment is expected to wrap a bow on the trilogy.  Production just began in the U.K. “Magic Mike XXL” director Gregory Jacobs is producing with Carolin, Nick Wechsler and Peter Kiernan.

In his February cover interview with Variety, Tatum and Carolin hinted that the lead female role would be crucial to the sequel’s plot.

“It’s really about a woman stuck at a horrible strip show like a Chippendales and then realizing, ‘What the hell am I doing here?’” Carolin said at the time. “And then Magic Mike comes down from the ceiling. She gets to go down the rabbit hole and asks: What do I really want?” 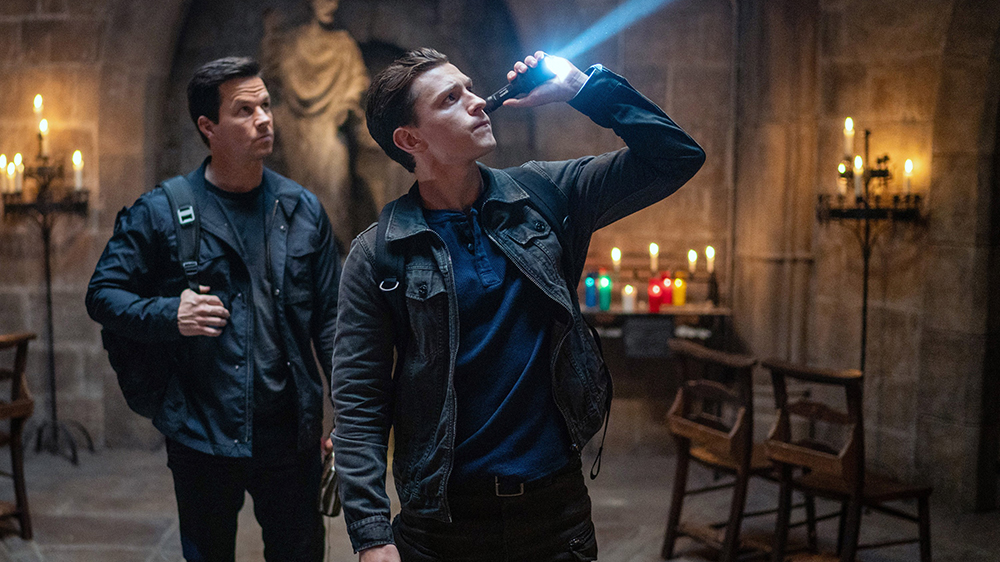 The big-budget action adventure has been positioned as a key test of Holland’s bankability outside of his blockbuster success as Spider-Man. “Uncharted” has received mixed reviews at best, so it’s safe to assume the 25-year-old British actor had a healthy hand in selling tickets. It also helps that “Uncharted” is rated PG-13 and based on an extremely popular video game series.

Directed by Ruben Fleischer, who previously returned for a “Zombieland” sequel after leading Tom Hardy’s “Venom” to box office glory, “Uncharted” is expected to earn $52 million from 4,275 North American theaters through the President’s Day holiday on Monday. It’s an impressive start for COVID times, but it doesn’t mean the film has an easy path to profitability. “Uncharted” carries a $120 million price tag, so international ticket sales will be key in getting out of the red.

To that end, “Uncharted” crucially landed a release date in China, the world’s biggest theatrical market. Visual effects-heavy action-adventures, like “Uncharted,” tend to play well in China. But recently the country’s censors have been ultra-selective about letting Hollywood movies screen in its movie theaters, and when the Chinese government has approved outside product, it’s been a real mixed bag at the box office. So while it’s a win to be able to screen in China, the film’s success in the country isn’t guaranteed. Since “Uncharted” isn’t opening in China until March 14, piracy could be a concern.

Outside of China, “Uncharted” has been a favorite among overseas audiences. Already, the movie has earned $55.4 million from 62 territories at the international box office and has crossed $100 million globally.

“This is an excellent opening,” says David A. Gross, who runs the movie consulting firm Franchise Entertainment Research. “Action adventures based on video games are big movies and this weekend’s figure is nearly double the average for the genre… Budgets run high, so ‘Uncharted’ needs to connect in every market. So far, it is doing that.”

“Uncharted” follows the globe-trotting treasure hunter Nathan Drake and his wisecracking partner Sully (Mark Wahlberg, who was once attached to play Nathan Drake and has since aged out of the role) as they embark on a death-defying quest to uncover the greatest treasure never found. Complicating matters, the fearless explorers are racing against two baddies (played by Antonio Banderas and Tati Gabrielle) to locate the fabled fortunes. Audiences have awarded the film a “B+” CinemaScore. More than 60% of opening weekend crowds were male and roughly 70% were 35 or younger.

Executives at Sony say “Uncharted” welcomed a stronger-than-expected opening weekend turnout because the film is playing only in theaters. Unlike other pandemic-releases, such as “The Matrix Resurrections,” “Jungle Cruise” and “Black Widow,” people can’t immediately watch “Uncharted” at home.

“This result is yet another extraordinary testament to the appetite for the theatrical experience that Sony Pictures bet on,” Sony Pictures Motion Picture Group president Josh Greenstein said in a statement. “Tom Holland and Mark Wahlberg are brilliant together.”

“Uncharted” ruled over box office charts, but it wasn’t the only new nationwide release to beat expectations. Channing Tatum’s PG-13 canine adventure “Dog” landed in second place with $15.1 million from 3,677 locations. It’s a great start for a film that’s not based on comic book characters or another chapter in an existing film franchise. Through Monday, the movie is expected to gross $18.05 million.

With its $15 production budget, “Dog” is already a winner for Tatum, who directed the movie with Reid Carolin, as well as MGM, who produced the movie along with FilmNation Entertainment.

The road-trip buddy comedy follows a former Army Ranger and his dog as they race down the Pacific Coast in hopes of making it to a fellow soldier’s funeral on time. The feel-good film —  it was marketed with the tagline “Don’t worry, the dog doesn’t die” — played the strongest in America’s heartland, where “Dog” generated more than 75% of its business, according to MGM. It has an “A-” CinemaScore, which indicates the movie should benefit from positive word-of-mouth. Among inaugural ticket buyers, 54% were female, 73% were over the age of 25 and 37% were 45 or older.

To further confirm Holland’s star power, his other movie “Spider-Man: No Way Home” swung to the No. 3 spot on domestic box office charts. In its 10th weekend of release, the comic book sequel added $7.2 million between Friday and Sunday and should end Monday with $8.8 million. That brings its North American tally to a stunning $771.74 million, the third-highest in history not adjusted for inflation. Impressively, the latest “Spider-Man” adventure has remained in the top 5 on domestic box office charts since it landed in theaters in December.

Disney and 20th Century’s murder mystery “Death on the Nile” sunk to fourth place in its sophomore outing. After debuting last weekend with a leading $12.8 million, the film dug up just $6.3 million from 3,280 venues, a 51% decline. It’s expected to make $7.2 million through Monday, taking “Death on the Nile” past the not-so-coveted $25 million mark at the domestic box office. The movie has grossed $75 million globally, which isn’t all that great considering it cost a hefty $90 million to produce.

Elsewhere, Jennifer Lopez’s romantic comedy “Marry Me” hasn’t yet found its happily ever after. Notching sixth place, the Universal Pictures film amassed $3.6 million over the weekend, marking a 61% dip from its opening. The movie is expected to finish with $4.2 million on Monday, which would take its domestic total to $17.4 million. “Marry Me,” which co-stars Owen Wilson and Maluma, is available simultaneously on NBCUniversal’s streaming service Peacock.

Channing Tatum Was So ‘Traumatized’ by Not Playing Gambit That He Can’t Watch Marvel Movies: ‘It Was Just Too Sad’ 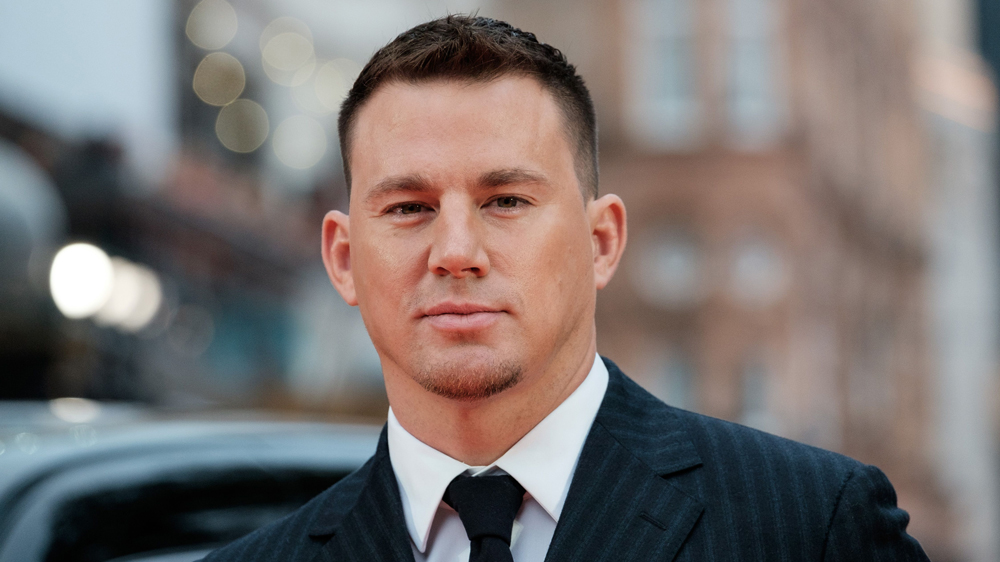 In this week’s Variety cover story, Channing Tatum talks about the road to co-directing his first movie, “Dog,” with his longtime producer partner Reid Carolin.

But before he came up with the idea for the MGM indie (which opens on Feb. 18), Tatum and Carolin spent four years developing “Gambit,” a raunchy stand-alone movie based on the “X-Men” mutant.

The superhero project was set up at Twentieth Century Fox in 2016, and Tatum and Carolin had lobbied to share the director’s chair. “The studio really didn’t want us to direct it,” Tatum says. “They wanted anybody but us, essentially, because we had never directed anything.”

Tatum was so in love with the script that he’d written with Carolin that he was open to letting go of directing. Speaking about it now, Tatum still defends the character as if he were a real person. “They would call him ‘flamboyant’ in his description,” Tatum says. “I wouldn’t — he was just the coolest person. He could pull anything off. Most superheroes, their outfits are utilitarian. Batman’s got his belt. Gambit’s like, ‘No, this shit’s just fly, bro! This shit walked down the Paris runway last year.’ He’s just wearing the stuff that’s so dope because he loves fashion.”

Their version of “Gambit” resembled the tone of “Deadpool” and would have been rated R. “We wanted to make a romantic comedy superhero movie,” Carolin says. “The thesis was the only thing harder than saving the world is making a relationship work.”

Carolin notes just how close they got. “We were right on the one-yard line,” he says. “We had cast the film. We’d opened up a production office. We were on our way to shoot in New Orleans.”

But after Disney merged with Fox, “Gambit” became a casualty of the corporate takeover in 2019. “Disney had just gotten the ‘X-Men’ from Fox,” Carolin explains. “I think they needed to redesign the ‘X-Men’ from the ground up.”

Tatum was devastated when the movie fell apart. “Once ‘Gambit’ went away, I was so traumatized,” Tatum says, adding that he swore off watching the Avengers. “I shut off my Marvel machine. I haven’t been able to see any of the movies. I loved that character. It was just too sad. It was like losing a friend because I was so ready to play him.”

“I wish they would reconsider, because it’s a pretty great project,” Carolin says. “Maybe someday.”

Tatum says he’d still portray the mutant if given the chance: “Uh, yeah, I would love to play Gambit. I don’t think we should direct it. I think that was hubris on our part.”

2018 has been a relatively low-key year for Channing Tatum, but he says he’s ready to get back to work.

At the Saturday premiere of animated feature “,” his only film of the year, Tatum said he took the opportunity to slow down a bit this year.

“I have a kid, man,” Tatum explained. “That is the biggest job that I have.”

The “Magic Mike” star, who voices “Smallfoot’s” main character Migo, continued that he might be reaching the end of his unofficial hiatus.

“I’m sort of ready to go back to work,” he said. “I don’t know what I’m ready to go do yet, as far as, is it acting, is it directing, is it producing, writing…Maybe I’ll come and start interviewing people, I don’t know,” he joked. “I have no clue what I’m going to do, but I’m having fun though.”

LeBron James also voices a character in “Smallfoot,” and Tatum said working with the L.A. Lakers star was not something he ever saw happening.

“I didn’t think I’d be anywhere where LeBron James was, much less an animated movie about Yetis,” Tatum said. “I love him. Everybody loves LeBron for their own reasons, he’s just an insanely smart person. We talked at length about the studies they did with his school. I was like, ‘Why are you just doing third and fourth grade? What about those grades are special?’ And he said that those are the grades that if you can get them, if you can grab the kids’ attention to learn, then you can draft off that all the way into college…The guy can literally do anything.”