Chance the Rapper Says Jeremih Is Being Released From the Hospital 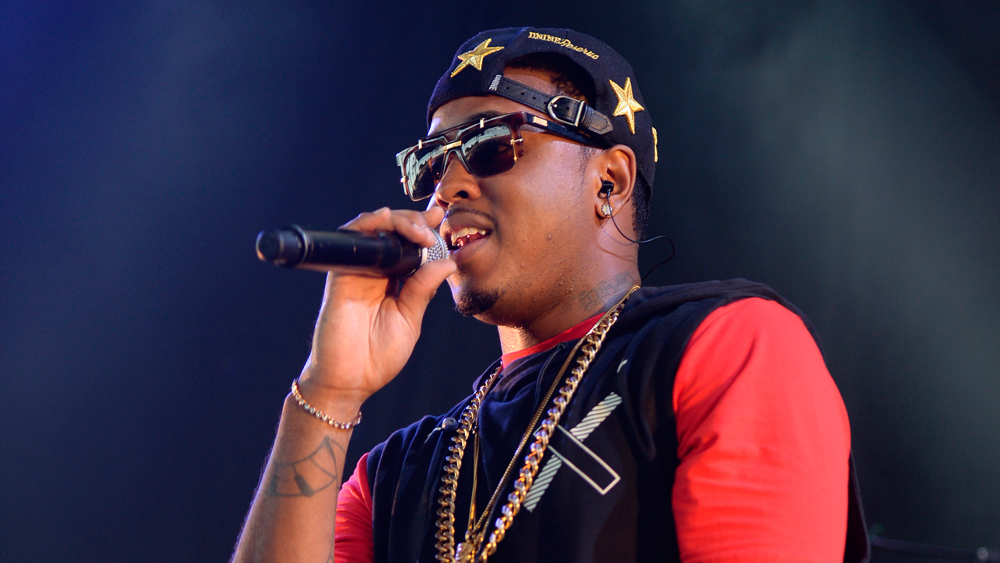 Rapper-singer Jeremih is on the road to recovery from COVID-19, according to his friend and collaborator Chance the Rapper.

Chance announced the news via Twitter on Thursday, sharing that Jeremih will be “out the hospital tomorrow (Friday).” “I am filled with praise right now,” he wrote. “I just heard my brother Jeremih’s voice on the phone for the first time in almost a month. … We give all glory to the father in Jesus name.”

I AM FILLED WITH PRAISE RIGHT NOW I JUST HEARD MY BROTHER JEREMIH’S VOICE ON THE PHONE FOR THE FIRST TIME IN ALMOST A MONTH HE WILL BE OUT THE HOSPITAL TOMORROW WE GIVE ALL GLORY TO THE FATHER IN JESUS NAME pic.twitter.com/gFXbzeQhkg

Jeremih, born Jeremy Phillip Felton, has been undergoing treatment for the virus at a hospital in his hometown of Chicago. On Nov. 19, his agent told Variety that Jeremih was “just pulled off the ventilator” and “still in ICU in critical condition.“

When news broke on Nov. 14, Chance the Rapper, among other musicians, took to social media to ask for his fans’ support, writing: “Please if you can, take a second to pray for my friend Jeremih. He is like a brother to me, and he’s ill right now. I believe in the healing power of Jesus, so if you can for me, please please say a prayer over him.”

Jeremih rose to stardom in 2009, when he signed with Def Jam Recordings and released his debut single, “Birthday Sex,” which led to his self-titled debut album. His success continued with his second album, “All About You,” featuring the hit single “Down on Me.” In 2014, his track “Don’t Tell ‘Em” with YG once again topped the charts, followed by his third studio album, “Late Nights,” released in 2015.

His latest work was a collaboration album in August 2018 with Ty Dolla Sign, titled “MihTy.”

Though Childish Gambino’s weekend two Coachella set didn’t vary too much from his electrifying first one, it did feature a new but familiar face.

When Gambino popped backstage during a band feature, accompanied by the cameramen that made his set in part like watching a concert film on a massive screen, Grammy winning musician Chance the Rapper appeared to give Gambino a hug and share a few bottles of water. Though the pair’s exchange took place off-mic, the audience was nonetheless thrilled to see the “Coloring Book” artist.

They were perhaps less thrilled that Chance did not reappear for a guest performance during Gambino’s set. During some of the lulls in the spectacular visuals that were designed to build tension for the next song or beat drop, some attendees called out, “Chance!” and a “We want Chance” chant even broke out, though briefly.

Gambino’s set, while essentially the same as the previous weekend’s, still proved to enthrall a second audience. From his now-trademark jerky dance moves to the incredible cinematography of the feed, which often showed dramatically lit close-ups of Gambino’s face as he passed through contorted expression after expression, Gambino’s headlining spot was clearly deserved — a sentiment the performer himself questioned at one point.

“I been depressed all week,” he explained about a third of the way through the show, referring to the blowback some weekend one attendees expressed at his speech referencing the audience’s mortality. “I get really upset if I feel like I’m not giving people — not to give you guys your money’s worth. And then I saw Janelle’s set and I was like, ‘Oh s—, she’s having so much fun.’”

“I owe it to being alive to have fun and that’s why we’re here,” he continued. “Last weekend I said some s— that bummed people out, so yeah, one in 100, but everyone here is chosen. You could’ve been a rabbit, you could’ve been a snake, a tree…But being human is such a high form of energy. We can protest a lot of things, we can come up with anything our brains allow and I know it’s hard not to take it for granted but it’s a special thing. You can change anything if you want to.”

Though Gambino’s music is not always the most riveting to listen to in one’s home, his live show is undoubtedly a work of art. The stage direction, pyrotechnics (read: fireworks), laser light displays and audience interaction are clearly planned with near-military precision, evident in the fact that all Gambino’s on-camera security crew were decked out in adidas-branded jackets. Yet Gambino knows how to work his own presence to make the performance feel spontaneous.

At one point, similar to weekend one’s impromptu sharing of a joint, Gambino headed off the catwalk that he spent most of the show prowling and into the audience. There, he took selfies with audience members despite having told the crowd minutes earlier to put their phones down.

Chance the Rapper is now a local-media mogul.

He announced the deal to buy Chicagoist, a local news site covering the Windy City, in one of his four new tracks released at midnight ET Wednesday. In the song, “I Might Need Security,” he explains why.

“I bought the Chicagoist just to run you racist bitches outta business,” Chance says in the song, which includes a backing-vocal loop throughout that repeats “f— you.”

Chicagoist.com has been dormant since November 2017, when owner Joe Ricketts, the billionaire founder of TD Ameritrade, summarily shut down the site along with Gothamist, DNAinfo and others. That came after the sites’ staffers voted to join the Writers Guild of America East as their collective-bargaining rep.

In a statement, Chance the Rapper said, “I’m extremely excited to be continuing the work of the Chicagoist, an integral local platform for Chicago news, events and entertainment… I look forward to relaunching it and bringing the people of Chicago an independent media outlet focused on amplifying diverse voices and content.”

Chance the Rapper acquired Chicagoist from New York Public Radio’s WNYC, through the artist’s newly formed Social Media LLC, which aims to promote local investigative journalism, diversity, and representation for people of color in media. Terms of the deal for Chicagoist weren’t disclosed.

WNYC had initially taken ownership of the Chicagoist assets, including the site’s archives, internet domain, and social-media channels, when it acquired Gothamist and its associated sites in February 2018. The public radio station has since relaunched Gothamist in New York City. (LAist.com is now part of Southern California Public Radio’s KPCC, and DCist.com is owned by Washington, D.C., public radio station WAMU. WNYC transferred the archives and assets of DNAinfo to Block Club Chicago.)

“We are delighted that the Chicagoist assets are finding a new home in the hands of a proud Chicagoan,” Laura Walker, president and CEO of New York Public Radio, which includes WNYC, said in a statement released early Thursday. “WNYC has a strong commitment to local journalism and building community, and we are pleased that these assets will be used to support local coverage in the great city of Chicago.”

Chance the Rapper’s four new songs — “I Might Need Security,” “Work Out,” “65th & Ingleside” and “Wala Cam” — are available via his website at chanceraps.com and all major streaming platforms, including Apple Music, Spotify, YouTube, Tidal, Amazon Music and SoundCloud.

Listen to Chance the Rapper’s “I Might Need Security”: