Blackout Tuesday, One Year Later: Some Progress, but Racial Parity Is a Long Way Off for Music Industry 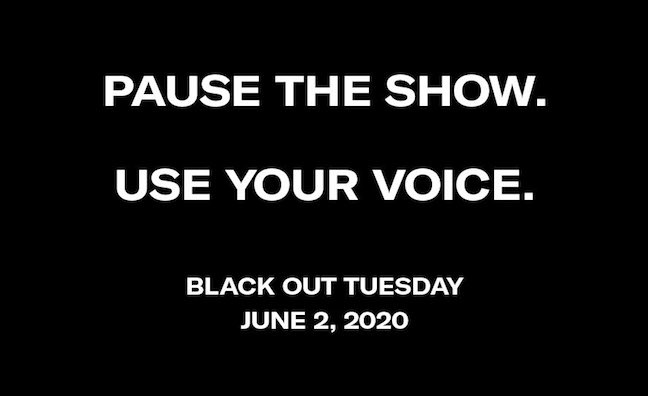 One year ago today was  “Blackout Tuesday” — during which the music industry took a work pause to protest police violence against the black community and consider its social justice policies and efforts in the wake of the murders by police of George Floyd, Breona Taylor and so many others over the years. Many major music companies pledged to donate millions of dollars — some $225 million from the majors alone over the coming years — promised to reassess their policies and diversify their staffs.

One year later, where does it stand? Variety checked in with Binta Niambi Brown, an attorney, head of operations & strategy at Keep Cool/RCA Records and veteran music executive who is also a co-founder co-chairman of the Black Music Action Coalition (BMAC), a chair of the Chicago chapter of She is the Music; and is on the Leadership Council of the Black Music Collective of the Recording Academy, among other organizations. An interview with her appears below.

Also on June 2, #TheShowMustBePaused, which started the Blackout Tuesday campaign, observed the anniversary with the announcement of the “Still Paused” campaign, launching immediately.

“As the main mission is always to hold the industry at large accountable, today Wednesday June 2, 2021 #TheShowMustBePaused is asking everyone to join in to help provide a public self-accountability report for all music companies as well as individual music industry professionals. In this accountability report, we are looking for five things that your company has done to push the industry towards equitable change in the past year. #TheShowMustBePaused will provide a template graphic asking for all partners to stand in solidarity by sharing the report graphic via social media today at 8AM PST/11 AM EST.”

Founders Brianna Agyemnag and Jamila Thomas said: “As we look back on the past year, we would like to say thank you to the partners who have made it a priority to join us in this work. While this year has been rocky and extremely unpredictable, we are proud of what we’ve accomplished, and it wouldn’t have been possible without your support. This launch of this new initiative marks us formally asking people to turn their black boxes into actionable change for individuals and companies alike. ”

The three major music companies responded to claims of a lack of transparency with a comment and/or a directive to their websites:

+ Towalame Austin, Sony Music Group’s Executive Vice President, Philanthropy and Social Impact, said in a statement: “We have a responsibility to be good stewards of this fund which means that we need to be intentional and deliberate about how the fund is utilized. We have developed a strategic plan that will help us reach our goals and objectives. So far we’ve donated to more than 300 organizations and are consistently working with our global partners to scale their efforts with on-the-ground initiatives and measurable results that are assessed over time. Whether it’s through our advocacy efforts, raising public awareness across our platforms, or championing educational and training programs for overlooked and under-served communities, our company remains vigilant to creating a lasting impact.”

Sony’s website outlines every organization to which it has donated: https://giving-back.sonymusic.com; its methodology https://www.sonymusic.com/inside-sony-music/towalame-austin-global-social-justice-fund-interview/;

+ Warner Music and the Blavatnik Family Fund’s website features extensive information about their Social Justice Fund, and its annual report will be published there as well: https://www.wmg.com/fund.

Variety caught up with Brown on Tuesday from Tulsa, where she is working as a senior advisor to Build in Tulsa, a fund backed by the George Kaiser Family Foundation, and attending meetings and events around the anniversary of the 1921 massacre in the city’s Black business district.

Binta, from where you sit at BMAC, how do you view transparency from top music companies as it relates to pledges in the wake of Blackout Tuesday?

I think that they can be more transparent and more explicit in articulating what they’re spending the money on, and what the plan is for the disbursement of funds. I believe it is incumbent upon every company that made a pledge to show us how they use the money to help achieve racial equity and to end racial injustice in the U.S., and for people to continue to have the conversation and support the movement however they can. In the absence of seeing concrete actions, most of us are left thinking if it was all lip service.

They should be able to say: this is the process we’re following to allocate this money; and these are the things we’ve learned over the course of the past year; and this is our intention. … I’m not saying they haven’t done any good, because I’ve seen some good — people have been elevated to some nice new jobs, optically speaking. And I haven’t seen anybody being told [to] “stop speaking about that.” There is evidence of some degree of good intention, but they have to get really specific. Just tell us what you’re doing and tell us how it’s different. We need to be constructive and united — to find ways of working together and stop finding ways to be divisive. We know that there is systemic racism deeply embedded into every aspect of how we live — those things are indisputable. So let’s treat each other with grace and compassion.

I think Valeisha [Butterfield-Jones, the Recording Academy’s chief diversity & inclusion officer] is extremely impressive and she’s done a remarkable job at the Recording Academy. They’re organizing people around education and around increasing the number of Black people who are voting members. She has led a variety of different studies, and has collected a tremendous amount of data internally, which she’s using to inform her strategy. Her dad is a congressman [Rep. G.K. Butterfield, D-NC], and I would say she is a chip off the old block.

Has the live-entertainment industry fared better?

The live companies and agencies understand that there are a lot of problems in the way the business is operated — on an equity basis, both in terms of race and gender. And as we start touring and having festivals again coming out of the pandemic, there’s an opportunity for us to begin to correct those inequities. Another group that I’m part of is loosely called the US Concert Advisory Committee. We have given an extraordinary amount of attention to things like what an inclusion rider would look like, and how we might get it adopted. People have been working steadily on that for a year, and every major agency and live company are involved and receptive to the idea of that. Also, potentially, a code of ethics, so that how we behave toward one another on the road makes it possible for everybody to feel comfortable touring and traveling. It can’t go back to the way it was — music festivals can’t have all white male headliners, and we’ve got to increase the number of Black women who are headlining. I think it’s going to take somewhere between one to four years to really start seeing some changes, but there is  good energy around it. And there are a lot of people who want want to see things differently.

What about the streaming platforms?

There’s a need to examine who’s on what playlist and with what frequency, but I think that we’re doing pretty good there, although we need to keep paying attention to it. Similarly with TikTok and social media companies, their algorithms sometimes have implicit bias built into the way they work, and that is something that we need to look at carefully and deliberately, so that the algorithms aren’t picking up on lighter or darker skin. There’s no organization or platform or ecosystem that’s off the hook.

What are the questions companies should be thinking about a year after the events of last summer?

Who are the vendors, the suppliers? Who is getting the contracts, who isn’t getting the contracts? How are these companies financed? Where is the money being run through? Is this money being run through black financial institutions? Are they investing in companies that do things that are bad from a racial equity position perspective? Are we investing in companies that have all-white-male boards of directors?

And there’s another thing, while I’m on the topic — the income inequality in the music business has continued. the income that is being paid to a black executive at a record label, versus a white executive, or a female executive, versus a male executive. Wherever there’s disparity, we need to be cognizant of the fact that over the last 30 or 40 years, the inequality between Blacks and whites from an income perspective has broadened substantially. It’s the worst it’s ever been. And so that creates a tremendous amount of distress and instability in our system.

I’m trying to be the good cop, because I know that so many people want to do the right thing. And I know that there are people on the inside who’ve been working their tails off, to get the right thing to happen. I don’t like wagging my finger at anybody. I just want to know what’s going on.