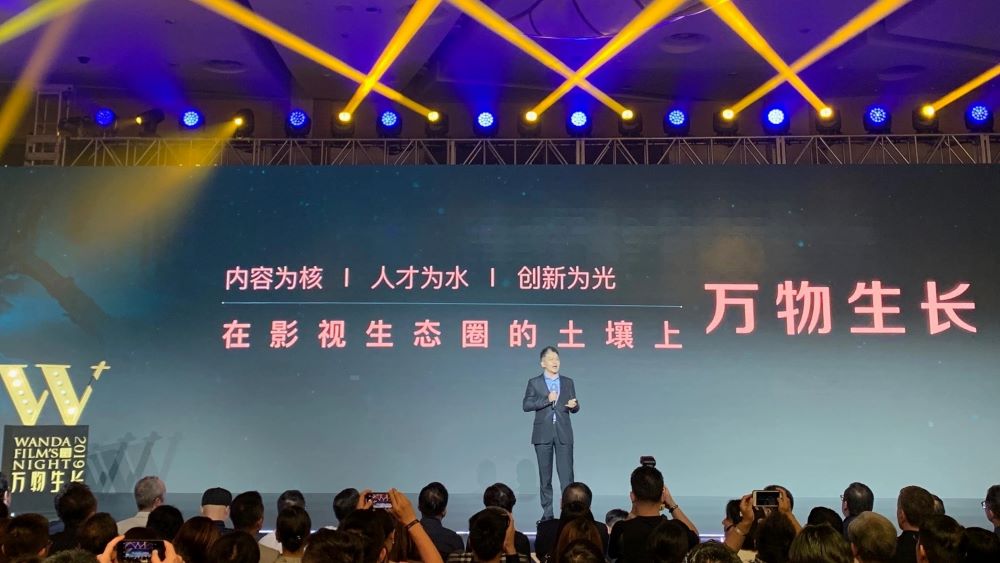 Wanda Film, China’s largest cinema operator, has forecast a return to heavy losses for the first half of 2022.

In a regulatory filing, the company warned of net losses (including non-recurring items) reaching between RMB 580 million – RMB 660 million ($85 million – $97.8 million) for the six months to June. That compares with a net profit of RMB613 million $90.8 million in the equivalent period last year.

The company pointed to the impact of COVID-control measures in China, which it said caused the temporary closure of 415 of its multiplexes and led film distributors to reduce the supply of new movies to cinemas. “Box office in April and May hit multi-year lows,” Wanda reported. Depressed revenues and rising rental and staff costs were largely responsible for the massive swing in the company’s results. Its own film titles, such as “Detective Chinatown” were also delayed and underperformed.

The company forecast better times ahead, noting that more than 80% of its cinemas nationwide had reopened by the end of the first half and that cinemas in Shanghai were operating from July 8. Film distribution is also picking up.

Independent sources also corroborate the signs of recovery at the Chinese box office. Consultancy, Artisan Gateway reported that the latest weekend was the sixth in succession where nationwide grosses exceeded $50 million, more than double the average between March and May. The year-to-date total stands at $2.82 million and, according to Artisan Gateway’s calculations, is running at 35% below the same date last year.

Wanda Cinemas’ share of the Chinese theatrical market grew from 15% to 16.5%, it estimated in the filing. Local media reports have recently quoted Wanda Film executives as pointing to further cinema building plans that would shore up the company’s market leading position. Recent weeks have seen other concentration moves with the announcement that Hengdian is planning to acquire Xingyi cinemas for RMB3 billion ($445 million).

Wanda also owns Australian cinema chain Hoyts, which it said recovered by 43% year-on-year, more than expected. It reported that its Australian cinemas welcomed 8 million spectators in the half and enjoyed gross box office revenues of A$123 million ($84.1 million).

Wanda Film’s Shenzhen-traded shares are currently at RMB12.06, down 23% on the year. That price implies a market capitalization of RMB27 billion ($4.07 billion).

Shanghai: China’s One-Mighty Wanda Casts Itself in Role of Survivor

The corporate parent, Dalian Wanda, whose entertainment empire straddled theme parks and cinema, film production and distribution, fell out of government favor and was put on a watch list in 2017. It also struggled with high levels of debt that forced a dramatic retrenchment.  The company’s balance sheet has shrunk by more than $25 billion since 2016, yet it still has nearly 30% of its current total assets outstanding in debt obligations, according to the South China Morning Post.

Yet the lyrics and the Wanda Pictures presentation both appeared to be describing Wanda’s desire to make a cinematic comeback.

Last year, Wanda Pictures and U.S. subsidiary Legendary Entertainment jointly earned $3.68 billion (RMB25.4 billion) at the global box office, Zeng said. The conglomerate continues to operate as the world’s largest theater chain, with 631 theaters and 8,110 screens in the U.S. and 595 theaters and 5,297 screens in China, its two major territories.

Its three major intellectual properties include Legendary’s “MonsterVerse,” the “Ghost Blows Out the Life” novel series, and the “Detective Chinatown” film series, which this year will also be spun off into a 12-episode online drama, a game, and, in collaboration with a Japanese firm, a comic.

Wanda also presented its Elite Project + talent development program, which has so far signed three young directors and 35 up-and-coming screenwriters. Among them was director Bai Xue, whose debut art film “The Crossing,” produced by veteran filmmaker Tian Zhuangzhuang, brought in just $1.4 million at the box office in March but garnered international and festival acclaim. Her next film will be larger in scale, Bai said. But it will remain on a similar subject, telling a multi-national story that involves a crime.

Wang Lei is another director who has come out of the program. His upcoming documentary “Where Is My Flight Home” won the 2018 CNEX/CCDF Pitching Award.

Wanda’s upcoming line-up includes “Bodies at Rest,” a thriller from Finnish director Renny Harlin (“Die Hard 2”) that in March was the opening of the Hong Kong International Film Festival and set to Chinese hit theaters in August; “Liberation,” one of the few of the upcoming military-themed propaganda films to be directed by a woman, fifth generation director Li Shaohong (“Stolen Life”); “Sheep Without a Shepherd,” directed by Malaysian newcomer Sam Quah which is expected in December; “Detective Chinatown 3,” which will launch at Chinese New Year 2020; and next summer’s “Mojin” franchise extension “The Legend Hunters,” co-directed by Simon West (“Tomb Raider”).

Further down the line will be a film version of the popular wuxia novel and TV series “Battle Through the Heavens,” set for 2021, a new title “Folding City,” and “Mojin 2,” a direct sequel to 2014’s “Mojin: The Lost Legend.”

Through Legendary, its international slate includes 2020’s “Godzilla vs. Kong,” Denis Villeneuve’s 2020 adaptation of “Dune,” the Jennifer Lawrence-starring “Bad Blood,” and a project it referred to as a “female Sherlock Holmes.”