‘Toma’ Review: A Wistful Tribute to a Yugoslav Musical Legend 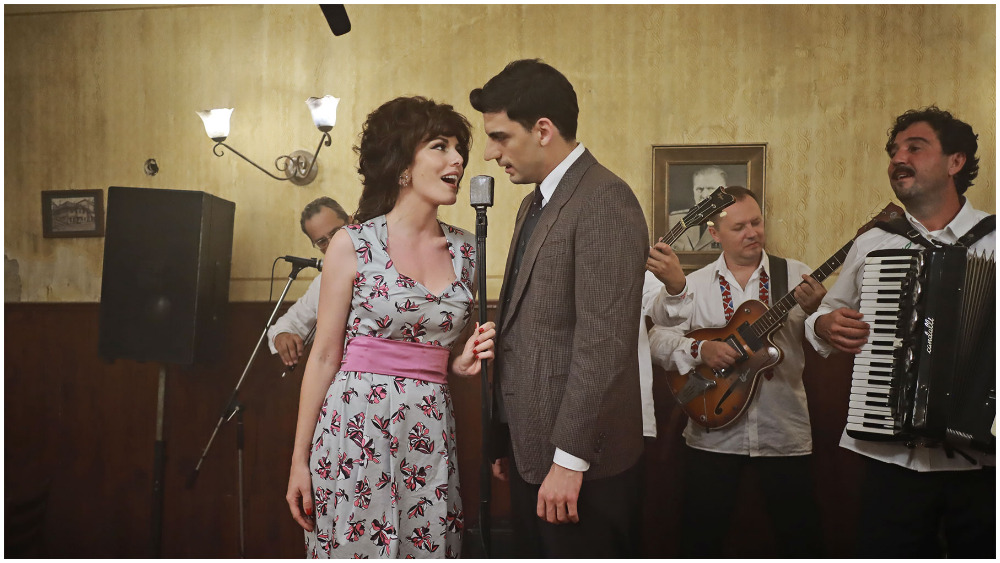 A musical biopic featuring Milan Marić in the title role, “Toma” uses creative license to chart the eventful life of legendary Yugoslav folk singer-songwriter Tomislav Zdravković (1938-91), one of the most beloved recording artists and dedicated live performers of his time.

The screenplay by Serbian multi-hyphenate Dragan Bjelogrlić and co-writers Nikola Pejaković, Zoran Lisinac and Maja Todorović is designed for mainstream entertainment and breathlessly hops between decades to tell the story of Toma’s rise from humble beginnings in a Serbian village intercut with the final year of his life. Toma’s popularity, the nostalgia factor (sometimes played for shameless sentiment) plus sizable excerpts from his appealing songbook should attract viewers from across the republics of former Yugoslavia and the diaspora.

While some viewers may take issue with the simplifications, elisions and composites of Bjelogrlić and company’s approach (what’s the absence of a wife or two when a man has had four?), others will delight in his re-creation of a bohemian milieu filled with multi-ethnic performers, poets, artists and sportsmen from a country that no longer exists. Even those who have never heard of the man will appreciate his warm baritone and the melancholy, lived-experience lyrics of his songs.

“Toma” posits that the much-loved ballads that the artist penned were inspired by his unhappy relationships and lost loves. The film’s most cinematic moments depict the gypsy girl Ruška, described as his first love. She’s shown as a ghostly figure, sometimes smiling, sometimes sad, who reappears throughout the film, cradling a bouquet of white roses. Their inability to be together prompts one of his first, personal songs.

When just starting out in the late 1950s, Toma receives a career boost from the already successful thrush Silvana Armenulić (Tamara Dragičević, making an impact), a native Bosniak known as the “Queen of Sevdalinka.” Over the years, they harmonize wonderfully in duets, but never consummate the sexual relationship Toma desires. He writes several songs about her and gives her one of his best, “I don’t need life without you my darling,” which became one of her biggest hits.

Later, the infidelity of Toma’s beauty queen wife Nada (Milena Radulović) spurs further popular tunes that his audience loves. In the film, he even writes a song for the ill-fated spouse (Paulina Manov) of the stern doctor (Petar Benčina) treating him for bladder cancer and sings it just for them, during a special private night out, in a sentimental scene that borders on the mawkish. It’s one of many instances that Bjelogrlić and co-director Zoran Lisinac use to portray Toma’s loyalty to friends and family.

Of course, Toma has his vices too. He drinks to the point of destroying his kidneys, smokes like a chimney and loses a small fortune gambling with cards and dice — familiar biopic tropes that Bjelogrlić shoots in an equally clichéd manner.  But when not smashing glasses in a kafana or picking fights in a casino, lead actor Marić, (almost unrecognizable under an unfortunate wig and large prosthetic nose) manages to convey Toma’s easy charm, lack of pretension and charismatic stage presence.

Certainly, the most exciting element of the film is the generous amount of Toma’s oeuvre that’s performed, whether acoustically in small venues or in large halls with a backing band of strings and keyboards. As Toma’s final concert tour takes place against the backdrop of his declining health and the beginning of the Balkan wars that would forever change his native land, Bjelogrlić and Lisinac generate tension over what will happen first, the death of a country or an artist?

The tech credits are a mixed bag, especially where the period look is concerned. Some of the costumes are a lot of fun, but the terrible wigs distract.