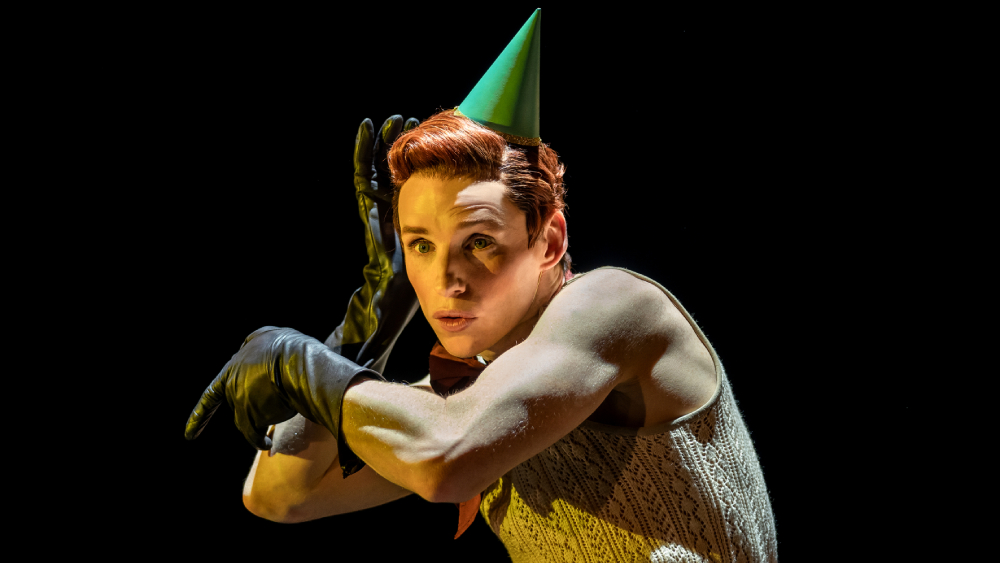 Less than a month after opening, the West End production of “Cabaret” starring Eddie Redmayne and Jessie Buckley has been forced to postpone at least two performances.

On Wednesday, the production canceled showings of its matinee and evening shows after a member of the backstage company tested positive for COVID-19.

“Despite extremely robust measures being in place, a member of the backstage company tested positive for COVID-19 this morning,” the production posted on Twitter. “In order to complete testing on the wider company, we are sorry to have to cancel tonight’s performance of ‘Cabaret at the Kit Club [sic]. Your point of purchase will be in touch very shortly with alternative options.

“We will provide an update on performances for the remainder of the week as quickly as we can. The safety of our audiences, cast and company is our priority and we are very sorry for any inconvenience this may cause. We look forward to welcoming you to the Kit Kat Club very soon.”

It remains unclear whether Thursday’s performance will go ahead. According to sources, as of Thursday morning no decision had yet been taken.

Just days before Wednesday’s cancelations, rave reviews were flooding in for the show, with Variety’s critic calling it “electrifying”with the initial booking period reportedly entirely sold out.

Part of the show’s selling point has been the “intimacy” of the venue, with tickets selling for record prices of £325 ($430), which includes dinner and champagne. (Slightly cheaper tickets, priced at £250 ($332), are also available.)

For the show’s run, the Playhouse Theatre has been reconfigured into the real-life Kit Kat Club from the musical itself, with capacity reduced to 590 seats and new bars built throughout the labyrinthine venue, in which the audience can also enjoy dancing and pre- and post-show drinks.

All attendees, even those who are fully vaccinated, have been required to show a negative Lateral Flow or PCR test before entering performances of “Cabaret at the Kit Kat Club,” except where exempt.

“Cabaret’s” cancellations come amid a surge in COVID-19 cases and the new Omicron variant in the U.K., with the highest number of cases on record since the start of the pandemic. This has led to a glut of theater performances being postponed or canceled, including “The Lion King” at the Lyceum theatre, “Hex” at the National Theatre and “The Curious Incident of the Dog in the Night-Time” at the Troubadour theater in Wembley.

Reps for Redmayne and “Cabaret” could not be reached by press time.

The U.K. government has taken swift action as the country recorded the highest number of fresh coronavirus cases since June on Thursday, with a spike of 846 new cases.

Face coverings will now be compulsory in museums, galleries, cinemas and places of worship from Aug. 8, it was confirmed Friday. The new safeguards will be enforced by a “greater police presence,” said Prime Minister Boris Johnson.

The new guidance on face coverings in cinemas has been welcomed by the Cineworld Action Group, which represents some staff from the cinema chain’s U.K. theaters. The group launched a petition in late June calling for management to ensure that audience members wear masks within cinemas. On Friday, the org encouraged the Scottish and Welsh governments to enforce similar standards around face coverings.

“We must be willing to react to the first sign of trouble,” said Johnson, who announced the new restrictions at a press conference at Downing Street on Friday. “I won’t stand by and allow this virus threat to cause more pain and heartache.”

“We should now squeeze that brake pedal to keep the virus under control,” said Johnson, who was diagnosed with coronavirus in late March and had to be hospitalized. His ordeal is now being adapted into a drama directed by “The Trip” helmer Michael Winterbottom.

Meanwhile, live theater venues, which were due to reopen Aug. 1, will stay closed for at least another two weeks. However, most venues, which have been unable to open due to strict social distancing requirements, were likely going to stay shuttered anyway.

Jon Morgan, director of Theatres Trust, said: “It is disappointing that socially-distanced indoor performances will not be able to go ahead tomorrow. However in reality, the majority of theaters were not planning to reopen for shows tomorrow so a two-week delay will not make a huge difference. Most theaters will not be able to put on productions until we reach Stage 5, which allows fuller audiences, so that is the most critical date for much of the sector.”

The U.K. was in Stage 4 of easing of the lockdown that was imposed March 24.

The government’s decision comes after Health Secretary Matt Hancock announced late on Thursday that fresh restrictions would be applied to the North of England, including Greater Manchester, from early Friday morning, including the banning of mingling households.

The U.K. has also reintroduced the 14-day self-isolation requirement for travellers arriving from Spain and Luxembourg.