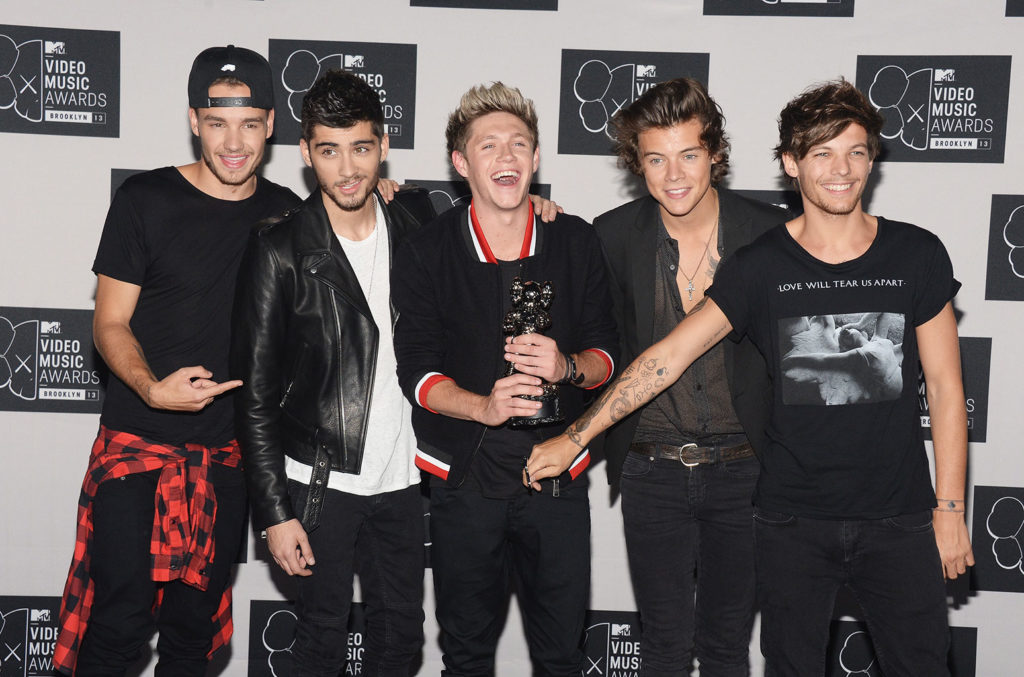 The 10-year anniversary celebrations for One Direction were a lightning rod for the pop band’s sales and streams in the U.K., new data reveals.

According to data published by the Official Charts Company, almost 25 million streams of the group’s songs were generated in the days leading to and following the July 23 anniversary date.

As previously reported, three of their catalog albums — Take Me Home, Made in the A.M. and Four — last week returned to the Official U.K. Albums Chart Top 40.

Over the past two weeks, 1D’s debut album Up All Night saw the biggest gains (135% uplift in chart sales), while their sophomore set Take Me Home was their most streamed through the last fortnight with a 99% boost in total consumption.

The boy band’s third LP Midnight Memories has been their most downloaded over the period, generating a 106% spike, while Four had the greatest uptick in CD sales and was up by 92% across all formats.

The lads’ fifth and final album Made in the A.M., recorded in 2015 after the departure of Zayn Malik, posted a 98% lift.

Across 1D singles, the greatest beneficiary of the anniversary celebrations was “What Makes You Beautiful,” with 1.4 million streams, while “History” was third overall but stands out as the most downloaded One Direction song during the two weeks.

On July 23, One Direction celebrated its 10th year as a band, with each member of the group’s most recent lineup — Harry Styles, Liam Payne, Niall Horan and Louis Tomlinson — posting about the special moment in addition to the group’s main Twitter account coming out of a two-year hiatus to tweet.

The British and Irish group was formed via the seventh season of the U.K. The X Factor.

Former “X Factor” contestant Trevi Moran has come out as a transgender woman.

Moran, who has 1.43 million subscribers on YouTube, posted a short video to site today titled “Coming Out. I Am Female.” In the video, she detailed her journey thus far and announced a docuseries about her transition.

“Hi. My name is Trevi Moran. I am a transgender female,” Moran said in the video. “It’s a good start. I can’t believe I just said that out loud.”

21-year-old Moran had previously come out as gay in 2015 and posted a video explaining that she had been questioning her identity as a cisgender male in 2017.

“I hit a rock in my journey in 2017 when I thought I wasn’t transgender because I thought that people were pushing me to be transgender. No, I just had a lot of demons back then,” Moran said. “A lot of eating disorder stuff, self-confidence issues. It wasn’t the time for me to come out back then.”

Moran has been documenting her transition, with plans to release the footage as a docuseries called “Trevi: The Transition.” A preview of the series is also included in her coming out video.

“I am two months in on hormones. My brain is just everywhere,” Moran said. “I am so hormonal, I mean my ass is getting fat as f—. And I’m growing breasts, and it hurts. I’m going through a lot right now, all because I just want to be me.”

Moran first garnered attention at age 13 as a contestant on “The X Factor” in 2012. She then turned to YouTube, growing her platform as part of the collaborative channel “Our 2nd Life” and releasing original music. In the past year, Moran has also posted vulnerable videos about her experience in rehab for alcoholism and her subsequent relapse.

Moran ended the video on a note of encouragement to her followers: “If you’re ever lost, just don’t go out, go in. Go in and find yourself because going out and distracting yourself defeats the purpose.”

Watch the full video below.

Simon Cowell Goes Up Against Little Mix With New Show ‘The X Factor: The Band’

It’s Simon Cowell versus Little Mix in a battle of upcoming TV talent shows. Cowell is launching “The X Factor: The Band,” a new format for ITV. The BBC recently announced “Little Mix The Search,” fronted by the eponymous band, which first came to the public’s attention after winning “The X Factor.”

Relations between Cowell and Little Mix have since soured. The group has split from his music label and worked up its talent show for the BBC.

Cowell has now upped the ante. A celebrity version of “The X Factor” is currently on air in the U.K. “The X Factor: The Band” will go out in December, said Talkback, the Fremantle-owned producer that makes the show. It would not reveal further details of the format, which is expected to scout for a new boy-band and a new girl-group. The show is set to go out of the gate ahead of Little Mix’s show, which is set to air in early 2020.

“Simon Cowell and ‘The X Factor’ have discovered some of the biggest pop groups in history, including One Direction, Fifth Harmony and Little Mix,” Talkback said. “Now the aim is to find the new superstar group – though now in record-breaking time.”

Cowell told The Sun that his idea for a competition for bands pre-dates Little Mix’s project. Speaking to the U.K. tabloid, he also acknowledged the competition with his former protegees. “It 100% makes it more exciting there being a battle,” he said.