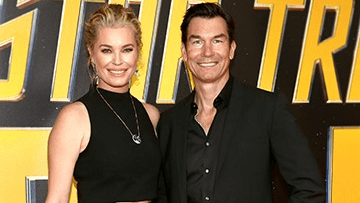 Inspired by the ’70s scripted series “The Love Boat,” “The Real Love Boat” is a dating show that sees contestants mingling on a luxury cruise ship, sailing through the Mediterranean. The show will feature destination dates and challenges between the couples that form, with one couple winning a cash prize and a free trip from Princess Cruises.

“Making the Cut” is returning to Prime Video on August 19, the streamer announced Tuesday. Season 3 of the popular fashion-competition series will follow a new group of 10 talented designers from around the globe as they take their emerging brands to the next level and compete for the $1 million grand prize as well as a mentorship with Amazon Fashion. Joining hosts and executive producers Heidi Klum and Tim Gunn are judges Nicole Richie, House of Harlow 1960 creative director, and Jeremy Scott, Moschino creative director. Chloe x Halle, Jason Bolden and Wisdom Kaye will also join as guest judges throughout the season. “Making the Cut” Season 3, streaming exclusively on Prime Video, will drop two episodes each week and culminate in a finale on September 9.

NBC’s 46th annual “Macy’s 4th of July Fireworks Spectacular” has announced its star-studded lineup. Craig Melvin and Dylan Dreyer, anchors on NBC News’ “Today” show, will return for the second time to co-host the evening. The event will feature performances from 5 Seconds of Summer, Brett Eldredge, Carly Pearce and Pitbull with Filmore. The cast of “Freestyle Love Supreme,” including Lin-Manuel Miranda, James Monroe Iglehart, Kaila Mullady, Dizzy Senze and Anthony Veneziale, will also perform; and Broadway’s “Moulin Rouge! The Musical” cast members Jacqueline B. Arnold, Jessica Lee Goldyn, Tasia Jungbauer and Jeigh Madjus will take the stage as well. Also, celebrity chef and barbecue expert Chef David Rose will join the evening. Craig Ferguson, Padma Lakshmi, Paulina Porizkova and Wolfgang Puck will participate in a series of segments called “The American Spirit” in which the guests share their stories about what it means to live in the United States. The event, which will launch more than 48,000 shells and effects from five barges on New York City’s East River, will air Monday, July 4 from 8-10 p.m. on NBC. It will also stream on Peacock. An encore presentation will follow from 10 p.m. to 11 p.m. on NBC.

“Confirmed,” a new four-part docuseries from Dawn Porter, has been announced by Showtime Documentary Films. The documentary traces the modern history of the Supreme Court and the people, decisions and confirmation battles that have shaped the United States. To better understand today’s critical moment with the Court in light of numerous landmark decisions, the series takes a look back to the 1950s when Chief Justice Earl Warren led the Court through an era of progressive legal decisions. Produced by Trilogy Films and Sony Pictures Television, the docuseries will air in early 2023. Porter executive producers alongside Eli Holzman and Aaron Saidman for Sony Pictures Television.

Hulu will be the official streamer for the 2022 Essence Festival, which will be held in New Orleans and virtually from June 30 to July 3. Programming will include panel discussions and musical performances that will be available exclusively to Hulu SVOD subscribers to stream. The “Essence Fest Primetime” livestream will run on Hulu from July 1 to 3 from 7 p.m. until 11:59 p.m. CT. Hulu will also present an immersive experience at the festival, called “The Rink @ The Hulu Motel,” which will feature a roller rink filled with giveaways and content-themed food and drink. The three-day installment will be open from July 1 to 3 from 12 p.m. to 7 p.m. CT to guests older than 21 at the New Orleans Civic Theatre. Registration is still open to attend the Essence Festival virtually or in person.