‘The Real Charlie Chaplin’ Review: A Telling Look at the Tramp, Onscreen and Off 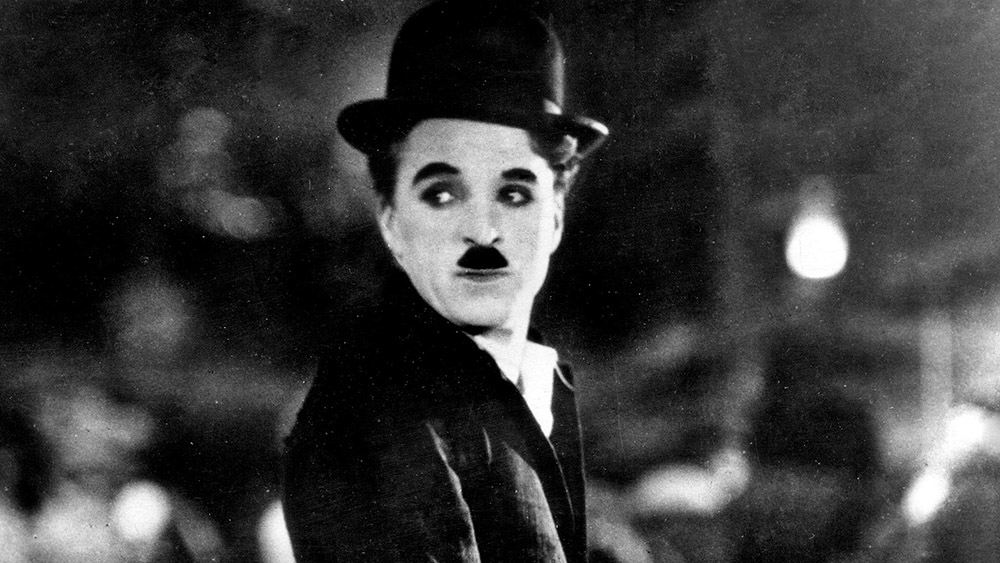 “The Real Charlie Chaplin” is an alluring title for a documentary about the man who was arguably the greatest comic artist in the history of the planet. (I could be wrong in that assessment; I wasn’t around in 1230 or 5600 B.C. But I’ll stand by it.) The title suggests that we’re going to get an unvarnished look at the man behind the curtain — the brilliant and complicated human being that Charlie Chaplin was, a charmer and a scoundrel, a sweetheart and a monster, not to mention a celebrity of scandalous appetites. All of that is covered, quite ingeniously, in “The Real Charlie Chaplin.”

Yet the documentary doesn’t shy away from immersing us in Chaplin’s artistry, a subject that has, of course, been covered once or twice before. We learn a lot about his films and how, exactly, he put them together. And the trick of the movie is that Chaplin was such an obsessive artist, who staged his comedies in such a compulsive personal way, that the films truly were a funhouse-mirror reflection of who he was inside. The real Charlie Chaplin was the offscreen Chaplin and the onscreen Chaplin, the two of them dancing together.

The film’s co-directors, Peter Middleton and James Spinney, have assembled audiotape recordings of people who knew Chaplin — like the 92-year-old Effie Wisdom, who played with him on the streets of London in the late 1800s — and of Chaplin himself, who we hear in a rare interview he gave to Life magazine in 1966. Since Chaplin grew up in poverty, there aren’t a lot of archival materials from his youth, but we see the claustrophobic attic garret he lived in with his family, and the workhouse he labored in. And there are extraordinary photos and film clips of his stage work with Fred Karno’s company, where he learned the violent art of knockabout slapstick — how to trip, take a punch, and fall down a flight of stairs. We see portraits of him taken back then, and he had a hypnotic gaze. His fellow stage players knew him as a mysterious debonair loner who taught himself the cello, ancient Greek, and yoga. He dressed in shabby clothes, except when he dressed to the nines (in one photograph he wears a tux as dashingly as James Bond). Even as an unknown, he was a star.

Chaplin wasn’t impressed with the films he saw at the nickelodeon — he thought movies were a passing fad — but when Mack Sennett, the head of Keystone Studios, offered him a contract for $150 a week, he came aboard for what he thought would be a year. The movie documents how Chaplin created the character of the Tramp, and it’s a great story because it was all happenstance. Chaplin needed a costume for that day’s shooting, and in the most random seat-of-the-pants way he grabbed whatever was there, which turned out to be the shoes of the actor he had been brought in to replace, Fatty Arbuckle’s trousers, a hat that belonged to someone’s father, and a prop mustache. The costume was assembled from bits of other costumes. “I put them on with no concept of characterization,” recalls Chaplin in the Life interview. His first reaction when he looked at himself? “It’ll do.”

In the Tramp’s first screen appearance that day, in February 1914, he doesn’t do anything too remarkable except for one thing: He glances, casually and repeatedly, into the camera. He “looks at us,” says the film’s narrator (the narration is read, in splendid oracular tones, by the British actress Pearl Mackie). He didn’t so much break the fourth wall as float right through it. “The moment I put on those clothes,” recalls Chaplin, “I felt so free. I could do any mad crazy thing I liked.” This wasn’t just screen comedy. It was a new way of being — the true birth of Hollywood and, in an odd way, an early expression of the reckless inner spirit of rock ‘n’ roll.

Chaplin played the Tramp in a series of genius two-reelers and in 1921 scaled up into a feature film with “The Kid” (with its portrait of an orphaned urchin who the Tramp saves from the workhouse, it remains as potent an autobiographical meditation as any film made by a Hollywood director). Chaplin fever spread across the globe. We see cards, knickknacks, parade floats. We see the promiscuous phenomenon of Chaplin knockoffs; the entire world is literally imitating him. We see his return after eight years to London, where he’s greeted by total Beatlemania. He’s the first celebrity of the media age, “famous as no one has been before,” and maybe (to this day) the biggest global celebrity there ever was: an icon, a rock star, a cult leader, a god. “The Real Charlie Chaplin” weaves in a beautiful meditation on the Chaplin persona, his blurring of identity, his undercutting of class and authority. “He’s a nobody,” the film tells us, “and he belongs to everybody.”

On set, Chaplin is a control freak who would have done every job if he could have. As it is, he writes, directs, produces, edits, and scores. We see footage of him shooting the scene in “City Lights” where the Tramp meets the blind girl played by the incandescent Virginia Cherrill, and Chaplin, who couldn’t figure out how to make the scene work, shot it so many times — hundreds, stretching over a period of months — that he went a step beyond Kubruckian insanity. His perfectionism became a form of OCD.

Chaplin’s threadbare childhood had left him perpetually insecure. “He never felt anybody loved him,” says his second wife, Lita Grey Chaplin. “He never believed it. He said, ‘Why would anybody love me?’” Could that be one of the many disturbing reasons why, of his four wives, he married three of them when they were teenagers? The film confronts this ultimate problematic dimension of Chaplin by showing a clip of Lita Grey on “The Merv Griffin Show” when she was publicizing her autobiography. We hear about how she became pregnant by Chaplin during the shooting of “The Gold Rush,” how they were married in Mexico, how abusive he was, and how she ultimately sued him in the most expensive Hollywood divorce case up until that time ($1 million), an event so sensational that copies of the divorce petition were sold on the street like magazines.

Chaplin and Adolf Hitler were born within four days of each other, in 1889, and the two had much in common. Both grew up adoring their mothers and resenting their drunken fathers. Both were electric performers who rode the new wave of mass media, commanding a crowd through gestures. But Chaplin, of course, positioned himself as the anti-Hitler. His soaring cry-for-freedom speech at the end of “The Great Dictator” (1940) — the first and only time that the Tramp spoke onscreen — was so popular that Chaplin was invited to deliver it again at FDR’s inaugural. But the documentary suggests that once the silent-screen star began to open his big mouth, he couldn’t keep it shut.

He began to drop approving remarks about Communism into his talks, and that did him in. An FBI campaign, led by J. Edgar Hoover, branded Chaplin a foreign subversive, a homosexual, and a Jew (he was none of the above). The gossip columnist Hedda Hopper filled her column with gossip about Chaplin that had been fed to her by the FBI, and the FBI then quoted those columns in its reports. Ultimately, Chaplin had the ground whisked out from under him by a perfect storm: the accusation of being a Communist sympathizer, the paternity suit filed against him by Joan Barry, and his first box-office disaster, the misogynistic black comedy “Monsieur Verdoux” (1947). On his way to Europe to publicize that film, he was banned from coming back to the United States.

It’s extraordinary, as you watch “The Real Charlie Chaplin,” to realize how much turmoil and sadness there was in Charlie Chaplin’s life, so much of it self-inflicted. Onscreen, he was a supremely emotional comedian who let his love shine right through; offscreen, he was more of a great dictator. Yet he lived with a profound sense of loss, of wanting, that haunted his comedy. In Switzerland, where he raised a family with his fourth wife, Oona, we see him looking regal in his silver hair, and his children, including his famous actress daughter Geraldine Chaplin, describe him as a good protector who was distant and imperious. But as the film reveals, he could always be counted on to show up and clown around in home movies. He lived his own song: Smile though your heart is aching.