The Falcon and the Winter Soldier

Why ‘Loki’ Is the Perfect MCU TV Show 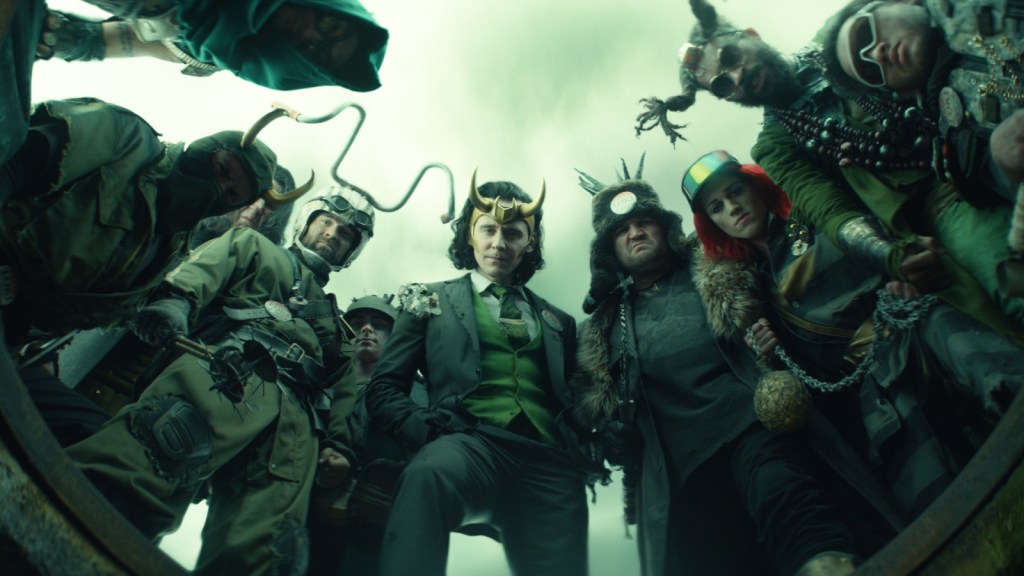 SPOILER WARNING: Do not read if you haven’t seen Season 1, Episode 5 of “Loki,” now streaming on Disney Plus.

I think it’s when Alligator Loki ate President Loki’s hand that I realized I was in love.

To be sure, I was always into “Loki,” Marvel Studios’ third Disney Plus series and the first devoted to exploring a single character: the god of mischief as played by Tom Hiddleston. From the first episode, I dug the absurdist deadpan humor imbued by head writer Michael Waldron, and I was immediately smitten with how director Kate Herron employed ’70s sci-fi brutalism and a particularly British affinity for bureaucracy to build out the world of the Time Variance Authority.

“Loki” looked unlike anything I’d ever seen in the Marvel Cinematic Universe, an increasingly difficult prospect given there are now 26 discrete iterations of the MCU — soon to be 27 with the impending debut of “Black Widow.” As the show has progressed, that feeling has only grown more acute as “Loki,” in its exploration of its title character’s identity, managed to carve out its own unique personality not just in the MCU, but also in the grander landscape of sci-fi storytelling.

To put it as simply as I can, “Loki” is a cosmic-yet-intimate time-traveling romantic action comedy about how Hiddleston’s sexually-fluid narcissist finally learns how to fall in love with himself — or, rather, the female version of himself who has lived a whole lifetime of harrowing experiences apart from his own. In doing so, the show has proven that not only can the MCU work on television, it can thrive on it.

Marvel Studios’ first Disney Plus series, “WandaVision,” was a fabulous first step onto TV, proving that the MCU, itself an experiment in creating an episodic series of blockbuster feature films, could shrink itself down to the scope of an American sitcom. Its exploration of grief and the restorative power of comfort TV could not have been more relevant to an audience enduring a devastating pandemic. But as it unfolded, the escalating mystery of what was actually happening on “WandaVision” — Evan Peters showing up as Pietro-but-not-actually-Pietro, Kathryn Hahn hiding in plain sight as Agatha, Elizabeth Olsen unwittingly responsible for almost everything on the show as Wanda — began to overwhelm it. Fans and major entertainment news outlets alike began wildly theorizing each week — it’s Mephisto! it’s Magneto! — and the pressure to achieve a Marvel-sized scale, service a wide ensemble of MCU characters, and resolve all its narrative strands made the final episodes of “WandaVision” feel, to some, misshapen.

Marvel’s follow-up series, “The Falcon and the Winter Soldier,” meanwhile, was at once more conventional and more ungainly, with five separate antagonists (John Walker, Karli Morgenthau, Helmut Zemo, Sharon Carter and Valentina Allegra de Fontaine) operating at cross-purposes and overshadowing the two title characters meant to be at the heart of the show and the exploration of being a Black man in America meant to drive it.

“Loki” avoids all of that, because it’s the first MCU show that understands to its bones that the best television is about its characters first, and its story second. The lasting pleasure of longform storytelling is allowing the audience a far deeper understanding of who is on screen than a two-hour movie can allow. That sensibility is already woven into the MCU: Watching Tony Stark, Thor, and Steve Rogers grow and changed over multiple features has been central to the franchise’s unprecedented success. But while Marvel’s conviction to make their shows the same way they’ve made their movies makes sense, it’s also had the paradoxical effect of making “WandaVision” and “FAWS” feel too overloaded with their characters doing stuff than just letting them be.

Each episode of “Loki” does just that. In Episode 1, Loki and Mobius (Owen Wilson, never better?) sit and talk about why Loki does what he does; in Episode 2, they ruminate on the nature of accepted reality while trying to solve the mystery of the variant Loki’s whereabouts. In Episode 3, Loki and Sylvie (Sophia Di Martino, an instant star) spend the entire hour walking through a doomed planet getting to know each other, and casually coming out in the process. Episode 4 is when the story shifts into a higher gear, with Gugu Mbatha-Raw’s Ravonna Renslayer emerging as its true antagonist, but even that episode allowed for several extended scenes of human connection, between Ravonna and Mobius, Loki and Mobius, and Sylvie and Hunter B-15 (Wunmi Mosaku, richer with each episode).

This week’s penultimate episode, “Journey Into Mystery,” introduces several new Loki variants, a critical new location in the Void (the purgatory at the end of time into which all pruned entities are dumped) and a blockbuster movie sized enemy in the monstrous, timeline devouring Alioth (re-imagined somewhat from the comic books). And yet, there’s still time for Loki and Sylvie to sit on a hill, share a conjured blanket and quietly express how much they mean to each other, and there’s also time for Classic Loki (the great Richard E. Grant) to get a deeply satisfying character arc. After explaining how his own existential despair at his lot in life allowed him to live well past his encounter with Thanos, Classic Loki’s encounter with Loki and Sylvie reinvigorates his sense of glorious purpose — and helps Loki to understand he’s more powerful than he’s ever allowed himself to be. It’s a full meal in miniature, and Grant makes the most of it.

All the while, Herron and writer Tom Kauffman work in all manner of delightful alternate reality Easter eggs, from the USS Eldridge (purported to have been part of an experimental cloaking and teleportation device in 1943) to the Polybius video game (purported to be a government psy-ops scheme). More notably, there are also some MCU Easter eggs, including the Thanos helicopter and the Living Tribunal that flit by quickly and appear designed to tickle Marvel die-hards and pleasantly mystify everyone else. And then there’s Alligator Loki, a flawless creature who should be protected at all costs.

There is one blink-and-you-missed-it moment, though, that could be something more, when the Qeng Enterprises logo shows up on the Avengers tower. In the comics, Tony Stark sells that tower to Qeng, which is secretly connected to the same Marvel boogeyman that’s haunted “Loki” from its premiere: Kang the Conqueror. The decrepit house Loki and Sylvie are stepping towards at the end of the episode also looks like it could — could — be Chronopolis, Kang’s HQ in the comics, although the TVA itself could be that as well. In any event, it’s been well documented, here and elsewhere, that Kang could be the entity who is really behind the TVA, especially since “Lovecraft Country” star Jonathan Majors has already been cast in the role and will appear in 2023’s “Ant-Man and the Wasp: Quantumania.”

If “Loki” does introduce Kang in its finale, however, then the show is stepping onto its highest, thinnest tightrope yet. This is supposed to be a show about Loki, not about a villain that, within the world of the MCU, remains a total unknown. It’s a massive risk for any series to bring in a brand new character — let alone the Big Bad! — in the final episode, so this could be another example of an MCU series serving the larger franchise at the expense of its own story. That would be a shame. Sticking the landing, after all, has always been troublesome for TV because TV is so much more about the shared journey than the ultimate destination. And yet, if anyone in the MCU knows how to alight onto safe ground despite impossible odds, it is the god of outcasts, who lives to survive.