Olivia Colman Wins First Emmy for Lead Actress in Drama With ‘The Crown:’ ‘I Loved Every Second of It’ 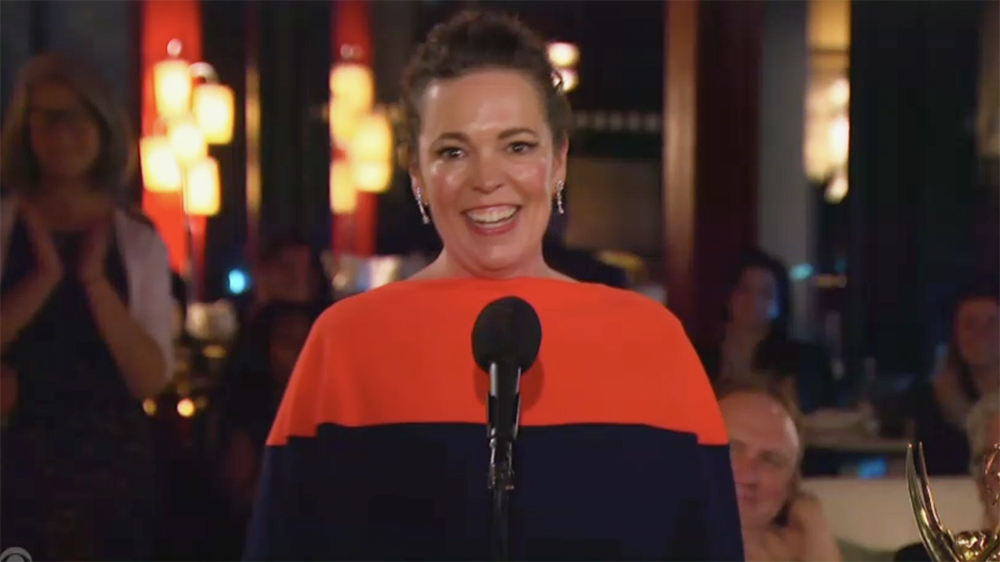 After four nominations, Olivia Colman has received her first Emmy, winning for lead actress in a drama for her portrayal of Queen Elizabeth in Season 4 of “The Crown.” Colman’s victory is a bit of an upset, as common wisdom going into the Emmys on Sunday night favored either Colman’s “Crown” co-star Emma Corrin or “Pose’s” Mj Rodriguez.

Colman herself expressed surprise when she delivered her speech at the London gathering for “The Crown.”

“I would have put money on that not happening,” she said. “I want to say thank you very much for this, this is amazing.”

Season 4 was Colman’s final turn playing Queen Elizabeth. Imelda Staunton will take over from her, as Colman did from Claire Foy, who originated the role.

“I loved every second of it, and I can’t wait to see what happens next,” Colman said.

She kept her remarks short, but she did get choked up as she remembered her father. Through tears, she said: “I wish my dad was here to see this. I lost my daddy during COVID, and he would have loved all of this.”

Colman did throw in one more bit at the end, though — one that got her bleeped out: “Michaela Coel, fuck yeah!”

Colman’s win added to the dominance of “The Crown” this year, which brought in a haul of 11 awards, including Netflix’s first-ever win in the drama series category. She won over fellow nominees Corrin (“The Crown”), Mj Rodriguez (“Pose”), Elisabeth Moss (“The Handmaid’s Tale”), Jurnee Smollett (“Lovecraft Country”) and Uzo Aduba (“In Treatment”).

In 2019, Colman won an Academy Award for best actress for playing the abusive, sickly Queen Anne in “The Favourite.”

Netflix Wins Most Emmys for First Time Ever, ‘The Crown’ and ‘Queen’s Gambit’ Tops 2021 Awards Haul 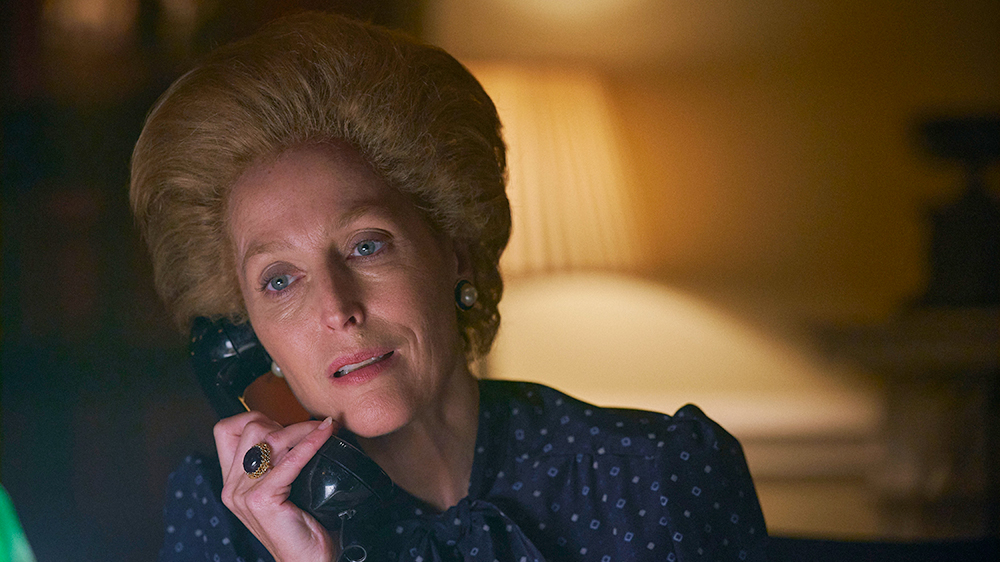 Netflix has won more Emmys than any other network or platform for the first time ever, with the streaming giant nabbing 44 awards total in 2021.

Not only did Netflix take home the most Emmys for the year, but it did so while winning more than double the total number of awards of its nearest competition. HBO and HBO Max, by comparison, won 19 awards in total. Netflix also more than doubled its total wins from last year, when it won 21 statuettes.

Netflix came into the Primetime Emmys with 34 wins from the Creative Arts Emmys. The streamer then picked up a further 10 awards, including wins for Gillian Anderson, Olivia Colman, and Josh O’Connor for their roles  in “The Crown” and for Ewan McGregor for best actor in a limited series for his starring role in “Halston.” “The Crown” also won for best drama series as well as best directing and writing for a drama series. The drama about the British Royal Family won 11 Emmys in total, tying Netflix’s “The Queen’s Gambit” for the most wins for an individual program for the year.

Netflix has been vying for the biggest Emmy haul since it broke into the awards race years ago. It has been runner up to HBO a number of times, and came closest to beating the premium cabler when the two tied with 23 wins each in 2018.

Perennial favorite HBO was no slouch, however. The premium cabler, along with its streaming partner HBO Max, started out the night with 10 awards from the Creative Arts Emmys. “Hacks” and “Mare of Easttown” both picked up multiple wins, including best actress in a comedy series for “Hacks” star Jean Smart and best actress in a limited series Kate Winslet in “Mare of Easttown.” Elsewhere, Michaela Cole won the award for best writing for a limited series for “I May Destroy You.”

Disney Plus picked up only one win at the Primetime Emmys, with “Hamilton” winning for best pre-recorded variety special. The streamer did win more total awards than it did last year, however. Disney Plus won 14 awards total in 2021, up from eight in 2020. Apple TV Plus likewise saw its fortunes improve year over year, winning 10 total Emmys thanks in large part to comedy “Ted Lasso.” The show not only won best comedy series but also nabbed wins in three comedy acting categories — best actor (Jason Sudeikis), best supporting actress (Hannah Waddingham), and best supporting actor (Brett Goldstein).

Fellow streamers Amazon and Hulu did not fare as well, with both getting shut out this year. Amazon had won four Emmys last year while Hulu had one win in 2020.

HBO and HBO Max led all nominees this year with a combined 130 nominations, followed closely by Netflix with 129. Disney Plus was third with 71 nominations in total.

“The Crown”  and “The Mandalorian” tied for the most nominations for a program this year with 24 each. “WandaVision” was next with 23, followed by “The Handmaid’s Tale” and “Saturday Night Live” with 21, “Ted Lasso” with 20, “Lovecraft Country and “The Queen’s Gambit” with 18, and “Mare of Easttown” with 16.