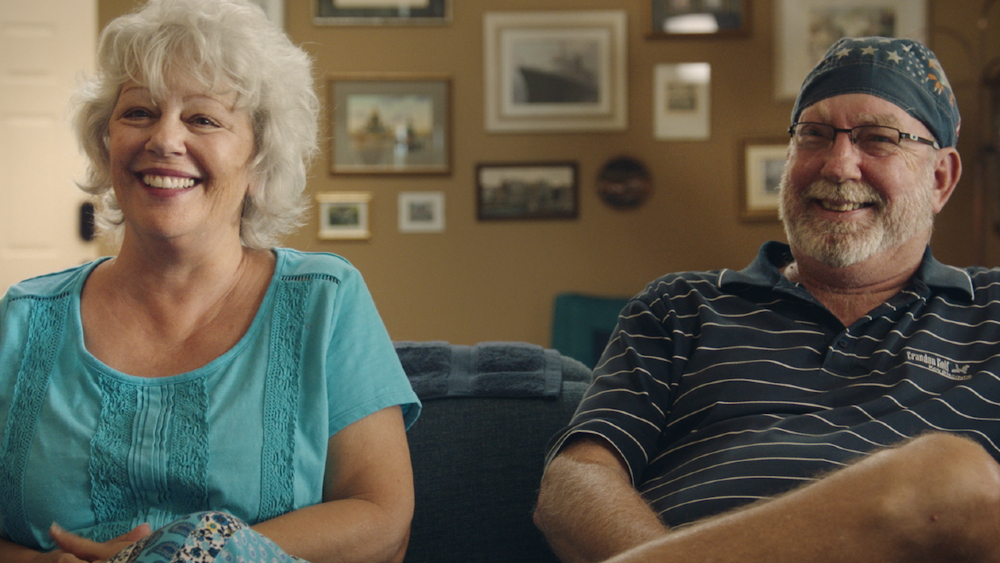 Beneath the surface, however, the film asks important questions of class – according to one resident in the film 80% of the nation’s private wealth belongs to people over 65 years old, race – the overwhelming majority of retired people in the U.S. are white, and the impact The Villages has on surrounding communities. The film also examines how society treats those who age out of the workforce. Often neglected by family and their communities at home, many who settle in The Villages rediscover their own agency and find a new lease on life after relocating to the community.

“The Bubble” is directed by Austrian filmmaker Valerie Blankenbyl (“A Mother’s Dream”) and produced by Dario Schoch (“Split”) and Rajko Jazbec (“Goliath”).

Schoch and Blankenbyl spoke with Variety on the occasion of the film’s premiere about gaining access to The Villages, documenting a largely unknown slice of Americana and their own possible plans for life in retirement.

How were you able to gain access to The Villages, and what kind of impediments did you encounter along the way?

When we first read about The Villages we were surprised at how little media coverage they had gotten in the past. Valerie Blankenbyl, cameraman Joe Berger and producer Dario Schoch went there to research and found that people in The Villages were very open and friendly and keen to tell their stories. Soon we realized that any sort of reporting on life in the community was actively discouraged by the management of The Villages, who like to stay in control of how The Villages are portrayed. Because of that they run their own TV channel, radio and newspaper that never says anything negative about the community. We knew that The Villages were mostly paid for by taxpayers’ money and therefor accessible to the public, including us. The filming in public spaces wasn’t easy and sometimes not fun at all since the management tried to convince their residents not to talk to us, but the most important thing to us was that the people we filmed were happy to be filmed.

Was it easy to find people willing to speak on the record about The Villages?

Political discourse in the U.S. has become increasingly polarized in recent years, did you notice the same in the bubble of The Villages?

Yes, this was very noticeable in The Villages. So much so that people told us they don’t talk politics with their friends, neighbors and family to prevent losing them. The political golfcart parades could get very heated, both on the republican and the democratic side, especially close to the 2020 election.

As you say, the large majority of people living in the community are Republican and there are a lot of MAGA hats in the trailer. Has there been an impact on the more progressive members of the community?

I think if you are very progressive you won’t feel that comfortable in The Villages, but there are some clubs like the Democratic Club and the Liberal Ladies Club, a club for gay Villagers etc. The Villages are so big that you will find something for everyone there. Overall, the community is mostly white and conservative though. What has been impacted are political affiliations of the surrounding area. Because of the influx of Republican voters in the area and the political power of The Villages, democratic voters have been finding it hard to even get representation in the area. They had to switch party affiliation to even be able to vote.

The socio-political story of this community is uniquely American, and it’s interesting the story is being told by a team of non-American filmmakers. What are the advantages or possible disadvantages to that dynamic, and do you think it made production any easier or more difficult?

We experienced it as a positive coming from a different cultural and generational background. People we met were keen to explain to us what they might not have to American filmmakers and we could treat each other with an open-minded, curious or even naive attitude, rather than perhaps with the weight of “insider” knowledge and experience. The downside of that is of course that you might miss out on some of the nuance that you wouldn’t as an insider.

Have members of the community seen the film, or parts of it yet? What has been their reaction so far?

We have stayed in close contact with our protagonists, and they have so far only seen the trailer, which they enjoyed. Our dream was to go back to Florida and show them the film personally but with the ongoing pandemic this has been impossible so far. I am not sure how open The Villages residents in general will be to any criticism of their community at all, but the residents we filmed knew that we were filming with people who were critical to The Villages and that we were going to show both sides.

Do you have distribution lined up for the film? What do you think the future looks like for this film in terms of theatrical, platforms, TV etc., both in the US and abroad?

Deckert Distribution as our sales agent is handling all territories except Switzerland and Austria. So far, we have seen strong interest from TV, for example NHK in Japan. In Switzerland the film is distributed by Cognito Films and in Austria by Filmladen. The cinema release in Switzerland will be right after Nyon, fitting well with the recent cinema openings in Switzerland. And yes, our main market for the film is the U.S. We are currently evaluating different options.

Are you planning to live in a retirement community when you’re done working?

We miss certain aspects of living in The Villages, like having a pool in front of your doorstep, some of the people we met there, the beautiful weather and of course, pickleball! But I think for most of us, living in a gated retirement community isn’t how we imagine our future.