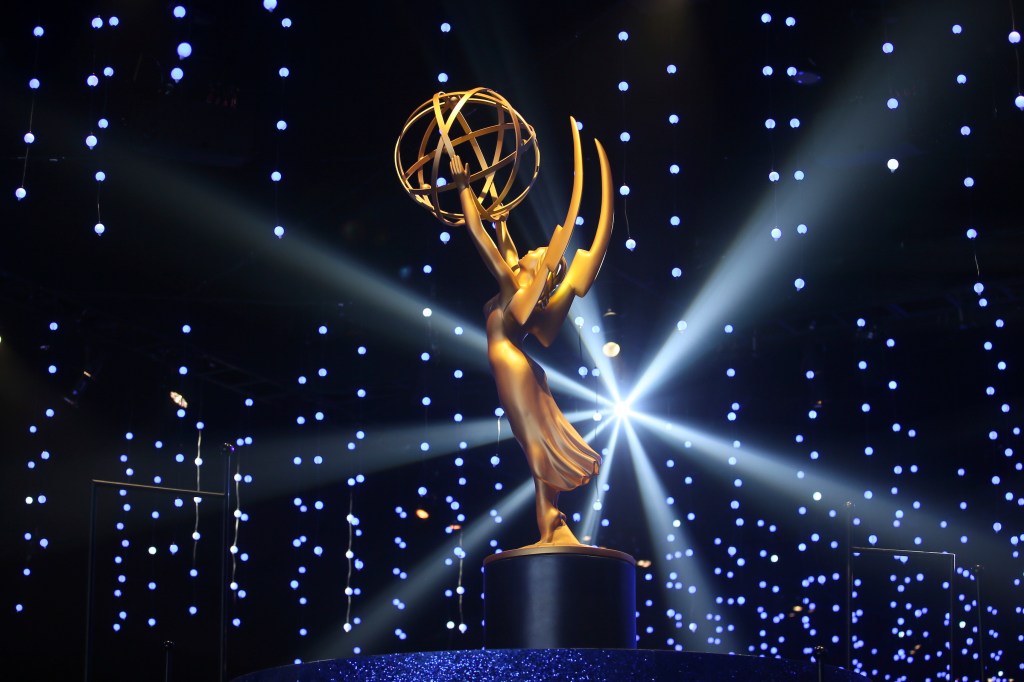 The Television Academy has officially shared its 2022 Emmy calendar, and not a lot has changed from last year. Emmy nominations will be announced on Tuesday, July 12 — which is the same time they were announced this past year — and there’s no word yet on an exact date for the Creative Arts Emmy ceremonies and Primetime Emmys event in September.

NBC has the rights to the Emmy telecast this year, as part of the four-wheel system, which means it’s likely that the ceremony will be held on a Monday. That’s because NBC airs NFL Sunday Night Football — and the last time the network broadcast the Emmys, in 2018, it was moved to Monday for that exact reason.

The Television Academy has not yet announced any category or rule changes for 2022; most recently, it partnered with the New York-based National Academy of Television Arts and Sciences to announce a realignment of some series eligibility — moving to more genre, rather than daypart, distinctions.

The eligibility period for the 74th Annual Primetime Emmy Awards will be programs that aired between June 1, 2021, and May 31, 2022 — with the usual “hanging episodes” rules in effect for any series that has a season that straddles two different eligibility periods.

Here is the Primetime Emmys calendar for the 2022 awards season, subject, as always, to change:

March 31:  Deadline to apply for membership to guarantee voting eligibility for both rounds of the 74th Emmy competition and to secure member entry fee discount. This date also applies to former members. Application must be completed and paid in order to qualify.

May 12, 6 p.m.:  Upload deadline for all entry materials

July 26:  Deadline for errors and omissions to the nominations

The Television Academy is taking the Emmys outdoors. The org announced Tuesday afternoon that the Emmy ceremonies, both Primetime and Creative Arts, will be held on the Event Deck at L.A. Live, next to the Microsoft Theater — marking the second year in a row that the Emmys were not actually held inside the Microsoft. More from the org:

“Preparations for welcoming live audiences to the Creative Arts Emmy Awards and the 73rd Emmy Awards telecast are underway. Following discussions with health and safety experts for Los Angeles County and the Emmy ceremonies, the Television Academy has concluded that we must further limit the number of nominees attending the Creative Arts Emmys on Sept. 11 and 12 as well as the 73rd Emmys on Sept. 19.

“Although invitations have just been mailed out, nominated teams of three or more will now be limited to no more than four tickets per nomination. Unfortunately, this means not all nominees will be able to attend this year’s awards. We recommend those on nominated teams coordinate between themselves and identify how they will allot their four tickets before they RSVP.

“In addition, the Television Academy and CBS have decided to host all ceremonies, including the Creative Arts, on the Event Deck at L.A. LIVE, directly behind the Microsoft Theater. This will provide an opportunity to utilize an “indoor/outdoor” setting and more socially distanced audience seating.

“The health and safety of our nominees is of paramount importance. Conversations are ongoing, and we will provide further information as it is available. The Television Academy appreciates everyone’s understanding as we continue to navigate the COVID-19 delta variant.”

‘On Becoming a God in Central Florida’ Ruled Drama, Not Comedy, by TV Academy (EXCLUSIVE)

In a move that could shake up the Emmy comedy actress race, the Television Academy has ruled that Showtime’s “On Becoming a God in Central Florida” is a drama, not a comedy.

That means star Kirsten Dunst, who had been considered one of the top front runners to earn a nomination in the outstanding comedy actress category, will now have to compete in the drama actress race. The show’s other performers, writers, directors and various crew members will also have to now submit in their respective drama categories, while the show itself now moves to drama contention.

Per TV Academy rules, any regular series under 30 minutes is automatically sent to comedy consideration, while shows over 30 minutes must compete in drama. “On Becoming a God” is over 30 minutes, but networks and studios are allowed to petition the org to move their show if they feel it better fits the other classification. That’s how Amazon Prime Video’s “The Marvelous Mrs. Maisel” ends up in comedy consideration, for example.

But the Academy’s decision to not to allow “On Becoming a God” to compete in comedy surprised insiders, who noted that Showtime markets the series as a dark comedy. Earlier this year, Dunst was nominated by the Golden Globes for best performance by an actress in a musical or comedy TV series. She was also nominated for best actress in a comedy series by the Critics Choice Awards.

The show’s episode “The Stinker Thinker,” written by Robert Funke and Matt Lutsky, was nominated by the WGA Awards for episodic comedy.

It’s believed that both Showtime and the show creators appealed the decision, but were told by the Academy that its decision was final.

Such a move will likely force Showtime to brand “On Becoming a God” as a drama in its Emmy FYC materials, but the show will still be marketed as a comedy everywhere else.

The debate over how the Television Academy should handle hybrid shows — series that can’t necessarily be categorized just as “comedy” or “drama” — has raged for years. Hour-long series like “Ally McBeal” and “Desperate Housewives” were being submitted (and winning) as comedies, and by early this decade, the confusion was cemented. Showtime’s “Shameless” switched from drama to comedy, and started landing nominations for star William H. Macy. “Orange is the New Black” was initially entered in awards as a drama, then switched to comedy.

In 2015, the Academy adopted the current system of placing all half-hours in the comedy category and hour-longs in drama, subject to review. That year, “Orange” was moved back to drama as a result.

In 2019, the Academy further clarified its rules, noting that programs will be allowed to switch categories (say, from comedy to drama competition) in the Emmy race just once. After that, they’re locked in — and won’t be allowed to categorize again.

Originally produced for YouTube Originals, which moved away from scripted series last year, “On Becoming a God in Central Florida” debuted Aug. 25 on Showtime. The series, set in 1992, stars Dunst as a water park employee who rises up a pyramid scheme in an attempt to better her life. Théodore Pellerin, Beth Ditto, Mel Rodriguez and Ted Levine also star. Funke and Lutsky created the show, which comes from Sony’s TriStar Television. Executive producers include Smokehouse Pictures’ George Clooney and Grant Heslov, as well as Dunst, pilot director Charlie McDowell and showrunner Esta Spalding. Showtime has renewed the series for a second season.

Epix is kicking off the post-DVD era of Emmy campaigning. On Wednesday, the MGM-owned pay cable network will be the first network or studio to officially launch its FYC screening site this year.

The network will direct the TV Academy’s 25,000 voters to its Epix FYC2020 customized website via an email to members. The campaign will center on “Belgravia,” Epix’s 6-episode limited series from creator Julian Fellows. Other shows promoted by Epix include “Perpetual Grace Ltd.,” “Pennyworth,” “Godfather of Harlem” and “Get Shorty.”

“This past Emmy eligibility year has been an especially successful one for Epix’s overall network growth and quality original programming,” said Epix president Michael Wright. “The TV landscape is voluminous and growing every day, so we wanted to get TV Academy members an early start savoring all the talent associated with these outstanding shows.”

The Epix site comes as networks and studios adjust to an Emmy FYC cycle without physical screeners for the first time, having been banned by the Television Academy starting this year. In its place, outlets must now pay $8,000 per comedy, drama, limited series or TV movie to be streamed either on their own FYC site, or on the TV Academy’s viewing platform. (The costs decrease from there for other program categories.)

In lieu of the DVD box sets, networks and studios can also send an email, postcard or booklet at their own cost. Epix opted to send an email to the TV Academy’s master member list — which is included for free in the screener site fee.

Of course, the larger issue now facing this Emmy campaign season is the impact of coronavirus (Covid-19) quarantines, and what FYC may now look like without in-person events. An Epix spokesperson said the network is exploring plans for virtual screenings in lieu of traditional FYC theatre screenings, which had been initially planned by Epix.

“Belgravia,” which premieres April 12, is based on Fellowes’ novel of the same name about mystery and intrigue among the upper crust of 19th century London on the eve of the Battle of Waterloo. Fellowes, Gareth Neame, Nigel Marchant and Liz Trubridge are executive producers, while John Alexander directed all episodes.

‘The Handmaid’s Tale,’ ‘Veep,’ ‘When They See Us’ Writers Honored at Emmy Nominees Reception

Ava DuVernay (“When They See Us”), David Mandel (“Veep”) and Bruce Miller and Kira Snyder (“The Handmaid’s Tale”) were among those honored at the Television Academy’s Emmy nominees writers reception on Tuesday night in North Hollywood.

There, ceremony hosts, “Escape at Dannemora” star Eric Lange and “Veep’s” Sam Richardson, kept the show moving by tossing in jokes between introductions as the writers from each Emmy-nominated show posed for photographs on stage. The two stars seemed especially excited to introduce the masterminds behind their own shows. Lange’s “Escape at Dannemora” writers Brett Johnson and Jerry Stahl accepted praise for their two nominations, while Richardson claimed it was a “privilege and honor” to introduce “Veep” showrunner Mandel to the crowd.

DuVernay briefly posed for photos as she accepted the honor for writing episode four of “When They See Us.” The series itself earned 16 Emmy nominations in total, the most of any Netflix program and, as previously reported, DuVernay said she’ll be bringing the “Exonerated Five” as her dates to the awards show on Sept. 22.

“Late Late Show” writers Jared Moskowitz and John Kennedy were also honored for their Emmy nomination for outstanding writing for a variety show – a category they share with none other than Beyonce who (though not present at the event) was honored for her writing on her Netflix documentary “Homecoming,” a move that puts her one step closer to earning the widely coveted EGOT status. Other writers recognized included Craig Mazin (“Chernobyl”), Stacy Osei-Kuffour (“Pen15”), Josh Siegal (“The Good Place”), Jenner Furst and Julia Willoughby Na