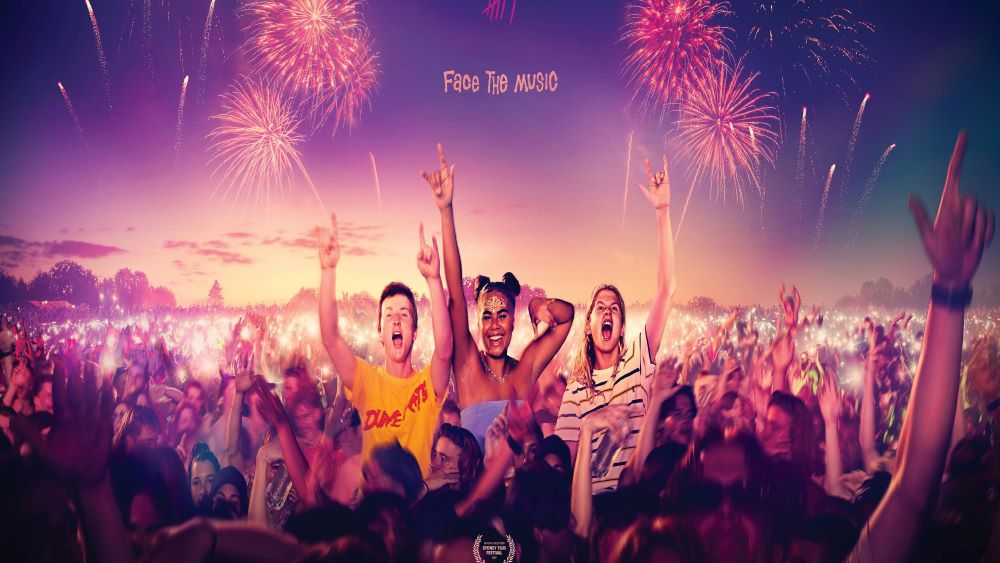 “6 Festivals,” a music drama film that marks the first Australian feature movie to be commissioned by Paramount+, is to get a local theatrical release.

The picture is the story of three teenage best friends (played by Rasmus King, Yasmin Honeychurch and Rory Potter) who try to attend six music festivals in as many months. It gets its world premiere on Friday at the Sydney Film Festival, as part of the SFF’s Sounds on Screen section.

The picture will have a limited theatrical release in Australia through Bonsai Films from Aug. 11, 2022. Global accessibility on Paramount+ will follow at an unspecified date later in the year.

“We are incredibly excited that Paramount+ can continue to showcase and champion such authentic and quintessential Australian stories. This relatable story set amongst our own vibrant live music scene will no doubt resonate with audiences for years to come,” said Daniel Monaghan, SVP content & programming.

The Sydney Film Festival will go ahead in a smaller and all-digital format next month, organizers announced on Monday. They had previously announced that this year’s event would be cancelled due to the coronavirus outbreak, and that the next edition would be held in 2021.

The virtual festival will run June 10-21. The program will include: world premieres of compelling true stories from some of Australian documentary filmmakers; a program of shorts from rising stars of the Australian film industry; and films from European female directors.

Organizers describe the virtual edition of the SFF as a national event. But they did not explain whether all components would be ticketed and require payment. Nor did they say whether events and screenings could be accessed from outside the country. The technology provider was also not identified.

Details of the line-up and ticket sales procedures will be unveiled on May 27.

Australia has recorded 6,801 coronavirus infections and 95 deaths from the disease. The country has been in a strict lockdown since late March, but authorities are now sufficiently confident that they have the disease under control that they are discussing a phased reduction of restrictions. De-escalation measures could include opening Australia’s borders to travelers from New Zealand, another Asia-Pacific country which has largely tamed the outbreak.

Writer-director Imogen Thomas’ debut feature “Emu Runner” has and probably will play in designated family-themed strands of film festivals, and given its story of a 9-year-old Aboriginal girl who deals with grief in the wake of her mother’s death by bonding with a lone female representative of Australia’s largest native bird species, this programming strategy is to be expected. Yet adult audiences who bypass this serene and finely-detailed coming-of-age tale do so at their own risk, as Thomas has made a deep, rich meditation on family, community, country and racial tensions that strides well beyond its girl-meets-bird logline. Flightless the Dromaius novaehollandiae may be, but “Emu Runner” soars.

Shortly after her mother tells her the emu is “our animal, that’s what connects us to this land, our people,” she dies whilst on a bushwalk with her daughters. Jay Jay is a caring and committed father, and with the help of equally dedicated relatives he resolves to keep the family together.

Things appear functional for a time. Yet Gemma seems to feel the loss more acutely than her siblings and father, and soon takes not only to skipping school to visit a female emu she’s found but can never catch up with, but also to pilfering food from her neighborhood to feed the animal as well. Soon, Ecka gets himself and Gemma in hot water over his attraction to a white classmate, as the social worker (Georgia Blizzard) and local policeman Stan (Rob Carlton) misread these signs out of naïveté and preconceptions, respectively. Without quite knowing what she’s doing or why, Gemma remedies the situation by tapping into her natural physical gift and need to reconnect with her departed mother.

Aboriginal tradition holds the emu as a creator spirit, and the animal’s outline may be seen in the Southern Cross for those who know where to look. An Australian native and graduate of NYU’s Tisch School of the Arts (who has been visiting Brewarinna regularly since 2003, later setting her well-received 2008 short “Mixed Bag” there), Thomas clearly knows what she’s doing and where she’s doing it. There’s a quiet, assured strength of vision to the film that has brought the very best out of her largely non-pro cast. Indeed, young Waites’ preternatural gravitas is among those lightning-in-a-bottle performances that seem more divine inspiration than calculated make-believe.

So, too, the magisterial vastness of the plains surrounding the town is captured to sobering yet beautiful effect by cameraman Michael Gibbs. Most of the emu footage was shot at a farm some four hours away, with Gibbs, editors Jenny Hicks and Nicole Norelli, and Thomas — who is also one of four “emu wranglers” listed in the credits — seamlessly blending the footage into a moving whole.

“I can’t stand being away from home,” Gemma tells the social worker around a campfire, gesturing at the night sky. “Smells are wrong and you can’t see none of this.” An essential Aboriginal truth in miniature, the sentiment is one of the many felicitous joys of “Emu Runner.”