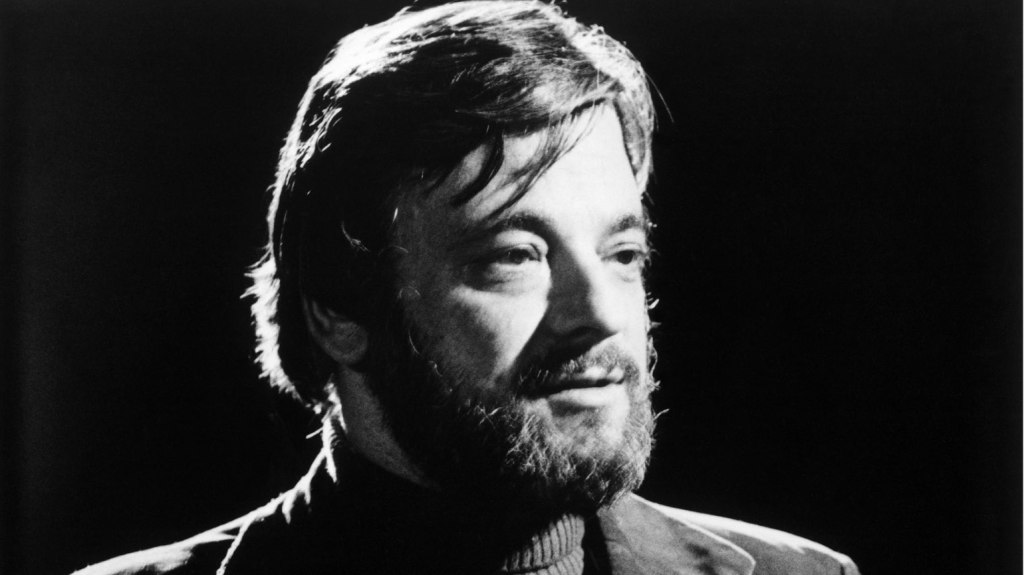 Stephen Sondheim, the dominant voice in American musical theater in the second half of the 20th century and the composer with the most Tony Awards, has died. He was 91. The Broadway icon died Friday, November 26th at his home in Roxbury, Conn. He was 91.

His shows, from the comedic “A Funny Thing Happened on the Way to the Forum” to the ground-breaking “Company” to the operatic “Sweeney Todd” to the experimental “Pacific Overtures,” transformed the Broadway musical stage, influencing and advancing the medium. Sondheim, a protege of Oscar Hammerstein II, slowly moved away from that melodic tradition to incorporate complex and dissonant themes and structures of 20th century classical music into his works.

Sondheim won seven Tony Awards plus a 2008 Special Tony Award for lifetime achievement in the theater.

Though he never achieved popular success on the order of Andrew Lloyd Webber, Sondheim altered and broadened the boundaries of American musical theater with great daring and aplomb, basing his tuners on such disparate sources as the ancient Roman playwright Plautus (“A Funny Thing”), a film by Ingmar Bergman (“A Little Night Music”) and American political assassinations (“Assassins”). And while his critics claimed his songs lacked the whistle-ability factor of Richard Rodgers or even Lloyd Webber, his musicals continued to be revived, reappreciated and reappraised over the decades.

No one could deny Sondheim’s abilities as a lyricist — in that realm he easily rivaled the great Cole Porter. His talent, evident from his early collaborations with Leonard Bernstein (“West Side Story”) and Jules Styne (“Gypsy”), became even more pronounced and sophisticated as he grew as a composer and conceiver of musical subjects. Many of his musicals were sardonic and downbeat. “Company” dealt with a single man whose encounters with his married friends were less than encouraging; “Follies,” with the illusions of show business vs. real life. And, of course, “Sweeney Todd” was about a barber who killed his clients and baked them up in pies.

Such material was not always to mass-audience tastes. But critics and musical theater devotees thrilled to it. Sondheim won countless Tonys but, more importantly, paved the way for musicals that dealt with sophisticated subject matter as directly as any straight drama.

Sondheim was almost defined by his New York sensibility. He was born Stephen Joshua Sondheim in Manhattan into a middle class family and sent off to a military school after his parents divorced. With his mother he moved to Doylestown, Penn., where they lived near Oscar Hammerstein II, a family friend who soon became his surrogate father. At age 15, Sondheim presented his first musical, “By George,” to Hammerstein, who summarily tore it apart. “I learned more about songwriting and the musical theater (that afternoon) than most people learn in a lifetime,” he later recalled. Sondheim worked as an assistant on Hammerstein’s musicals “Allegro,” “South Pacific” and “The King and I.” After finishing the George School, he attended Williams College, where he graduated magna cum laude in 1950 and earned a Hutchinson prize to study music and composition, which he did with composer Milton Babbitt.

Sondheim’s Broadway debut came in 1953 with the musical “Saturday Night,” for which he wrote the music and lyrics, but the producer died suddenly and so too did its financial backing. Sondheim briefly earned a living in Hollywood as a telescripter for the series “Topper.” He also wrote the incidental music to such plays as “Girls of Summer” and “Invitation to a March.”

Through Arthur Laurents, Sondheim was introduced to Bernstein, who afforded him the opportunity to write the lyrics for his musical updating of “Romeo and Juliet” called “West Side Story” (1957). Though he disparaged his work on that musical later, it launched Sondheim on his career. He was to have written the music as well as the lyrics for Laurents’ “Gypsy,” but the star, Ethel Merman, demanded that Jule Styne be brought in to write the music. Sondheim’s brilliant lyrics and Styne’s score transformed the tale of stripper Gypsy Rose Lee into what many legiters consider one of the great musicals of all time. (Sondheim also contributed some lyrics to Bernstein’s “Candide”).

Sondheim was finally ready to strike out on his own, which he did with “A Funny Thing Happened on the Way to the Forum,” a comedy derived from the works of Roman comic playwright Plautus. Starring Zero Mostel, it opened in 1962 and would prove to be Sondheim’s most profitable musical, long running and frequently revived with the signature songs “Comedy Tonight” and “Everybody Ought to Have a Maid.”

But Sondheim’s next musical was one of his biggest disappointments. Collaborating with Laurents on the experimental “Anyone Can Whistle,” which opened in 1964, proved to be an enervating experience. Nor was his next Laurents collaboration much better. “Do I Hear a Waltz?,” for which Richard Rodgers wrote the music (it was Sondheim’s last collaborative effort), was based on Laurents’ play “The Time of the Cuckoo” (which became the film “Summertime”) and had a brief, unprofitable run.

Except for the ABC TV original musical “Evening Primrose,” Sondheim was not heard of again until 1969, when he began his winning collaboration with director Hal Prince, stretching the musical comedy envelope with the multicharacter, free-form “Company.” When it opened on Broadway the following year, its cynical, acerbic view of urban married life struck a nerve, as did such songs as “Being Alive,” “The Ladies Who Lunch” and “I’m Not Getting Married Today.” It won Sondheim his first Tony. The following year came the even more audacious, dream-like “Follies” (also with Prince), a dazzling reconception of the backstage musical, dark and introspective and brilliantly staged. The pastiche score of several different musical eras brought Sondheim another Tony, though the show was not as big a success as “Company.”

“A Little Night Music,” based on Ingmar Bergman’s Chekhovian romance “Smiles of a Summer Night,” opened in 1973, and whoever doubted Sondheim’s ability as a composer (from the start, no one ever doubted his lyrical mastery) was converted by the tuner’s waltzes and its plaintive “Send in the Clowns,” the closest thing to a hit song Sondheim ever penned. He also co-wrote with Anthony Perkins his only film script, “The Last of Sheila,” a rather convoluted murder mystery.

“Merrily We Roll Along” seemed to try even harder to be clever, telling its story backwards. Thus the bitter characters at mid-life become younger and more idealistic as the show goes along.

Conceptually it was daring. Its execution left a great deal to be desired, though it boasted one of Sondheim’s best scores, including the haunting “Not a Day Goes By.” He also musicalized Aristophanes’ “The Frogs.”

“Sweeney Todd,” the Grand Guignol melodrama about a homicidal barber in 19th century England, was essentially an opera. And as staged by Prince, it won Sondheim well-deserved accolades. It quickly passed into the operatic repertory worldwide and won Tonys for Sondheim.

Sondheim’s last two Broadway successes (though neither compared to “Sweeney” or “Funny Thing”) were “Sunday in the Park With George” — a reverie in two time periods (19th century France and today) about pointillist painter Georges Seurat, and more abstract than the melodramatic “Sweeney Todd” — and the dark fairy tale “Into the Woods.” He received a Pulitzer Prize for “Sunday in the Park With George” in 1985.

His next effort, “Assassins,” about such presidential killers and would-be killers as John Wilkes Booth and Squeaky Fromme, was regarded as an oddity at best and did not move to Broadway after running at Playwrights Horizon in 1991. (However, a 2004 Broadway production from the Roundabout Theater Company was a critical success and won five Tonys, including the trophy for musical revival.)

He returned in 1994 with “Passion,” based on a film by Italian director Ettore Scola. While it was respectfully received and won several Tonys, some thought it lacked real songs — they saw it as an interesting experiment, but one for which audiences were not ready. His play “Getting Away With Murder,” co-written with George Furth, closed quickly on Broadway in 1996.

His most recent new musical, “Road Trip,” underwent a long, bumpy development process. Initially called “Wise Guys” in an Off Broadway workshop in 1999, the show premiered as “Bounce” at Chicago’s Goodman Theater in 2003 and also had a run at the Kennedy Center later that year. However, the musical did not reach Gotham until 2008, when yet another retooled version, this time called “Road Trip,” bowed at Off Broadway’s Public Theater in a staging director by John Doyle, whose stripped-down Broadway revivals of “Sweeney Todd” (in 2005) and “Company” (in 2006) had won raves.

Toward the latter years of his career, his work was revived on Broadway with a frequency seen by few other composers. The Roundabout Theater Company made a habit of producing Sondheim musicals, ranging from “Assassins” to “Sunday in the Park” to “Pacific Overtures.” In 2010 the Roundabout renamed one of its Broadway venues after the composer.

In 2002 the Kennedy Center staged a summerlong celebration of his work, including repertory presentations of six of his tuners. Commercial stagings of Sondheim musicals also proliferated in recent years, included “Sweeney,” “Company,” “A Little Night Music” (2009) and “Follies” (2011).

Not many commercial productions of Sondheim’s musicals managed to recoup, despite the accolades and the fan fervor. But Sondheim more than achieved his aspirations, leaving an indelible stamp on the musical theater and American music in general. Compendium revues of his work “Side by Side by Sondheim,” “Marry Me a Little,” “Putting It Together,” “You’re Gonna Love Tomorrow” and “Sondheim and Sondheim” helped popularize tunes that were never appr