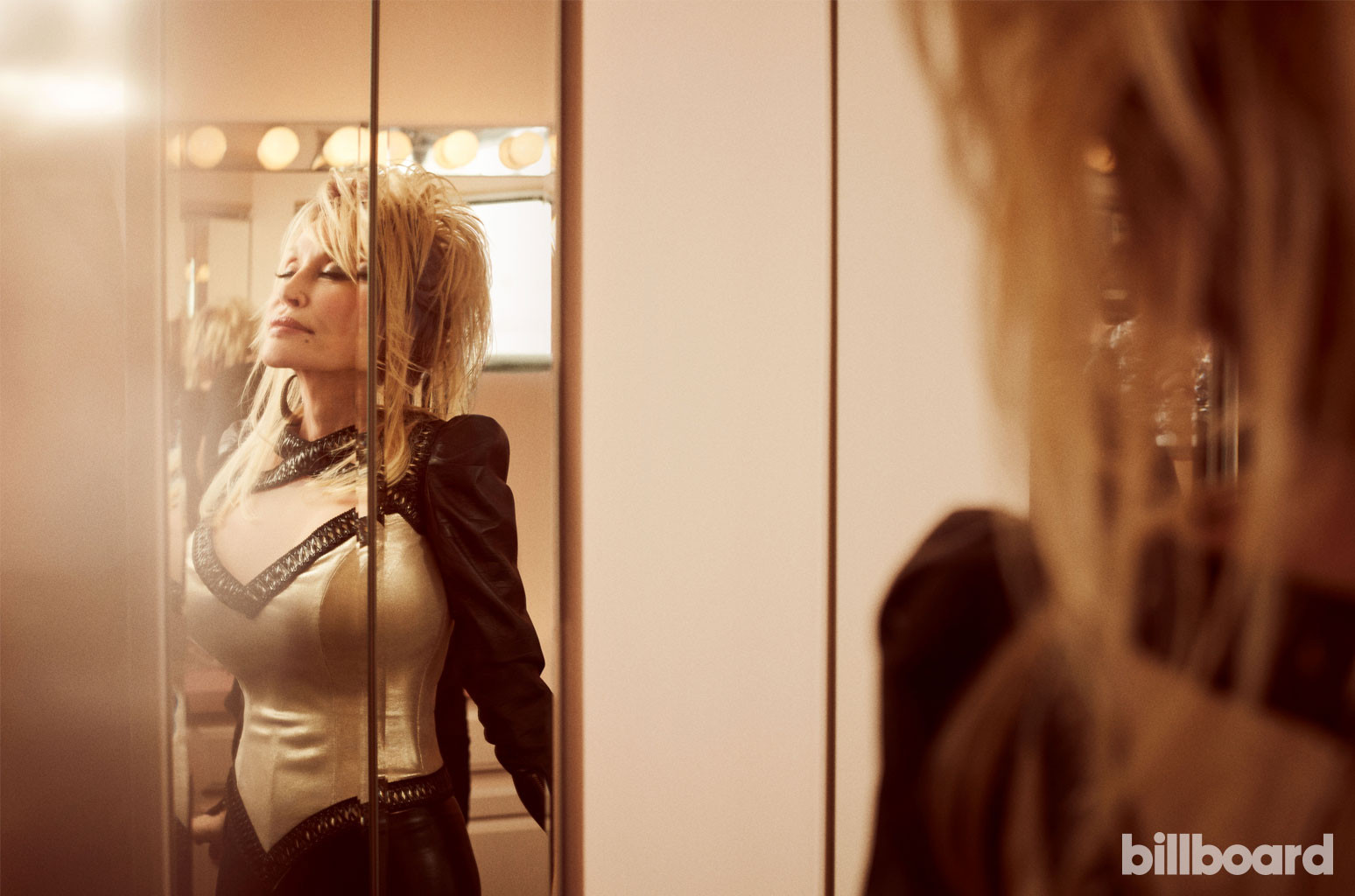 Dolly Parton didn’t just rework her 1980 hit “9 to 5” for her first Super Bowl ad; she also reworked her pink nail set as an instrument for an a cappella performance Monday (Feb. 8).

Parton looked pretty in pink for her effortless rendition of the revamped song, now dubbed “5 to 9,” which honors professionals using their off-hours to work on passion projects. The spot, for the website-building and e-commerce platform Squarespace, aired Sunday during the Super Bowl.

“Working 5 to 9, making something of your own now/ And it feels so fine to build a business from your know-how/ Gonna move ahead, and there’s nothing that you can’t do/ When you listen to that little voice inside you,” Parton sings on the revamped version. “Yeah 5 to 9, you’ve got passion and a vision/ ‘Cause it’s hustlin’ time, whole new way to make a livin’/ Gonna change your life, do something that gives it meaning/ With a website that is worthy of your dreaming.” 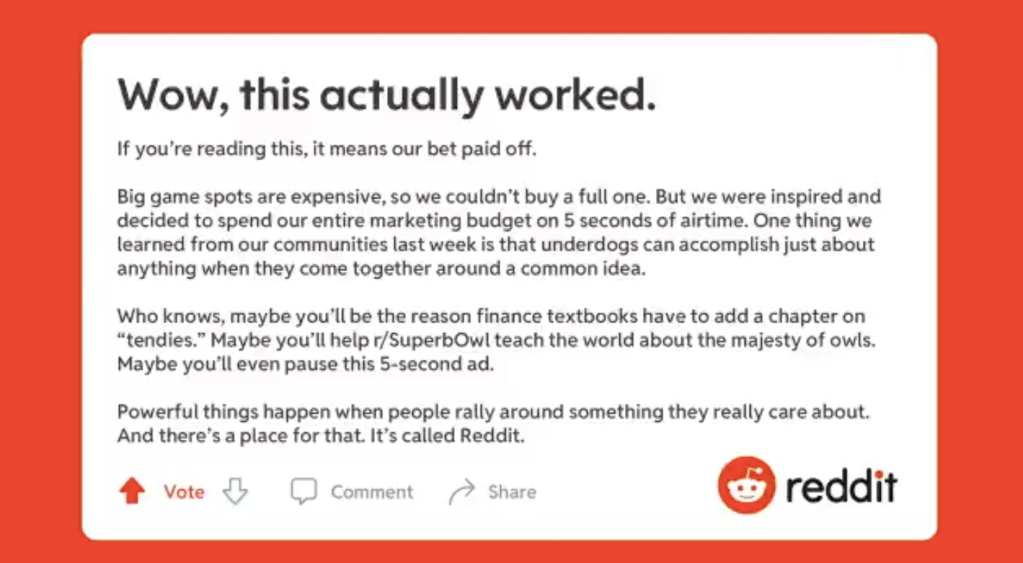 Reddit surprised keen-eyed viewers of the Super Bowl in major markets with a five-second ad that referenced the company’s involvement in the recent stock market frenzy that enveloped GameStop and AMC Entertainment.

The image-burnishing slate run by the Conde Nast-owned digital platform had to be paused to be read. The spot was not part of the national slate of advertisers for CBS’ Super Bowl LV telecast. But it did air on CBS O&Os and affiliates in nine of the top 10 markets including New York, Los Angeles, Chicago, Dallas, Atlanta, San Francisco and Washington, D.C.

“This ad is ultimately a celebration of Reddit communities, and an aptly-timed reminder that when people come together around their passion, powerful things can happen,” said Roxy Young, Reddit’s chief marketing officer. “We see this play out on Reddit, on varying scales, every day and it’s been so fun to see more and more people experience this in the past few weeks.”

The slate referenced the upheaval caused over the past week by the stock trading campaign from retail investors who rallied through Reddit and other social media forums to prop up stocks targeted for profit-taking by short sellers.

The spot opened as if it were an SUV commercial before splitting to an ominous test-pattern type screen and then shifting to a slate titled: “Wow, This Actually Worked,” followed by “if you’re reading this, it means our bet paid off.” Reddit explained that it decided “to spend our entire marketing budget on five seconds of airtime.”

The slate made pointed reference to the struggle between individual retail investors and institutional Wall Street when the stock manipulation campaign began to bid up GameStop shares to thwart the ambitions of short-sellers betting against the beleaguered brick-and-mortar retailer. The focus shifted to troubled exhibitor AMC Entertainment and American Airlines last week as the financial system and its regulators struggled to get a handle on the online uprising.

Reddit said the events of the past week demonstrate that “underdogs can accomplish just about anything when they come together around a common idea.” In a nod to the anger unleashed when the markets and regulators and investment app Robinhood, which couldn’t handle the run on usage of its commission-free trading platform.

“Who knows, maybe you’ll be the reason finance textbooks have to add a chapter on “tendies,” the slate read.

Ellie Bamford, head of media and connections for brand marketing agency R/GA, which developed the spot, said it had to be in an unusual format to get attention.

“We knew we had to break the mold and disrupt the current ad model. It wouldn’t be very ‘Reddit’ if we didn’t,” Bamford said. “The standalone 5-second spot in the big game not only piqued curiosity in real time, it continues to inspire people to build powerful communities around their passions. That’s a big impact in 5 seconds.”