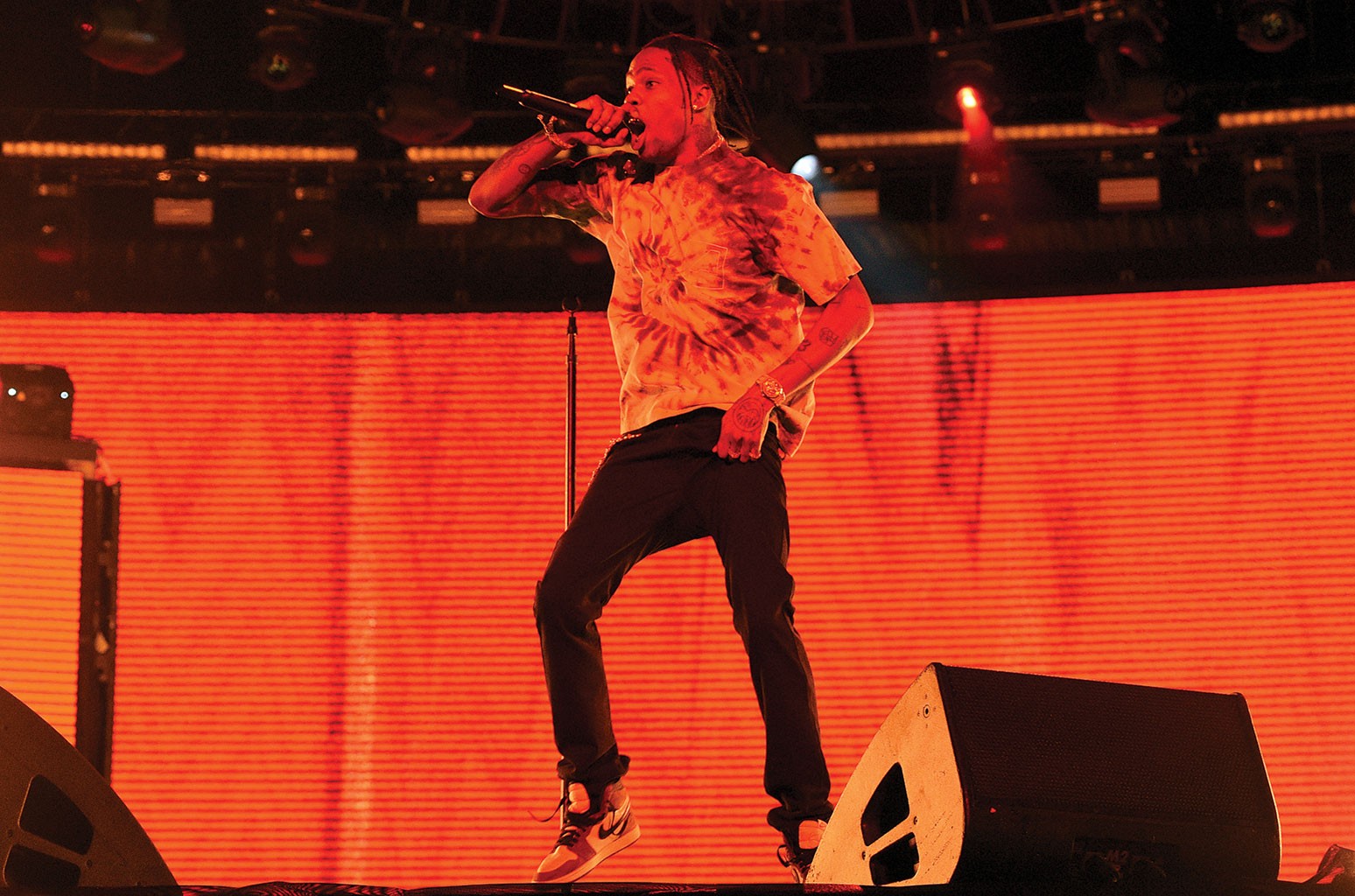 The Houston star caps his hometown event by headlining a two-day concert which, according to a statement from Apple, will stream in 167 countries and regions.

Astroworld the album was an astronomical success, pushing its way to more than half-a-million equivalent album units in week one.

All 17 tracks from it debuted on the Billboard Hot 100, including two in the Top 10 (“Sicko Mode” and “Stargazing”), making Scott just the fourth act to debut multiple songs in the tier simultaneously.

Along the way, he has collected eight Grammy Award nominations and launched a limited-edition partnership with McDonalds, becoming just the second-ever celebrity to team with the burger chain for a personalized meal, after Michael Jordan in 1992.

Read more here and watch the Astroworld: Live trailer below.

Music streaming services like Spotify — which has been a vocal critic of the service fees charged by Apple’s App Store specifically — will now be “eligible” for a service fee as low as 10%, Samat writes, though he refrained from laying out eligibility requirements in the post. That benefit will extend to ebooks, which was folded into Google Play’s “Media Experience program” earlier this year alongside on-demand music streamers. Samat adds that the fee cut was being implemented “to better accommodate differences in these categories,” for which “content costs account for the majority of sales.”

“The new rates recognize industry economics of media content verticals and make Google Play work better for developers and the communities of artists, musicians and authors they represent,” Samat continued of the decision to cut rates for music streamers and ebook developers.

That decision is notable, though it wouldn’t affect Spotify as things stand now; currently, the streamer does not allow users to pay for subscriptions through Google Play or Apple’s App Store due to the service fees assessed by those platforms. (In September, Apple announced that beginning next year, it would allow select apps it had designated as “readers,” including Spotify and Netflix, to include in-app links to external sign-ups, something it does not currently allow.)

Spotify did not respond to a request for comment.

Though Samat’s post doesn’t mention any of the recent legal, regulatory and legislative broadsides lobbed against Google and other tech giants, it nonetheless follows a host of significant developments on that front. This past July, attorneys general from 36 U.S. states and one district filed an antitrust lawsuit against Google, claiming the company had formed an unlawful monopoly in the Android app market. Among other alleged practices, the suit accused the tech giant of blocking Android apps not listed in Google Play from advertising on Google’s platforms, as well as mandating that all apps on Google Play use Google’s in-house billing method — thereby forcing consumers to unknowingly pay higher amounts that included service fees. (After the lawsuit was filed, Google called the attorneys general’s accusations “meritless.”)

Apple has also been a target of lawsuits over its App Store practices. Just last month, in a case brought by Fortnite developer Epic Games, a federal judge ruled that Apple violated California laws barring unfair competition by preventing third-party app developers from directing customers to alternative payment methods as a means of skirting the App Store’s service fees, which are structured the same as Google’s: 30% the first year and 15% thereafter. The ruling amounted to a mixed bag, however, as the judge stopped short of finding that Apple ran a monopoly — a charge that formed the crux of Epic’s complaint.

In the U.S. Senate on Monday, Sens. Amy Klobuchar (D-MN) and Charles E. Grassley (R-IA) introduced the American Innovation and Choice Online Act – a companion bill to one passed in June by the House Judiciary Committee – which would prohibit conduct deemed to be “harmful to small businesses, entrepreneurs and consumers, but that do not have any pro-competitive benefit.” Though the House bill is currently awaiting a vote in the full chamber as its sponsors haven’t yet secured the support needed for passage, bipartisan support for reining in big tech continues to gather steam on Capitol Hill.

In a statement, Spotify head of global affairs and chief legal officer Horacio Gutierrez hailed the Senate bill, writing, “Gatekeeper platforms use their power to distort markets by manufacturing self-serving advantages at the expense of American consumers and competitors. They offer users fewer, less innovative choices and insulate themselves from competition, which leads to higher prices for consumers.” He added that Spotify looks “forward to Congress bringing an end to these discriminatory practices for the sake of consumer choice and the digital economy.”