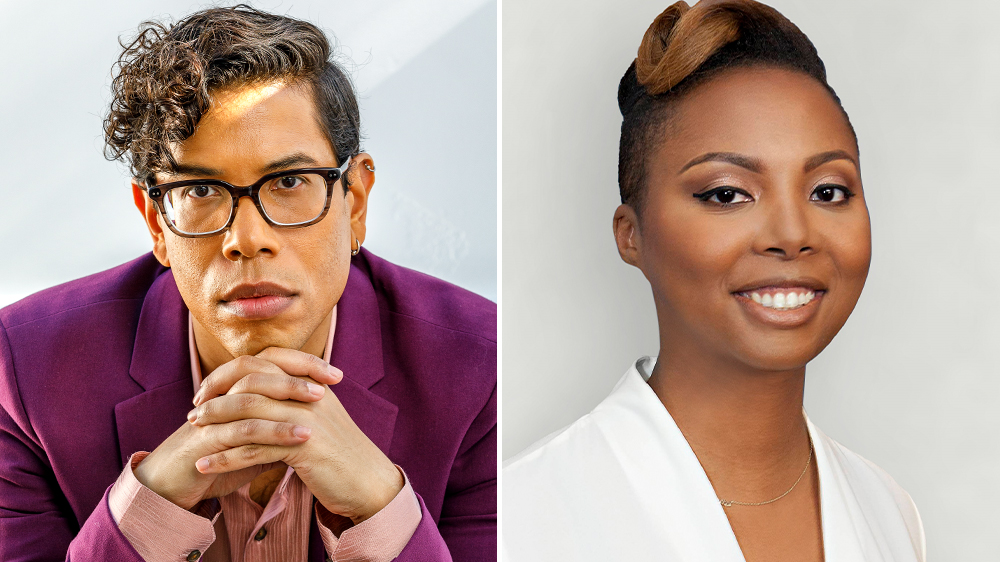 Back when Steven Canals was working on the first season of “Pose,” he and Misha Green had a conversation at a bar about the importance of using their voices as storytellers to make material for their communities.

“Pose,” now wrapping up its third and final season, is an example of that, as Canals centered LGBTQIA+ characters of color in a narrative about the complexities of living amid the HIV/AIDS epidemic in 1990s New York City. And Green proved she takes her own advice with the genre-blending first season “Lovecraft Country,” which followed Black characters fighting against supernatural entities and American racism.

Variety brought Canals and Green together to discuss their approach to these shows, including writing what they know and love, telling tales of love and family amid trauma, and why directing is additive to their industry experiences.

Family is a central theme in both of your shows, but through blended and chosen families, which are still not widely talked about in some communities, let alone on TV. Why was that important for you to explore?

Misha Green: With “Lovecraft Country,” at the end of the day, it’s a genre show, but we say it’s a family show. That’s what we’re sitting in the writers’ room talking about — all of the crazy, fucked up things of generational trauma and what that means. That’s what we’re really looking to explore with the metaphor because I think that’s why we watch TV: We watch TV to see characters go on journeys that are more than two hours, so we start at family and what family means, especially for Season 1.

Steven Canals: Yeah, I cosign what Misha says because she’s brilliant. Similar to what Misha just said, “Pose” is a family show, but it’s rooted in trauma. The reality is that, specifically on our show, we’re investigating the HIV/AIDS epidemic through these queer and trans Black and brown people. And so, we’ve taken the lens — which is always firmly planted on white people, quite frankly — and we just shifted it. We shifted the lens about 15-degrees and said, “Hey, there was a whole other group of people who were being deeply impacted by this epidemic in this country because of our government and their lack of a response.” We’d never thought to highlight what the experience was like for them and the ways that all these additional intersecting identities, like class and gender, impact the ways that this epidemic affected the community.

Green: What was that like for you when you were pitching this story — to shift this lens away from centering on white maleness?

Canals: On the page it was easy; pitching it was tough for a couple of reasons. Just before I met Ryan Murphy, who said, “I’m going to take you into FX and we’re going to get the money that you need to make it,” I pitched it at a studio that shall remain nameless and there was a gentleman in the room who was maybe early 50s but clearly had lived through the beginnings of the HIV/AIDS crisis in the ’80s. And so, I get through the pitch and the first thing that he says to me is, “I don’t understand why you’re telling the story.” The way that he phrased it, which I thought was really fucking rude at the time, was like, “Why should we trust you to tell this story?” And so, suddenly it became this thing where I was having to defend what my lived experience was and how, even if I was a young really young person, the HIV/AIDS epidemic impacted my life and my upbringing and the people around me and my community growing up in housing projects in the South Bronx. It was tough to get people to invest in the story, as much as it was tough to get folks to invest in me as the storyteller, which I wonder if you also felt like you had some of those same barriers because you weren’t alive at the time period that you’re capturing on the show.

Green: Not really because [my previous show] “Underground” was [about] slavery, so they’re like, “Of course you’re born in slavery.” I think that most of the issues I came up against with “Lovecraft Country,” [were] fighting for the story, being like, “We’re decentralizing white men” and people are like, “Wait, we don’t get it. Wait, we don’t understand the story told about women.” Outside of that, I think it was the budget size of it, being like, “No, guys, I can, it’s really OK.” When you have a lot of money, you have all these tools [and] I feel like that was a big part where it was a lot like, “Oh, but this is VFX and CGI, and can you handle that?” And you’re like, “It’s not that complicated, there’s a whole department specialized to do it, guys.” And so, I think it’s that hesitation: new stories plus new people, where they’re like, “We are used to white men looking like the bosses, so this makes us feel shaky.”

Canals: One of the things I love so much about your first season is the ways that, in spite of it being a period piece, it still feels so modern. I think it’s a credit to your writing and to the room, but there’s one specific choice that you make throughout the series that I think definitely brings it to the modern era, and it’s something that I think our shows overlap in as well, which is your music choices. And so, I wonder was that just a creative choice that you made to have music of this era, or was that done in a way to assuage whatever fears folks had about it being a period piece?

Green: I did the same on “Underground” and for me, music is timeless, I feel like I can hear something from 1802 would be like, “That is a hit, wow.” For me, it’s a way to bridge time. A Cardi B song can apply to this just as anything from that period and I think that that was really what was fun about this one — using period-specific music, using contemporary music and then also using found audio and jumbling it all up to see if it can work. I love things that are complicated and are like 200 things going on at once.

You both touched on the trauma your characters are experiencing, which is rooted in the realism of their experiences. But without the balance of the love stories in your shows or the more stylized elements, like balls in “Pose” and monsters in “Lovecraft Country,” could sit too heavily for some. How do you approach these conversations while you are making your art?

Green: It’s a hard question to answer because horror is my favorite genre, and horror is about that — it’s about excavating the monster and then beating the monster. And so that’s why, when it’s this conversation of trauma porn, it’s hard for me to engage in it because I’m moving in a genre that moves in trauma. And so, to do a horror movie without trauma, those don’t exist. I would never dare tell the audience how to interact with anything they’re watching: You have to decide what is too much trauma for you and what is not. I also love gore. When I say I love the horror genre, I love all of it. I can sit the goriest things, and I’ll sit there and be like, “Wow, they just stepped on that guy’s head and the whole thing crunched and how did they even do that?” I’m that person. So I want to contend with the real world. You can be an artist who lives in a fantasy or you can be an artist that lives in the real world, and you can switch back and forth when you want to, but I love, even in the fantasticalness of it all, it as a metaphor for something real. I have to look at people emoting. That’s why I don’t write comedy.

Canals: I think it’s also a question of authenticity and being hyper-aware of the audience. In the case of “Pose,” there was never a question of me positioning my characters as poor or working class; that was my experience. I grew up for a period of time in a single-parent household in housing projects in the South Bronx. If I would have positioned these characters in any other place it wouldn’t be authentic to my experience, and I think the audience would suss that out very quickly as well. And so, there was just no question around where these characters should be [or] what their lot in life is, so to speak.

Looking at some of the other thematic elements, like the love stories, are these story areas for which you write from your own experience? How do you approach the authenticity there?

Green: I’m not writing from experience! That’s the fantasy part of it. [Laughs.] I honestly don’t think too much about the love stories because I do feel like it’s kind of old hat: every movie you watch is a love story. That’s the storytelling mechanism that’s so ingrained. We all are out here looking for connection, for love, and where does that happen? A friendship story is a love story, everything is a love story, so that’s why it feels very organic and easy for me.

Canals: Yeah, I think to Misha’s point, I don’t know that it’s up front and center. I think there are the obvious love stories within “Pose,” like Ricky and Pray Tell’s relationship, which we obviously lean into in the final season, and then there are these untraditional love stories which we have been telling since the very beginning but I don’t know if anyone would ever consider it that unless you really sat down and investigated it deeply. The relationship between Blanca and Pray Tell is absolutely a love story.

Green: And that’s what I mean by the friendship story is a love story. And it [is] rarely told. You watch things and you’re like, “Is anybody friends? Do they have friends? Do they have support systems around them? No, they’re all just these lone wolves doing things.” That’s not how my life looks, so why do we keep telling these stories about these individual strong men and women who can do it no matter what? I feel like that’s one of the things I love the most about “Pose” — that relationship between them, because it is it’s a friendship but it’s also a love story.

Canals: It’s funny, too, because specifically thinking about our shows is that regardless of the dynamic between the characters, they both have love stories in them, and tho