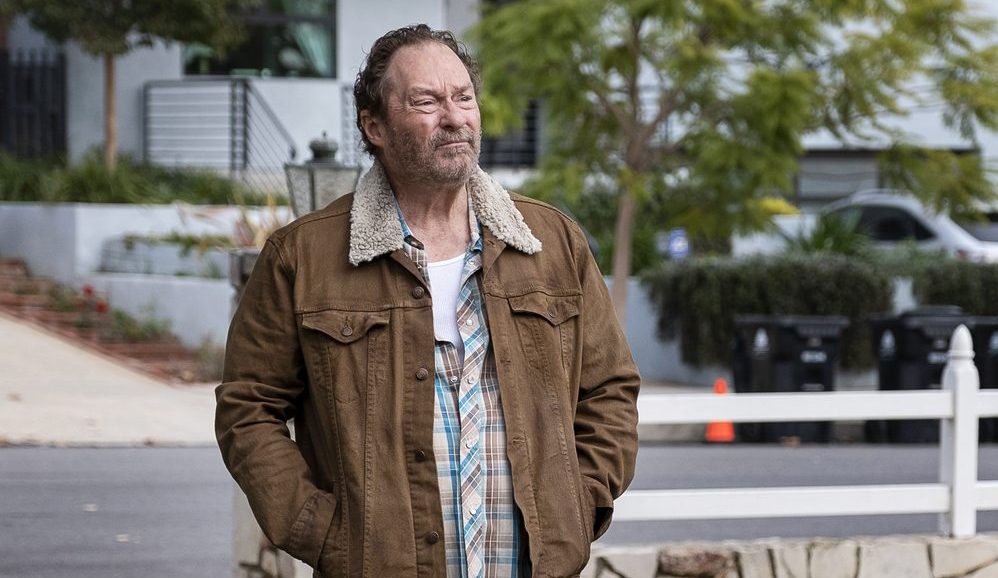 Spoiler Alert: Do not read if you haven’t watched “candy asses,” the seventh episode of “Barry” Season 3, streaming now on HBO Max.

In “710N,” the sixth episode of “Barry’s” third season, Monroe Fuches (Stephen Root) comes close to finally turning over a new leaf. The selfish, cowardly criminal, currently waging a war against his surrogate son and former crime business partner Barry (Bill Hader), gets shot and left for dead by a group of motorcyclists he hired for his latest plan. After getting nursed back to health by a kindhearted rancher living in the desert, he seriously considers abandoning his quest for revenge in favor of settling down with the man’s daughter, Anita. But when he sees a newspaper story about Barry and his other mentor figure, acting teacher Gene Cousineau (Henry Winkler), he steals the rancher’s truck and races back to Los Angeles to get the retribution he thinks he deserves.

It’s very likely that viewers watching the episode will have a sense of deja vu, because Fuches went through essentially the same arc earlier this season, in the third episode, “ben mendelsohn.” After Barry’s attempt to kill him in the Season 2 finale, Fuches spent the early part of this season hiding out in a ranch in Chechnya, where he comes to enjoy the simple life there and develops a connection with his caretaker. But all it takes is a bitter phone call with Barry and a severe misinterpretation of a fable about the dangers of vengeance for him to fly back out to America, intent on raising an army to ruin his surrogate son’s life. For Root, the repetition of the same storyline this season isn’t a flaw, but the entire point of the character’s journey.

Fuches’ inability to let go turns out to be his downfall in “candy asses,” the penultimate outing of the season. After getting a phone call from Jim (Robert Ray Wisdom), the father of Janice Moss (Paula Newsome), Fuches shows up at his house intent on convincing him to go after Barry, only to be driven straight to the police station, where he’s arrested in suspicion of Janice’s murder. Even in captivity, though, he still manages to drive another person to pursue his quest for him, after a tense interrogation with FBI agent Albert Nguyen (James Hiroyuki Liao), who served in the Marines with Barry, during which he reveals Barry’s bloody history and his own culpability in it.

Ahead of Episode 7, Root chatted with Variety about traveling the world with Fuches this season, imagining his own backstory for the character and how much longer he thinks Barry can get away with his crimes.

The cast has been so split up this season that you haven’t had a single scene with Bill Hader that wasn’t a phone call. With that in mind, what did shooting the season look like for you?

It was a weird experience. At the beginning of the year when we started to get a couple of scripts, Bill calls me after the second or third script and said, “Look, you know, we’re not going to have any scenes together, except for maybe two phone calls” and I went “What?” So yeah, it was absolutely bizarre. I worked with some great actors this year, but almost none of the cast. I talked to Barry a couple of times, and Hank [Anthony Carrigan] a couple of times on a phone call. So, completely bizarre season that way, but the writing is so good on this show and everyone’s great. It’s wonderful to have a big arc for Sarah [Goldberg] to do this year.

In Episodes 6, Fuches comes so close to giving up his pursuit of revenge, but what makes him change his mind is seeing a newspaper story about how Cousineau’s acting class helped Barry. Why is that what triggers him to leave?

It’s all within the psychology of this character. He really loves Barry, he really does. But he’s the kind of person that, even if he’s having an idyllic life, he’s too psychotic to not go back to revenge. And that’s just built in. The original concept for this guy was a very screamy, yelly type of guy, and it wasn’t until we redid the first episode to make him into more of a bad uncle that we found him. So starting from that point, and his real love for Barry, because no matter what they go through, he comes back to saying “I love you, and why aren’t we working together?” That’s his main motivation, “Why aren’t we working together?” — and any way that he can make it happen, he will. but it’s gotten to the point, with somebody with PTSD, that he’s just ready to kill him now.

You say he really does care for Barry. I don’t know if that was something I’ve always believed about him. The most obvious way his love manifests is in this possessiveness of Barry, and jealousy towards others who are close to him. Especially Cousineau.

Yeah, but that jealousy came for love for Barry. I mean, he’s for himself 98% of the time. 1% loves Barry, and the other percent hates Barry. That’s pretty much what I’ve learned about this guy.

Fuches’ inability to break out of old patterns, that’s a big theme of the season. All of the characters have had opportunities to better themselves, but they keep falling back into old patterns and mindsets. Why do you think these people can’t improve?

They’re real people, and that’s how real people are. They go through, “I hate you, I love you, I don’t want to see you, I’d like to see you tomorrow.” And it just reflects real life because the writing is so good. Everybody could improve — nobody will. Especially Fuches.

The title of the episode comes from the car ride conversation between Fuches and Jim. He says he was a fighter pilot in Vietnam and got shot down and captured, and he refers to the opposing side as “Candy asses.” What did you make of that conversation between them, and the way Fuches reacted to the story about how Jim convinced his captor to kill himself?

Fuches’ character, he was in the service, he did know Barry’s dad, but he was the kind of guy that was behind the lines, selling all the equipment that the frontline people would need. That’s the kind of guy he was and that’s the kind of backstory I have in my head. So he’s trying to impress a fellow Marine guy, like “Yeah, I did that. I’m this guy.” And of course this entire time, he’s being taken to the police station, which is a wonderful way to go. We’ve gotten Fuches to the police station before, but we haven’t gotten to the point where he most likely isn’t going to get out now.

What was it like shooting the big scene between you and James Hiroyuki Liao that closes the episode?

I loved James, his energy is so fantastic and so New York. It was like grabbing a piece of Brooklyn and plopping it in this show, and it was fantastic. You’ll also see some amazing stuff in Episode 8 by him as well. So it was great to have him but for me, I knew about this scene early in the process. And Bill said, “We really want to get this in one take.” Even though James is there, and has lines, it’s kind of a monologue from me, trying to figure out from the middle of this conversation, how can I take this over, and make him go do what I want to do? So we ended up using one close up take of me trying to convince him. So I’m glad that worked out, I thought it worked for the piece.

It was interesting that the final line Fuchs has in the episode is “Barry’s a good guy.” That’s what he tells Albert, even as he’s revealing Barry’s secret. What did you make of that?

I think it’s twofold. Again, his love for Barry and his rascally nature, he used both of them. He used his real love to say “No, he’s a good guy, but you should probably kill him.” So I get to use both of those emotions for those characters, and it’s very fulfilling.

Do you think Fuches has any guilt—

Nope! Let me answer that right away!

You don’t think he has any sense of guilt for his actions?

We don’t get a ton of info about what Fuches’ relationship with Barry was like before the series started. How have you thought about their history together, and how Fuches turned Barry into a hitman?

You get the sense that he grabbed him as soon as he got out of the army, he said “This is somebody I can mold. Somebody I can work around around, tell them what to do.” Hence the bad uncle. I think he eased him into it over probably a period of a year. Until he had done it, it was good. At least that’s what’s in the back of my head. By then, it’s just a business, it’s a nice business, let’s keep doing it. But it probably took him, by the time Barry got out of the Marines, a year to turn him into a hit guy. That’s my timeline.

The episode feels very dreamlike to me. Obviously you have Barry’s storyline, which is a literal dream sequence, but the episode in general feels more heightened and surreal than “Barry” usually is. What’d you make of it when you first read it?

I kind of reckoned it to Episode 5 last season, “ronny/lily.” Beautifully directed, surreal, more surreal than we’ve seen in a while. We’ve seen a lot of flashbacks and surreal life of him being married and having kids and stuff. But this is much more bizarre and completely connected to his PTSD. But that allowed Bill to use some really interesting visual techniques to show where Barry’s head is at.

Hader directed the majority of the season and he’s directing the entirety of show’s fourth season. What’s he like as a director?

Very specific, which is great. He’s cutting it in his head as he’s going along, which is great because then you’re not shooting extraneous stuff that maybe will fit in later — he’s already got it. It’s so very specific in terms of direction, and directing actors as well. He’s very specific about what he wants to see you do, what he wants to see in your face. And then within that, you get to have fun takes where you’re not necessarily saying the dialogue on the page and you can improv a little bit, but I would say most of it is just scripted, with a few ad-libs. I really admire him as a director. I love Alec [Ber