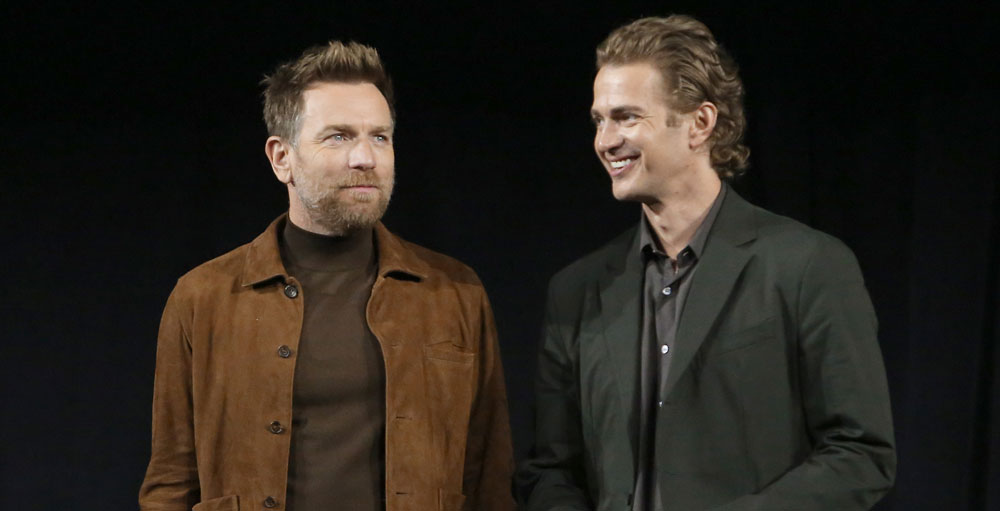 Obi-Wan and Darth Vader are back together for the first time since 2005.

Ewan McGregor and Hayden Christensen return to their iconic roles from the “Star Wars” prequel series in the new Disney+ limited series “Obi-Wan Kenobi.” For the stars, it’s been a long journey since the prequels premiered.

“For the response not to be rosy when they came out, was hard. It was hard,” McGregor told Variety’s Marc Malkin on the red carpet at Star Wars Celebration in Anaheim on Thursday. “I think it made me sort of put my blinkers on a little bit… Over the years, I’ve felt now the appreciation for the prequels, the warmth that there is for the generation that we made them for. For them, our ‘Star Wars’ films are their ‘Star Wars’ films.”

Christensen, who has gone full Darth Vader for the first time with “Obi-Wan Kenobi,” was beyond happy to get the call from director Deborah Chow about reprising the role as the broken Anakin Skywalker. When asked if he ever believed he’d be coming back to Star Wars, he answered, “For the longest time, no I did not. I guess maybe a few years leading up to it, the idea started to percolate in the back of my head and I thought that there is certainly more there to explore. And I’m so happy to get to do so.”

To Chow — who previously directed on “The Mandalorian” before taking on all six episodes of “Obi-Wan” — having Christensen back was essential.

“We’re so connected to the prequels and ‘Revenge of the Sith’ and, obviously having Ewan back, but to have Hayden back, I don’t think it would have made sense otherwise,” she explained.

While the series features many fan-favorite roles from the past, it also introduces a number of new characters. Moses Ingram stars as Inquisitor Reva, a powerful Sith force-user from Darth Vader’s death squad tasked with finding and killing the universe’s remaining Jedis. For Ingram, taking on the role was astonishing.

“It’s really dope,” she explained. “And Suttirat, our costume designer is amazing so putting on the suit does a lot of the work for you. It just makes you stand up and walk around all big. And Deb plays the music while we’re filming, so it’s really crazy.”

For more “Obi-Wan Kenobi” scoops, watch the full interviews with McGregor (above) and Christensen (below). The first two episodes of the series are now streaming exclusively on Disney+. 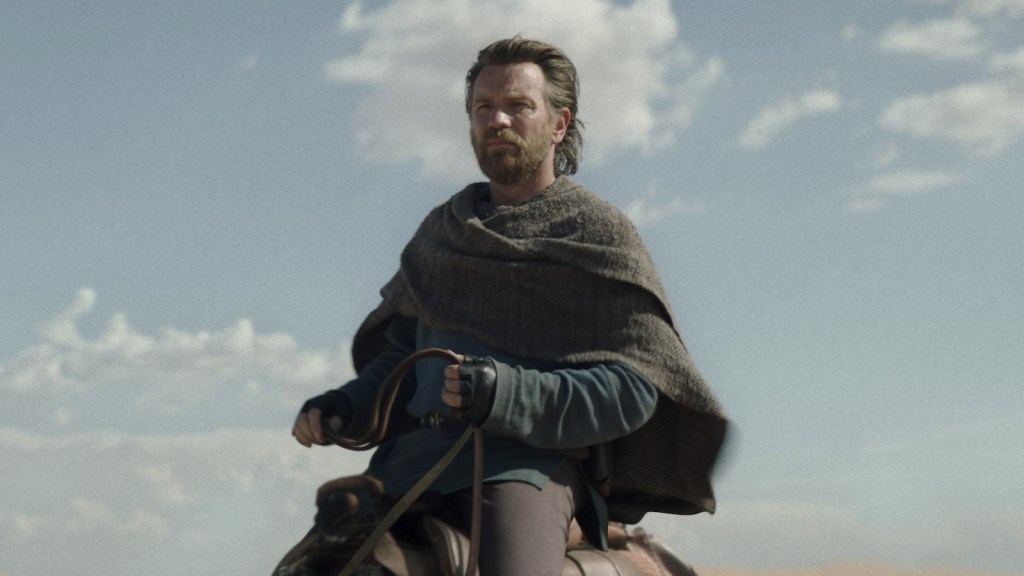 West Coast viewers will be able to stream the first two episodes of the show, starring Ewan McGregor and Hayden Christensen, starting at 9 p.m. PT. Originally, they were set to become available at midnight.

The news was announced in a tweet from the official “Star Wars” account. “The time for @ObiWanKenobi has arrived… early,” the tweet reads. “Start streaming the first two episodes TONIGHT at 9 p.m. PT on @Disneyplus.”

The time for @ObiWanKenobi has arrived…early.
Start streaming the first two episodes TONIGHT at 9PM PT on @Disneyplus. pic.twitter.com/LgdRC51GW2

Earlier today at the Star Wars Celebration convention in Anaheim, Calif., “Star Wars” fans were surprised with a premiere screening of the show at 7 p.m. PT — and now viewers at home will be able to watch “Obi-Wan Kenobi” early as well.

The Disney+ series is the culmination of years of planning at Lucasfilm to revive McGregor’s performance as Obi-Wan from the “Star Wars” prequel trilogy. Initially, the actor was meant to star in a standalone feature film directed by Stephen Daldry (“The Hours”). After the box office failure of “Solo: A Star Wars Story” in 2018, however, Lucasfilm scrapped its standalone movies and refocused on creating shows for Disney+, and the runaway success of “The Mandalorian” rekindled hope that McGregor would don Obi-Wan’s robe again for a streaming series.

The actor finally confirmed the news to great fanfare at the D23 Expo in August 2019, but a planned shoot in 2020 with “The Mandalorian” director Deborah Chow was delayed when the original head writer, Hossein Amini (“The Alienist”), left the production. After Joby Harold (“Army of the Dead”) was hired to take over, the six-episode series was delayed again due to the pandemic. Disney finally announced in February that the show would debut on Disney+ on May 25, 2022, and then in late March, pushed the release two days to May 27.

“Knights of the Old Republic, a lot of fans want to see that, is there any development of that?” MTV reporter Josh Horowitz asked Kennedy during Star Wars Celebration last weekend.

“You know, we talk about that all the time,” Kennedy said. “Yes, we are developing something to look at. Right now, I have no idea where things might fall, but we have to be careful that there is a cadence to Star Wars that doesn’t start to feel like too much. We don’t have a crystal ball, you know, we tried a little bit with ‘Solo’ to see if we could do two movies a year and whether or not there really was an opportunity for that, and we felt that’s not going to work. So, we back off of that a little bit. But it doesn’t mean we don’t think about lots of different stories, because that’s the exciting thing about this universe.”

“Knights of the Old Republic” was first published by LucasArts in 2003 and is widely considered one of the best role-playing games of all time. It takes place about 4,000 years before the founding of the Galactic Empire. A Sith Lord named Darth Malak has unleashed an armada against the Republic, and the player is a Jedi tasked with stopping him. A sequel developed by Obsidian Entertainment released in 2004. Both are still available today on PC in places like Steam and GOG.com, as well as on iOS and Android.

If a “KotOR” project is going on at Lucasfilm, it’s likely in the very early stages, or it might just be a pitch, judging by Kennedy’s vague comments. But, it’s also worth noting that director Rian Johnson and “Game of Thrones” showrunners David Benioff and D.B. Weiss are planning new “Star Wars” trilogies. While Johnson has already confirmed his trilogy won’t involve the Old Republic, no one knows when or where Benioff and Weiss’ project will take place.

“Star Wars Jedi: Fallout Order,” Respawn Entertainment’s long-awaited action adventure game, will be revealed in Chicago during the Star Wars Celebration in April, according to the StarWars.Com website.

A special panel on April 13, will give would-be players a first look at the EA published game that centers around a Padawan who survived Order 66 and explores the galaxy in the time after the fall of the Jedi Order. The discussion will feature never-before-released details ahead of the game’s fall 2019 release, according to the site.

Other video games that will make an appearance at the annual Star Wars event include “Star Wars: Galaxy of Heroes,” “Star Wars Pinball” and there will be a special event for “Star Wars: The Old Republic.”

Earlier this month, the company announced that filming for “Star Wars Episode IX” had officially wrapped, bringing an end to a franchise that has spanned more than 40 years and eight films.