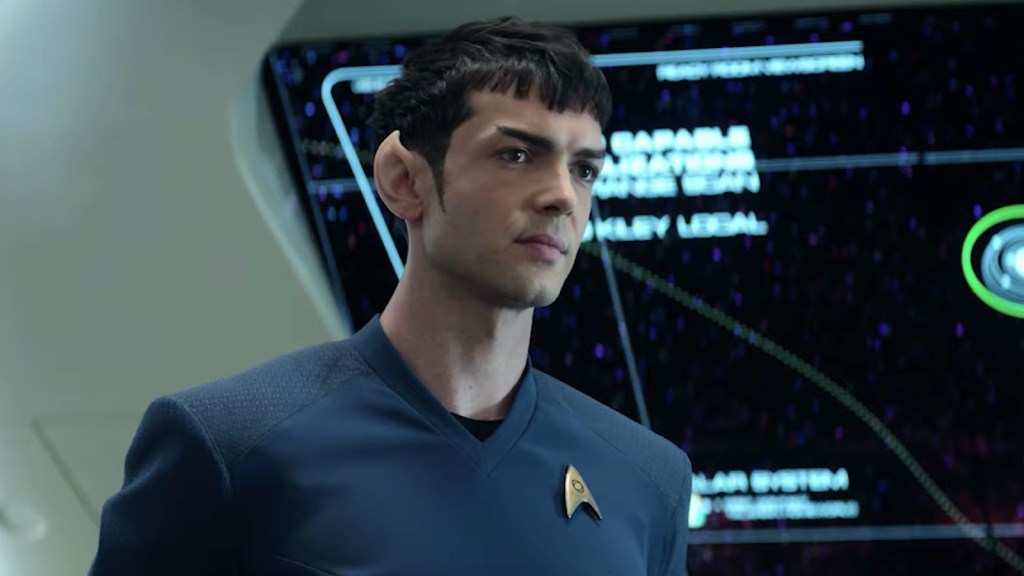 The “Star Trek” franchise celebrated 55 years of boldly going where no one has gone before with a three-hour live presentation of all five ongoing “Trek” series for Paramount Plus — including the new series “Star Trek: Strange New Worlds,” Season 2 of “Star Trek: Picard,” Season 4 of “Star Trek: Discovery,” and the animated series “Star Trek: Prodigy” (premiering later this year) and “Star Trek: Lower Decks” (currently streaming its second season). Along with retrospective looks at past “Trek” series from actors of color who starred in them, the “Star Trek” Day event also is featuring first looks, trailers, and major announcements for the ongoing series.

“The goal for us has been to really try to make sure that each ‘Star Trek’ show has had its own identity, its own individual reason for being,” said Alex Kurtzman, who’s served as the admiral leading all of the “Trek” TV efforts for Paramount Plus.

Asked by moderator (and “Star Trek: The Next Generation” alum) Wil Wheaton about the future of “Trek” on TV, Kurtzman said that with five ongoing series, he’s “not in a hurry” to launch any more. But he did bring up the fan enthusiasm for a series set at Starfleet Academy.

“I know there’s been a lot of conversation about Starfleet Academy, which we are very excited about,” he said. “When we talked about, there’s this new generation that’s going to inherit the problems of the old generation, what are they going to do to make the world better to solve it, how are we going to avoid the mistakes of our elders, and how are we going to learn from the wisdom of our elders — that’s a really wonderful thing to consider when you think about something like Starfleet Academy.”

This story will regularly update as the presentation unfolds, with the newest information at the top of the post.

Ever since the announcement of the first “Trek” TV series set on the U.S.S. Enterprise since “Star Trek: Enterprise” ended in 2005, fans have known that “Strange New Worlds” would feature three major characters that date back to the first pilot episode of “Star Trek” (that NBC infamous rejected as too cerebral): Capt. Christopher Pike, his first officer Number One, and Vulcan science officer Spock.

Anson Mount stepped into the role of Pike in Season 2 of “Discovery,” along with Ethan Peck as Spock, and Rebecca Romijn as Number One. “Strange New Worlds” follows their exploits after Pike and Spock return to the Enterprise – and it turns out these three characters aren’t the only iconic Enterprise crew members “Strange New Worlds” is bringing back to TV.

A featurette introducing the full cast also officially reveals the full name for Number One: Una Chin-Riley. You can watch it below:

The fourth season of the mothership series for the newest iteration of “Trek” TV series will debut on Thursday, Nov. 18 on Paramount Plus, panelists announced on Wednesday. The new season is the first in which Michael Burnham (Sonequa Martin-Green) will serve as captain of the U.S.S. Discovery, which leapt nearly 1,000 further into the future for Season 3. In the newest season, Burnham and her crew will be faced with an immense gravitational anomaly — five light-years in size — that threatens all life across the galaxy.

Cruz revealed that the promise at the end of Season 3 that Dr. Culber made Gray — who was a non-corporeal entity attached to his beloved, Adira (it’s “Star Trek”!) —  that Gray will get a corporeal body will be realized in Season 4. It’s all part of the found family that Culber and Stamets made with Adira and, in effect, with Gray.

“It’s been a really fantastic way to spend a season, to create this family where people are relying on each other and supporting each other and creating the world that we all deserve to live in,” Cruz said.

That found family quality translated off stage, too. Del Barrio, who had never worked on a set before getting cast as the first non-binary regular “Trek” character, said that they have both Cruz and Rapp “on speed dial” to ask both actors “for parent-related things.”

The cast and creators of the first “Trek” series aimed specifically for younger audiences announced that the show will premiere on Thursday, Oct. 28, with a one-hour episode. Kate Mulgrew — who plays a holographic version of her “Star Trek: Voyager” character on “Prodigy” — introduced the official trailer for the show. The series follows a crew of young aliens who stumble upon the experimental Federation starship the U.S.S. Protostar, but they’ve never heard of Starfleet or the Federation.

It’s up to Janeway’s hologram to teach them how to use the ship to navigate the cosmos, while villains the Diviner (John Noble) and Drednok (Jimmi Simpson) pursue the ship for their own nefarious ends. “Prodigy’s” voice cast also includes Brett Gray (as Dal), Ella Purnell (as Gwyn), Angus Imrie (as Zero), Rylee Alazraqui (as Rok-Tahk), Dee Bradley Baker (as Murf) and Jason Mantzoukas (as Jankom Pog).

You can watch the trailer here: