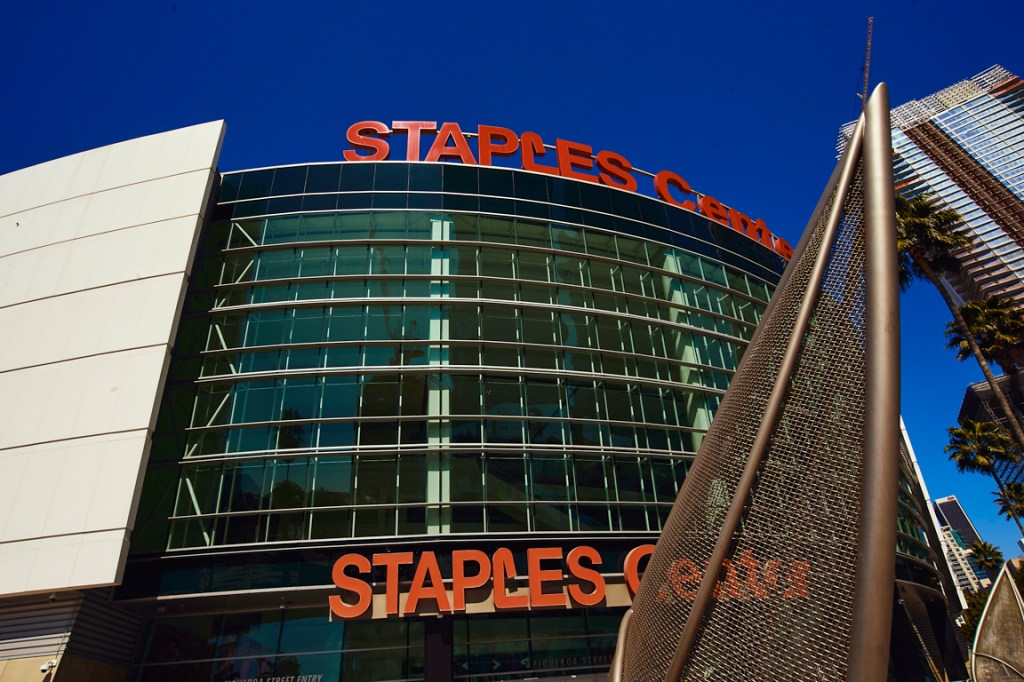 Staples Center will be renamed Crypto.com Arena as part of a new 20-year naming rights agreement. The cryptocurrency platform announced the partnership on Tuesday evening.

The iconic downtown Los Angeles stadium that hosts large-scale entertainment events and the NBA’s Lakers and Clippers, the WNBA’s Sparks and the NHL’s Kings will officially take on its new name on Dec. 25. The cryptocurrency platform and sports and live entertainment company AEG will unveil the venue’s new logo and other branding on Christmas Day, when the Los Angeles Lakers host the Brooklyn Nets. The 20,000-seat building’s external signage will be replaced and updated by June 2022.

“The city of Los Angeles and the people who call it home have always been pioneers, pushing the boundaries and innovating as the undeniable global leaders of culture and entertainment,” Crypto.com co-founder and CEO Kris Marszalek said in a statement. “We’re very excited about partnering with AEG and investing long term in this city, starting with Crypto.com Arena in the heart of downtown, and using our platform in new and creative ways so that cryptocurrency can power the future of world class sports, entertainment and technology for fans in L.A. and around the world.”

The agreement is only the latest episode of a marketing blitz that Crypto.com has kept rolling throughout the fall. The company premiered an advertisement featuring Matt Damon in October. The high-profile renaming also reflects the growing normalization of cryptocurrency in American culture.

“This partnership is about the future,” said Dan Beckerman, president and CEO of AEG. “AEG and Crypto.com not only share a vision about innovation and the future of sports and entertainment, but we also have a shared commitment to our communities where we work and live. We look forward to partnering with Crypto.com to create meaningful initiatives to bring that vision to life in the years to come.”

Before the venue opened its doors in 1999, Staples Inc. won its original moniker in Dec. 1997 with a 10-year deal worth $100 million. The retail company re-upped its naming rights in 2009, though AEG purchased the naming rights back for an undisclosed amount in 2019. AEG’s deal with Crypto.com reportedly began with conversations around the end of the past summer.